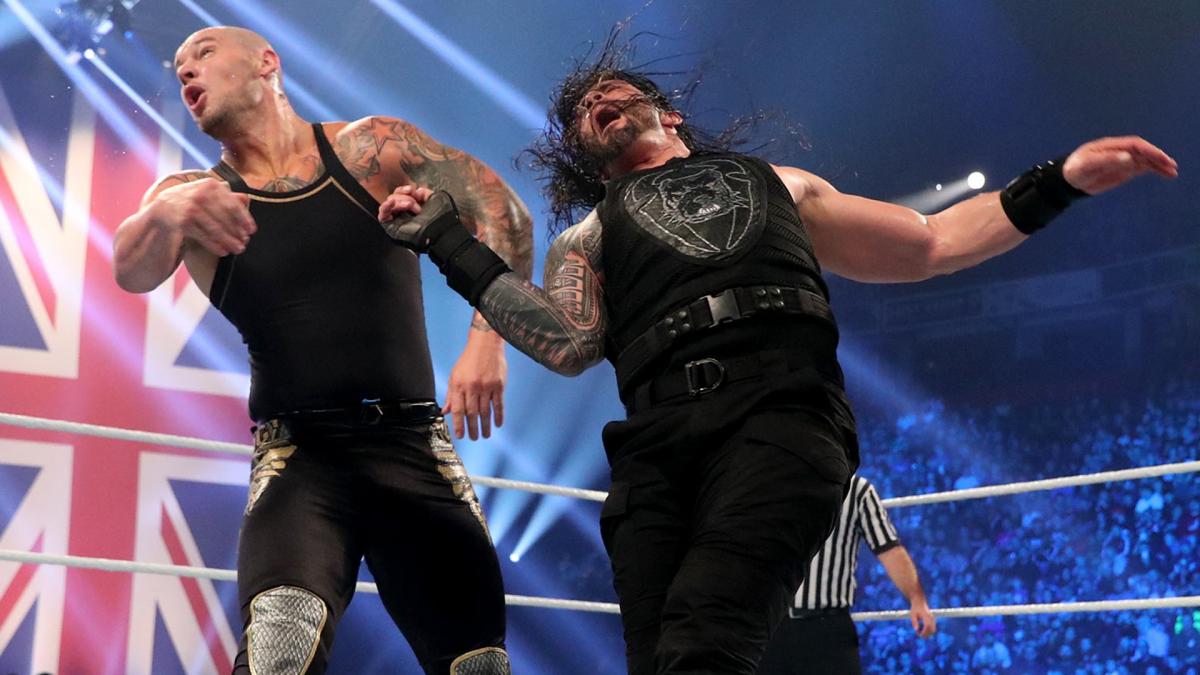 With Roman Reigns and Baron Corbin both pulling double duty at tonight’s (Sun., Jan. 26, 2020) WWE Royal Rumble pay-per-view (PPV) at Minute Maid Park in Houston, Texas, it was decided they would start the main card with their Falls Count Anywhere singles match. 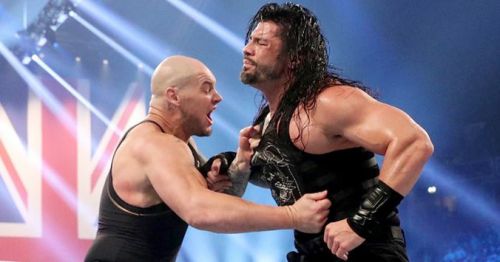 Because of the stipulation, you knew how this one would go:

.@WWERomanReigns taking the King for a ride!

Naturally, both sides had their supporters get involved. Robert Roode and Dolph Ziggler showed up to get their licks in on Reigns first, then The Usos arrived to even the odds and get some crazy stunts in of their own.

At one point, a port-a-potty got involved in the action:

In the end, Reigns hit a spear on Corbin right in front of all the fans and pinned him clean. This may very well be the end of all this! 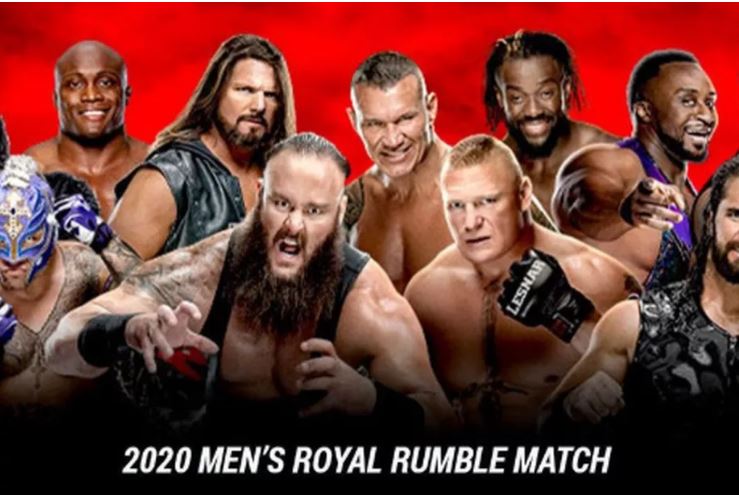 The match
The men’s Royal Rumble, the annual 30 man over-the-top-rope battle royal, where the winner earns a title shot at WrestleMania. It will likely headline tonight’s pay-per-view of the same name at Minute Maid Park in Houston, Texas.

Who has a shot at winning?
Let’s just go through the announced entrants and see what we think:

Brock Lesnar: Although he’s already WWE champion, it wouldn’t be at all surprising to see Vince McMahon, who has been infatuated with him for many years, give him the victory here.

King Corbin: Another guy you can’t rule out because McMahon is infatuated with him.

Braun Strowman: He’s been more concerned with Nakamura and the Intercontinental championship lately.

Kofi Kingston: Maybe a cool save or two, but he’s not winning.

The Miz: His positioning on the card dictates he be in the match but not actually a threat to win it.

John Morrison: It will be more interesting to see if he matches Kingston with a fancy elimination save, which is to say he’s not winning.

Erick Rowan: It’s more likely whatever is in the cage wins.

Randy Orton: You can never rule him out.

Rey Mysterio: At least possible, but more likely he’ll be used to get heat on a heel for eliminating him.

Ricochet: You saw what happened to him when he went out to challenge Lesnar on Raw.

Otis: Nope (but he totally should, because he’s incredible).

Rusev: Lashley is also in this match.

Bobby Lashley: Rusev is also in this match.

Aleister Black: He hasn’t lost on television. It doesn’t seem likely he’ll win, but it will be interesting to see how he’s booked here.

Buddy Murphy: There’s a clear belief in him and what he can be for them, but that likely doesn’t include a title shot at WrestleMania. At least not this year.

Seth Rollins: He’s got other stuff going on, and they’ve done the Lesnar match to death, but it’s Rollins, so it’s at least possible they go the whole way with this Monday Night Messiah thing.

Kevin Owens: He’s been given a few solid pushes during his run, but probably won’t win this match.

Samoa Joe: At least a possibility, though it seems unlikely he would be chosen.

R-Truth: He should win but we don’t even know if he’s actually in. He won’t win even if he is.