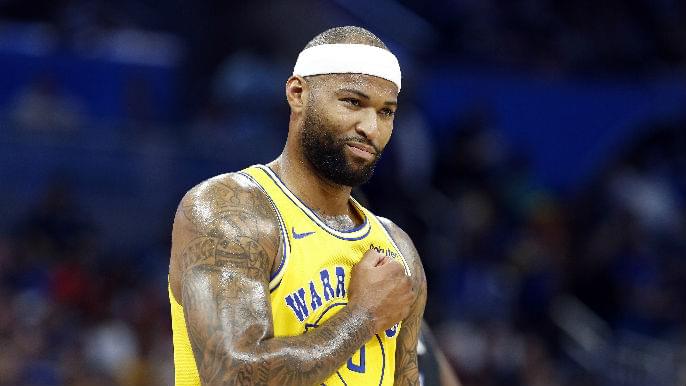 After Kawhi Leonard signed with the Clippers in free agency, the cross-town rival Lakers wasted no time filing out its roster with the addition of three more players.

Danny Green, Kentavious Caldwell-Pope, JaVale McGee, Quinn Cook, DeMarcus Cousins, Rajon Rondo and Alex Caruso are all expected to sign with the Lakers, according to ESPN, which cited unidentified sources.

Green, who was Leonard’s teammate with the Raptors and included in last summer’s trade with the Spurs, indicated he was waiting for the NBA Finals MVP to make his decision before agreeing to a new deal.

But after reports came out that Leonard intends to sign with the Clippers, Green agreed to a two-year, $30 million deal with the Lakers.

He provided an update on his Instagram account, thanking Toronto for its support: “Thank you Raptors fans. This is a run we’ll never forget. We can’t thank you enough for the love and support we experienced over the last year. You are some of the greatest fans basketball has to offer. Thank you #WeTheNorth. Stay tuned for another episode with more details.”

Caldwell-Pope is set to re-sign with Los Angeles after coming off a one-year, $12 million contract with the Lakers.  He averaged 11.4 points, his lowest since his rookie season, while shooting 43% from the field in 82 games last season.

McGee also will re-sign with the Lakers for two years on a deal worth $8.2 million that has a player option.

Cook, on the other hand, will sign a two-year, $6 million deal after he spent two seasons with the Warriors. He will be joined by fellow teammate DeMarcus Cousins, who is coming off a one-year deal with Golden State. ESPN reported Cousins had interest in signing with the Heat, but several Lakers (including Anthony Davis) helped convince Cousins to sign with Los Angeles. Cousins’ deal is expected to be for one year.

The Lakers will hold onto Rondo for another two years, according to ESPN. In his first season in Los Angeles, he averaged 9.2 points and 8 assists as he started 29 games.

Caruso will also rejoin the team after agreeing to a two-year, $5.5 million deal, per ESPN. He averaged 9.2 points and 3.1 assists in over 20 minutes a game for the Lakers last year. Caruso will likely fit right back in behind Rondo.

They all will join a rebuilding LA team that has seen a lot of change since the season ended. They will play alongside LeBron James and Anthony Davis as the team works to improve from a 37-45 record from last season.