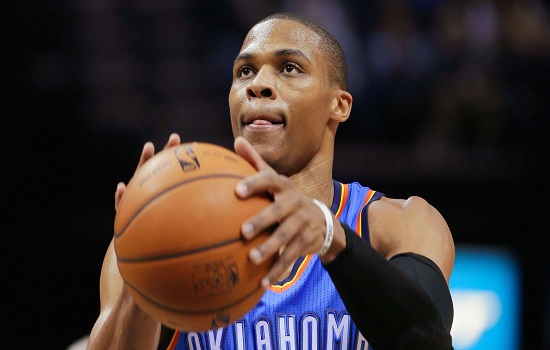 Before the Woj Bomb of the century dropped in the early Saturday morning hours, a different type of Woj Bomb was apparently ticking behind the scenes.

If you don’t know by now, the Clippers were able to sign Kawhi Leonard in free agency and immediately after made a blockbuster deal for Paul George. But a similar deal was almost sent to the Raptors, according to ESPN’s Adrian Wojnarowski.

In Woj’s story recapping the deal, he reports the Thunder were willing to trade Russell Westbrook and George to the Raptors, assuming Leonard stayed in Toronto. The deal was centered around Toronto’s Pascal Siakam.

Had Presti been able to strike a deal for George with Toronto – and Leonard was willing to stay – George was believed to be willing to join the Raptors, sources said. Presti pursued a package of Russell Westbrook and George to the Raptors – with the NBA’s Most Improved Player, forward Pascal Siakam, as the centerpiece of a broader, asset-crippling deal – but Ujiri couldn’t keep up with the Clippers’ willingness to unload unprotected first-round picks into the middle of the next decade, league sources said. Simply, Toronto didn’t have the depth of picks it needed to get a deal done – nor the certainty that getting George would make Leonard stay with the Raptors, sources said.

The Raptors could have been looking at adding Westbrook, with four years, $171 million left on his deal, and George to a roster that Leonard still might have fled. Toronto extended itself as far as it could for Leonard, but Ujiri could never be sure that the Thunder even wanted to do a deal with them – and perhaps were just using the Raptors to squeeze more out of the Clippers.

Woj hints at the end there that Oklahoma City could have just been bluffing. But other reports indicate the Thunder are still looking to deal Westbrook, especially after losing George. With the West gaining two strong teams in Los Angeles, it seems unlikely the Thunder will be able to compete like they have in years past.

So a complete rebuild could be on the way as ESPN’s Royce Young indicates.

Now, like after Kevin Durant’s departure in 2016, all eyes are on Russell Westbrook, though this time, circumstances are different. The Thunder are comfortable embarking on a rebuild rather than trying to retool. But they will evaluate their options going forward, which include seeing what this team looks like with Westbrook leading the charge alongside Gallinari and Steven Adams, trading current pieces to try to add to the roster, or hitting reboot on the roster completely and trading Westbrook. The last option appears to be the most likely scenario.

Don't be surprised if the Thunder trade Russell Westbrook. A number of NBA executives believe it's a possibility. Oklahoma City could decide to blow up their roster and completely rebuild.

Westbrook turns 31 in November and has two years remaining on his contract. He’ll earn $38.15 million in 2019-20 and $40.6 million in 2020-21. While he’s no doubt a star player, that salary will make it difficult for most teams to try and make some cap space available for a deal to happen.

A few teams that make sense from a salary cap position and assets position include the Timberwolves, Heat and Pistons. Miami seems like a strong contender considering Jimmy Butler just joined. Plus, the Heat have an expiring deal with Goran Dragic, and reportedly had a deal that involved him fall apart.

There haven’t been any official reports as to what teams are interested in Westbrook. Those will likely come later as the Thunder decide what they want to do with their roster. As Young mentioned above, OKC could just play out this season and see how Westbrook works with Danilo Gallinari and Shai Gilgeous-Alexander.

But it just makes sense to go ahead and “tank” by rebuilding through lottery picks and all of the first-round picks the Thunder just acquired from the Clippers.

UPDATE: Wojnarowski reported later Saturday afternoon Westbrook and his agent are speaking with Thunder GM Sam Presti about Westbrook’s future, “including the possibility of a trade prior to the start of next season.” The report adds the two sides “understand that the time has likely come to explore trade possibilities for Westbrook.”

Wojnarowski adds building around Westbrook and Steven Adams is an “unlikely scenario” for the Thunder.

Related Topics:Russell Westbrook
Up Next

NBA NEWS: Lakers To Sign DeMarcus Cousins And 6 others After Missing Out On Kawhi Leonard — See Huge Announcement…