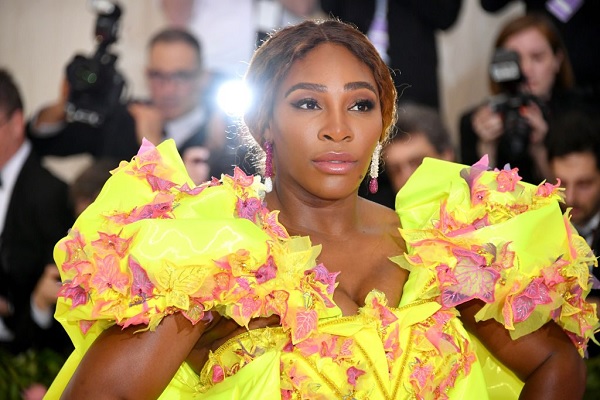 Raising five kids can be chaotic enough — but when two of those kids are tennis legends Venus and Serena Williams, things can get a whole lot more complicated. Oracene Price, mom of the two sports superstars, gave TODAY anchor Sheinelle Jones exclusive insight into what it was like raising the tennis pros for Jones’ “Through Mom’s Eyes” series.

Price explained that even though the early years of their tennis careers had been chaotic, she never gave it a second thought, inspired by her daughters’ own work ethics.

“I didn’t think about it, I just did it,” she said. “They had goals in mind. I saw them working so hard, and they never ever complained. Never said ‘I don’t want to go.’ And in my mind, they were gonna be this. It was a lot of naysayers saying that they’re not gonna make it, but I never thought they wouldn’t.”

As the girls grew older, Price wanted to make sure that they had the best chance possible to succeed at their sport. That culminated in the family moving from Compton, California, to Florida.

“It was just a decision in regards to coaching and getting a better facility, and getting out of Compton because it was kind of bad,” said Price, who added that Compton had been an unsafe area. “It was really bad. Before they went out to practice, I always told them ‘If you hear anything… hit the ground.’ That was the standard rule.”

Price’s responsibilities didn’t end at parenting — she went on to become a coach for the two, balancing both roles with a mix of firmness and love.

“My yes meant yes, and my no meant no,” she explained. “And they knew I meant it.”

As a coach, Price has spent plenty of time watching the pair play — in fact, she told Jones that she can’t even remember how many matches she’s seen — but she’s always found the “mental aspect” of the sport to be the most important.

“[During a match], I’m watching their techniques, mostly,” she said. “But before the game, I’m watching them mentally. And I see a lot of people go out there, not mentally there, but it is so important, cause you have to believe that you can do something before you do it.”

Over the years, she’s found plenty of ways to help keep the girls in the right headspace. The most important thing, she said, was trying to take the pressure off.

“I learned to help pull it back and just look at it for what it is,” she said. “It’s a game. Someone’s gonna win and someone’s gonna lose.”

When either of the sisters lose a match, she avoids giving notes on their performance or needling them — instead, she just leaves them alone, letting them take some time for themselves.

“I just learned it,” she said. “I just never did it. Don’t tell them what you shoulda did and what they shoulda did — that’ll drive them crazy. You just have to leave it alone.”

As a coach, she may have focused mostly on mental health — but as a mom, she focused on making sure her kids could take care of themselves, no matter what.

“You teach, or at least I taught, my kids to grow up and be self-sufficient and not to come back here, to me,” she said. “They’ll be able to take care of themselves, and they’ll be strong enough.”

That tendency towards self-care has been important for the athletes — especially Serena, who has frequently been the subject of body-shaming comments. Price said that it took “a moment” for Serena to decide how to respond.

“She thought that she had to look like everybody else, you know?” she said. “I mean, we’re all made different. We all have different looks. And if you really look at it, everybody’s beautiful. And one size don’t fit all.”

Price said it’s been amazing to watch her daughters use their platform to help people.

“When you can help somebody else, or you see something that you did to help someone else be better, that’s the best than anything in the world,” she said. “Kids learn from you. Help them understand that they have to love their neighbor. They have to be courteous, they have to be kind. That’s part of strength. It’s easy to go and jump and be belligerent. That’s easy. It’s hard, it’s very difficult to be kind to someone who’s not being kind to you.”

“One was the time when they both told me, at different times, that they love their life,” she said. “One year, Venus came to me and she said ‘Mom, I love my life.’ Sometimes you wonder if you’re doing the right thing. I was thinking, asking, I hope I did the right thing. And the next year, Serena came and said the same words. That was a big relief.”

SHOCKING REVELATION — This One secret Thing Serena Williams Does Before Every Match: SEE STORY INSIDE.