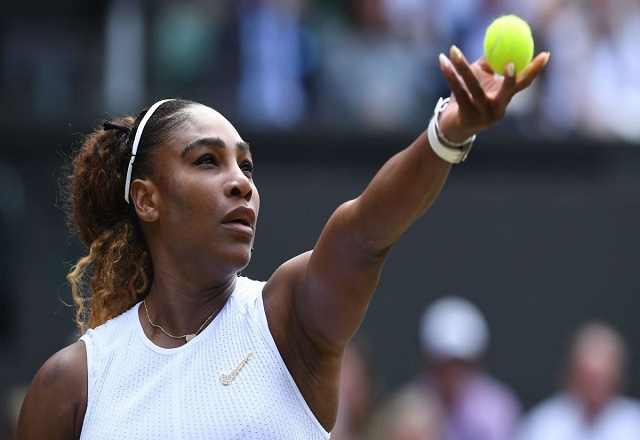 But the star isn’t stopping there—she’s heading to the Rio Games this summer to defend her four gold medals, and she’s on track to (hopefully) break Graf’s Grand Slam record as she continues her epic career.

So, what’s the secret to her success? Hard work and determination, obviously. Drive and motivation, yes. And before each match, the champ makes sure to do one thing: wash her hands. She divulged the ritual when answering 73 questions with Vogue magazine. “I always wash my hands to make sure that they’re nice and dry so I can grip that racquet tight enough,” she said.

Huh—wouldn’t have thought of that! But it makes sense. In order to deliver that killer serve, she’s gotta be able to hold onto the racquet. But real talk: If I was Serena Williams, my pre-match ritual would probably be giving Beyoncé a call for a pep talk (you know they probably have each other on speed dial).

The tennis champ also told Vogue about her walk-on song, the trickiest shot to nail in tennis, and how she deals with the haters. Watch her answer 73 questions below: