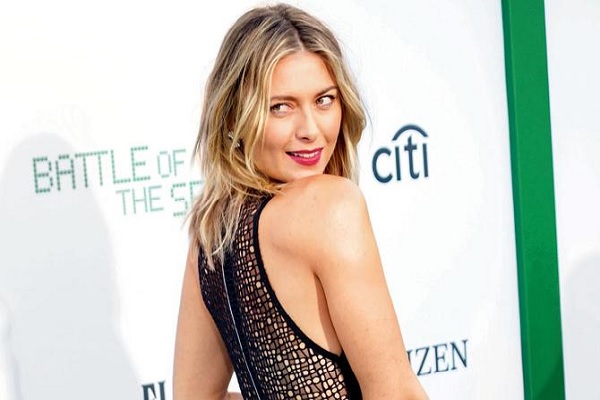 Maria Sharapova was born on 19th of April 1987 in Nyagan, Siberia in Russia. Maria started playing tennis at an age as early as 4. When she was 9, she moved to Florida with her father, where she trained at Bollettieri Tennis Academy. Sharapova showed great promise as a tennis player when she finished the runner up at the Junior Wimbledon and French Open in the year 2002. She started her professional tennis career as early as 14.

Maria is currently 32-year-old. 2007 was a turning point in the career of Maria Sharapova. She sustained a shoulder injury, and that resulted in a string of losses. Despite the losses she faced in the year 2007, she was still ranked among the top 5 women’s tennis player in the world. Maria was able to start playing well again only from the year 2011. The Russian made a great comeback in 2012 by winning the French Open. Also, she won the silver medal in women’s singles in the Olympics that year.
Major titles won by Maria Sharapova

Why Sharapova was banned from tennis?

Sharapova was banned for 2 years by the International Tennis Federation after she was tested positive for a banned substance. Sharapova reasoned that she was using the drug for health issues. She argued that the 2-year ban was rather harsh for her. She said:

“It’s very important for you to understand that for 10 years this medicine was not on WADA’s banned list and I had been legally taking the medicine for the past 10 years,” Sharapova said at the press conference. “But on January 1 the rules had changed and meldonium became a prohibited substance, which I had not known.”

“I have to take full responsibility for it,” she added. “It’s my body, and I’m responsible for what I put into it.”
Maria Sharapova’s boyfriend and net worth

Sharapova had been in a relationship with Slovenian professional basketball player Sasha Vujacic in the year 2009. They dated for one year and then got engaged in October 2010. The relationship did not last long and Maria announced that the engagement was off (in 2012) and she was no more in a relationship with Vujacic. Maria also dated Grigor Dimitrov from 2013 to 2015. She was also rumoured to be dating the Paddle8 co-founder Alexander Gilkes since 2018.

Maria Sharapova is an incredibly beautiful woman and her appeal has helped her get major endorsements which include dom of the best companies Nike and Tiffany & Co.

According to some estimates, her net worth is $195 million

Maria Sharapova is all set to take on the great Serena Williams in the first round of the US Open on 27th August.