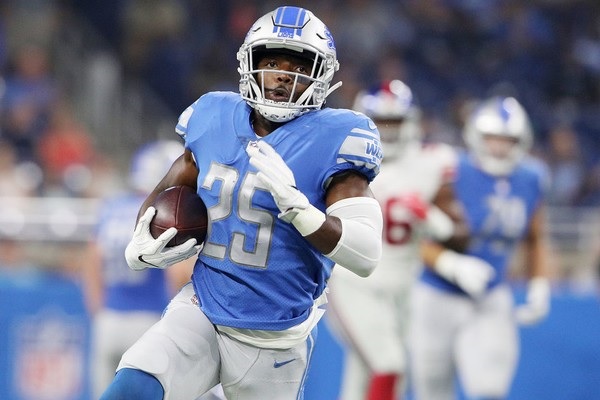 Theo Riddick’s time with the Broncos is already hampered with an injury.

Riddick, who penned a deal with Denver earlier this month just a week after being released by Detroit, fractured his shoulder during his Broncos debut Thursday against the Seahawks.

They ultimately lost 22-14 in their second preseason game.

Riddick is expected to miss the rest of the preseason, which was first reported by 9News, and confirmed by coach Vic Fangio on Sunday. While the injury is serious, with his potential return slated for a few games into the new season, it does not require surgery, 9News noted.

Riddick is expected to ease the workload for Phillip Lindsay and Royce Freeman in his new role.

Fangio, who hit the ground running with the seven-year veteran, likes what Riddick will eventually be able to bring back to the field once he is healthy.

“He’s had a good history in his career of being a good receiver out of the backfield and a good threat in that way,” Fangio previously told reporters shortly after Riddick’s addition. “Obviously, we’ll see if we can fit him in that way and he still has that going for him. He’s been a good receiver.”

Before joining the Broncos, Riddick spent his entire six-year career with the Lions. He logged 288 carries for 1,023 rushing yards and five touchdowns. Riddick also caught 285 balls for 2,238 yards and 14 TDs.

He had one carry for a loss of two yards on Thursday with the Broncos.