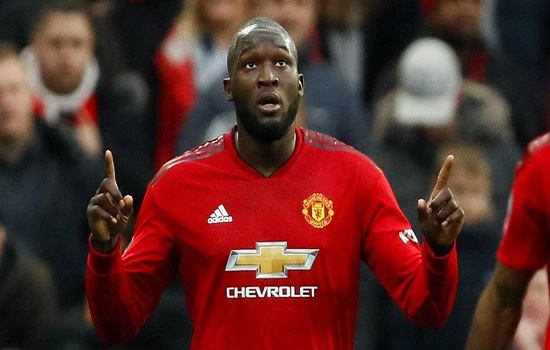 Romelu Lukaku has reportedly been offered to both Juventus and Napoli.The Belgium striker looks set to leave Manchester United this summer after falling out of favour under Ole Gunnar Solskjaer.

Marcus Rashford is set to be the first choice forward for the 2019/20 campaign.

Inter Milan is thought to be the 26-year-old’s first choice after he lavished praise on their new boss Antonio Conte and the Italian league.

That move has stalled, though, with Inter unwilling to match United’s £75million valuation.

According to The Sun, Lukaku’s agent Federico has been speaking to Juventus boss Maurizio Sarri and Napoli manager Carlo Ancelotti, who are both ex-Chelsea bosses.

They have both been offered the chance to sign him for £75million, the fee the Red Devils paid Everton in 2017.

“My Feeling Were Hurt That Day, I Was So Embarrassed” – Naomi Osaka Opens Up On Recording A Song With Boyfriend, Cordae

Naomi Osaka Denies Age-shaming Serena Williams, Reveals Why She Referred To Her As ‘Mom’

5 Wrestlers Who Doesn’t Like Ronda Rousey Returns In WWE

Maria Sharapova Reveals What She Would Do In Free Five Minutes

Serena Williams Invests In Startup Businesses Founded By Black Women; Here Is How!

Maria Sharapova Reveals Her retirement was a tough process to manage”

VIDEO: Serena Williams says, “I’m not being overprotective to my daughter Alexis Olympia”

Sloane Stephens says, “Serena Williams has been rude to her, unfollowed her on Twitter”