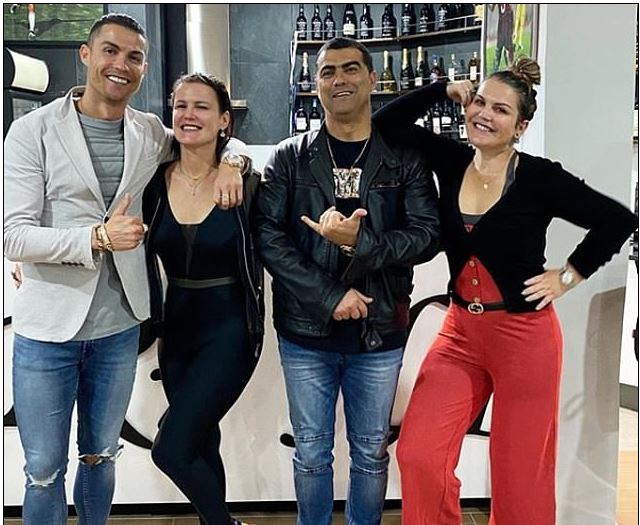 Cristiano Ronaldo was trying to make the most of his quarantine as he sunbathed shirtless on the balcony of his house in Funchal, Portugal on Monday.

The footballer, 35, is self-isolating after his Juventus team-mate Daniele Rugani tested positive for COVID-19, however his girlfriend Georgina Rodriguez did enjoy some retail therapy on Tuesday.

Ronaldo displayed his ripped and gym-honed physique as he soaked up the sun on his balcony, donning a pair of lime green shorts and dark sunglasses.

While Ronaldo has been staying at home, his other half Georgina cut a stylish figure as she stepped out for a shopping trip.

The model, 26, displayed her jaw-dropping figure in a black skintight long-sleeved dress which she wore with a beige handbag.

Wearing light make-up, Georgina completed her look for the day by letting her raven locks fall loose down her shoulders.

Ronaldo flew to his homeland to visit his mother, who recently suffered a stroke, before the news broke and he must stay put rather than fly back to northern Italy where the outbreak is at its most rampant. 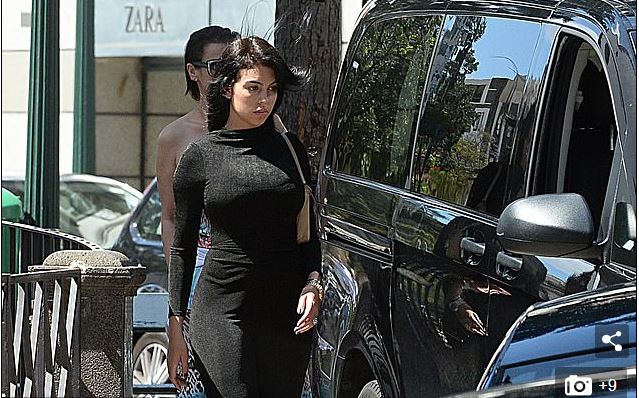 A picture posted on Instagram by Miralem Pjanic after the game shows Ronaldo and Rugani celebrating the victory in a close huddle with their team-mates.

Everyone who came into contact with Rugani on both sides has now required to be in isolation.

It is hoped that the spread is limited as Rugani remained an unused substitute for Maurizio Sarri on the Juventus bench.

The Portuguese press plastered the story over their front pages with Quotidiano Sportivo and Abola both running headlines about Ronaldo being in quarantine.

All sporting events in Italy have been cancelled until at least April 3 but Juventus are scheduled to face Lyon in the Champions League next Tuesday.

That game is due to be played behind closed doors but is now widely expected to be postponed by UEFA.

He took to Twitter and wrote: ‘You will have read the news and that’s why I want to reassure all those who are worrying about me, I’m fine.

‘I urge everyone to respect the rules, because this virus makes no distinctions! Let’s do it for ourselves, for our loved ones and for those around us.’

Ronaldo had flown back to Turin prior to the Juventus game having spent time with his mother in hospital following her stroke. 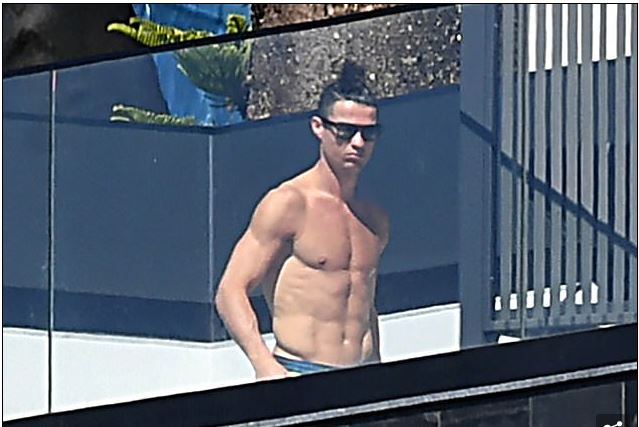 Dolores Aveiro, 65, has since said she was fully aware of what was happening and the stroke left her with no long-term physical damage.

Ronaldo came back from her bedside to play on Sunday before returning to Madeira when he was told of Rugani’s positive test and enforced isolation.

Georgina’s outing comes after she sparkled speculation that she’d tied the knot with her footballer beau when she referred to him as her ‘husband’ in a gushing post celebrating her 26th birthday.

Sharing a snapshot of herself and Ronaldo posing with their children, Georgina wrote: ‘Happy 2️⃣6️⃣ for me, very happy. I can’t ask life more. Just a lot of health for my family and me and to always enjoy them. 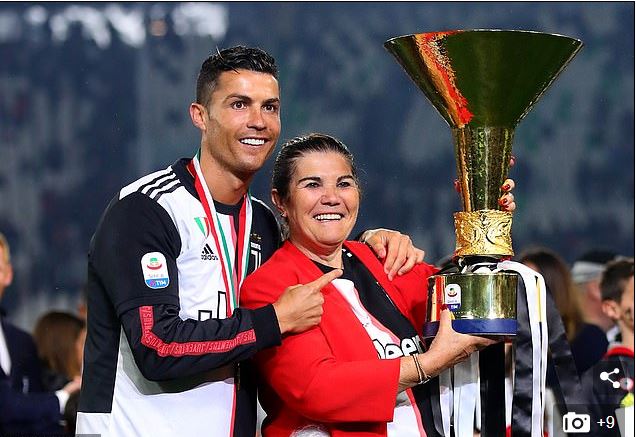 ‘Thank you all for your congratulations, flowers and therefore love ✨ And Thank you to my husband for giving me the best of life, our children. I love you.’

In Spanish, ‘marido’ is often used to describe a common law husband, while ‘esposo’ is more commonly employed as a description for a legally wed male.

When contacted by MailOnline, representatives for Ronaldo declined to comment.

For his part, Ronaldo shared the same snapshot on his own Instagram account, alongside the caption, in which he shared that he ‘love[s] [her] so much’. 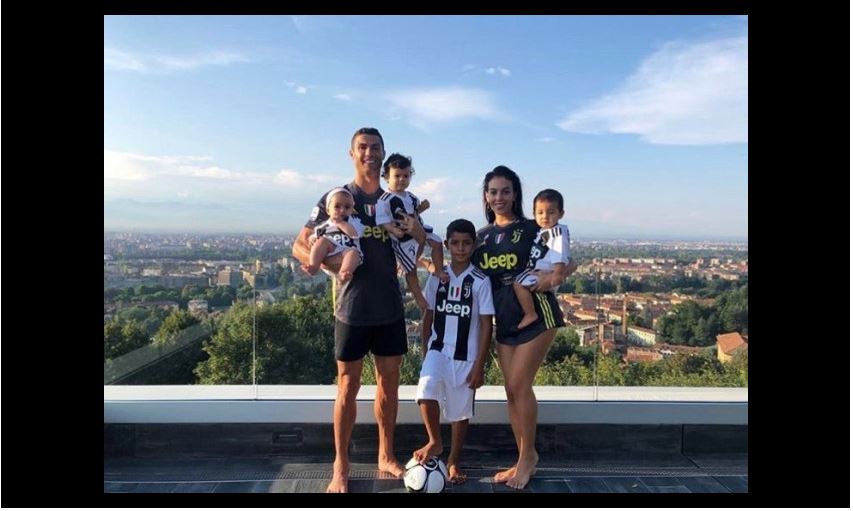 The Portuguese sportsman wrote alongside the heartwarming image: ‘Congratulations my love! I wish you a very nice day! You are a great woman and an excellent mother for our children. I love you so much honey!’