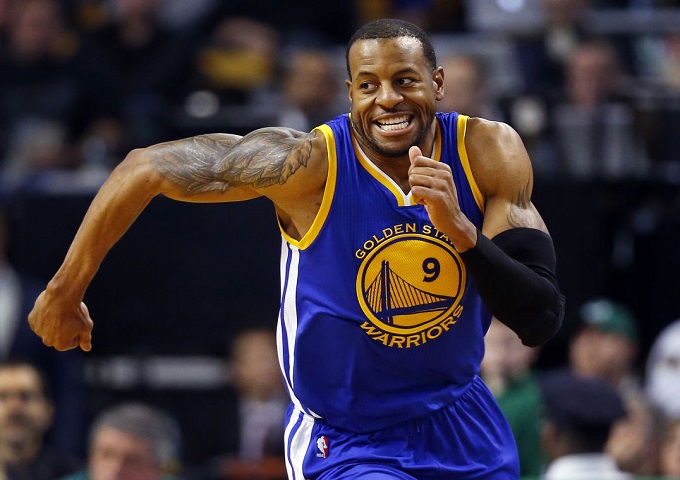 The Golden State Warriors announced Sunday that the big man Andre Iguodala will be moving to the Grizzlies this summer, but The Warriors added it plans to honor him in a huge way.

The team stated that despite trading Iguodala for Julian Washburn, a future first-round draft pick and cash considerations, it plans to retire Iguodala’s No. 9 jersey.

“As we look back six years [after signing Iguodala], we actually underestimated what his value would be to our team, both on the court and in the locker room. In what has been well-documented, Andre sacrificed for the betterment of our team and, in one of the best stories of this journey …

“He has been absolutely vital to our success during five consecutive appearances in the NBA Finals and three championships. We thank Andre for all of his contributions and look forward to seeing his number in the rafters at Chase Center,”

Warriors co-chairman and CEO Joe Lacob said in a statement.

Iguodala, 35, was huge in helping the Warriors win their first NBA title in 40 years in 2015 and earned MVP honors that year.

The likely reason behind the Warriors trading Iguodala was because he was supposed to earn roughly $17 million next season. With the team signing D’Angelo Russell to a huge contract, it needed more cap space.

He was drafted ninth overall by the 76ers in the 2004 NBA Draft and spent eight years in Philadelphia before a short stint with the Nuggets, then landing with the Warriors.

NBA TRADE NEWS: Lakers To Sign DeMarcus Cousins And 6 others After Missing Out On Kawhi Leonard — See Huge Announcement…