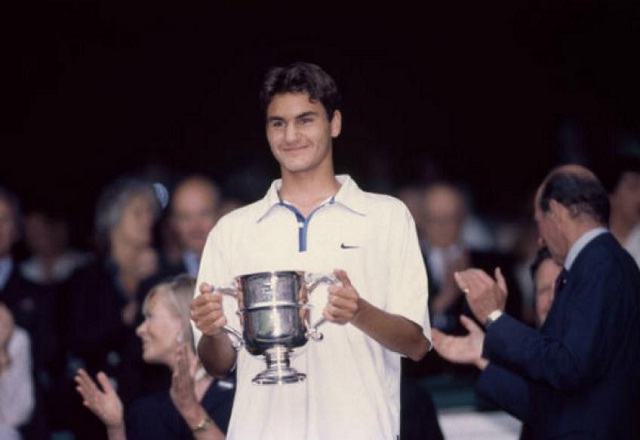 On Sunday, September 22, Roger Federer will compete in front of the home fans in Geneva at the third edition of the Laver Cup, defending the colors of Team Europe together with Rafael Nadal, Dominic Thiem, Stefanos Tsitsipas, Alexander Zverev and others against their rivals from Team World.

It is hard to imagine that the Swiss would remember this date as one of the most special ones from his early career, making a debut on the ATP ranking list at the age of 16 in 1997! The youngster scored 12 points at Switzerland 1 Masters Satellites at Bossonnens to find himself in the 803rd position on the list, standing as one of the most promising players in the world and the one to keep an eye on in the future.

Still at the age of 15 in 1996, Roger tried to qualify for two Satellites at home with no success, losing in the qualifying round of the home ATP 250 event in Gstaad in July 1997, entering those events in Bossonnens for the professional debut in the main draw.

In four tournaments played on outdoor clay, Roger made two semi-finals, losing against the 2nd seed Daniele Balducci and the 1st seed Agustin Garizzio respectively, also in the quarter-final versus Yves Allegro with whom he later played in many ATP doubles events, including 2004 Olympics in Athens (they won the title in Vienna together in 2003).

Overall, Roger scored eight wins during that month and finished 1997 season ranked 704th (the second-youngest player in the top-1000 after Feliciano Lopez) after one win in the qualification round of the home event in Basel and three more at the Switzerland 2 Masters.

As we all know, the rest is pretty much history, with the Swiss climbing through the ranking list to become world no. 1 in February 2004, staying there for 237 consecutive weeks until August 2008 and accumulating the record-breaking 310 weeks on the ATP