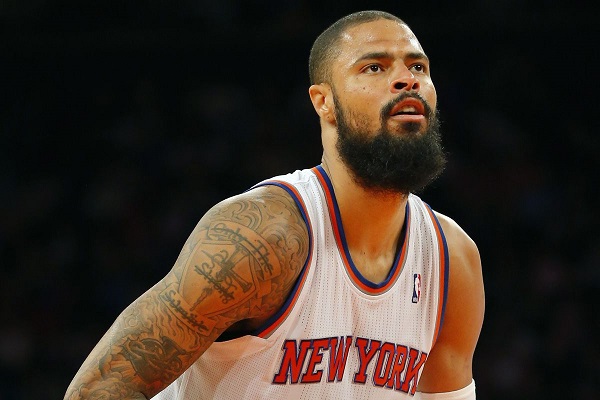 After acquiring Russell Westbrook from the Thunder late Thursday night in exchange for Chris Paul and two protected first-rounders in 2024 and 2026, Houston continued to fill out its roster by adding center Tyson Chandler on a one-year deal, his agent Jeff Schwartz told The New York Times.

Houston’s Mike D’Antoni coached Chandler with the Knicks, and pushed to bring the veteran to Houston, ESPN notes. The Rockets are confident he will be a strong defensive threat as a backup center who can protect the rim.

Chandler, 36, has played 18 seasons in the league, becoming an All-Star and NBA champion with the Mavericks in 2010-11. He started last season with the Suns before he joined the Lakers after agreeing to a buyout in November. He averaged just 3.1 points and 5.6 rebounds in 55 games last season, but he brings valuable experience that can help the Rockets.

The Rockets entered free agency hoping to add Jimmy Butler, but they missed out on the forward as Miami acquired him in a sign-and-trade deal with the 76ers. Houston also eyed JaVale McGee, but he re-signed with the Lakers last weekend.

Now, the Rockets are primarily focused on making a deal with the Grizzlies for Andre Iguodala, The Athletic reported Friday.

The Rockets finished the 2018-19 season with a 53-29 record, but had an early exit from the playoffs after falling to the Warriors in the Western Conference semifinals in six games.

Houston will look different without Paul, though it has re-signed Gerald Green, Danuel House and Austin Rivers.

Related Topics:Tyson Chandler
Up Next