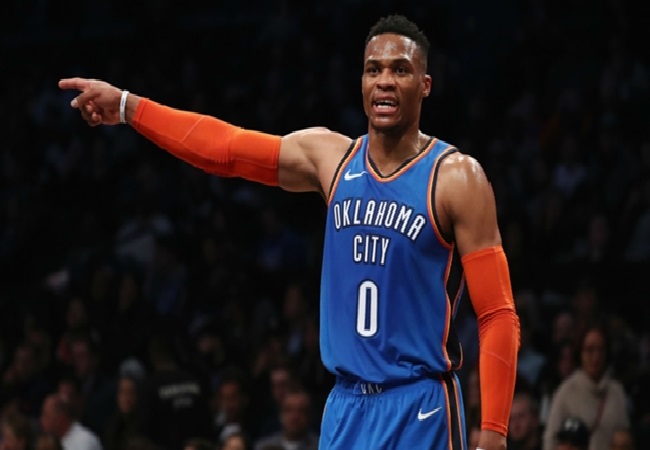 According to ESPN, the Rockets have sent Chris Paul and two protected first-rounders in 2024 and 2026 to the Oklahoma City Thunder for the 2017 NBA MVP. They have also agreed to swap draft picks in 2021 and 2025.

Eight-time All-Star Westbrook, who has averaged a triple-double in each of the past three seasons, sought an exit from the Thunder after they traded Paul George to the Clippers.

Respect from the Beard.

“We’re excited to have Russell Westbrook,” Fertitta told Fox 26 in Houston. “I would watch him play for Oklahoma City, and he’s so athletic. At the same time this franchise just had the two years with the most wins it’s ever had in consecutive years, and we wouldn’t have accomplished that without Chris Paul.

“I said at the end of the year we’re never gonna stand pat. We’re always gonna try to get better. I think this makes us a better team. I hate to lose Chris Paul, but we felt like we did what we had to do to become a better team.

“I think it’ll be very interesting and fun. James and Russell wanted to play together. It ought to be fun this year.”

It has been suggested the Thunder could immediately look to move Paul on, with the Heat, who were believed to be in the running to get Westbrook, touted as a potential destination.