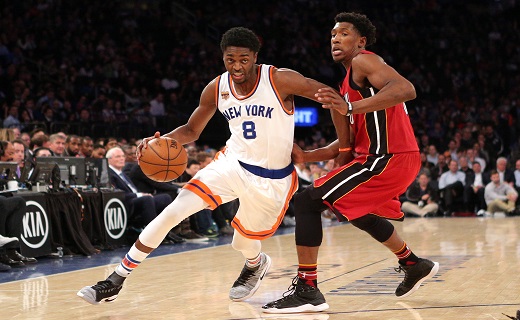 Reports from Athletic says that The Lakers, Raptors, Bulls, Clippers, Pacers, Wizards, Hornets and Cavaliers are all interested in signing Justin Holiday.

The 30-year-old seems to have multiple options.

Holiday began last season with the Bulls before he was sent to the Grizzlies in early January. He has also played for the Knicks, 76ers, Warriors and Hawks during his six NBA seasons. He’s a career 34.9% 3-point shooter.

The Lakers Traded Anthony Davis in a trade last month but will need to fill out their roster around the star forward and LeBron James. They’ve reportedly inked Troy Daniels and Jared Dudley to deals over the last week.

The Raptors are the defending NBA champions while the Clippers have a strong core with a lot of potential to develop. The Pacers rebuilt their backcourt when they reportedly brought in Malcolm Brogdon and Jeremy Lamb earlier this week.

The Wizards, Hornets and Cavaliers are not expected to be in playoff contention in 2019-20.