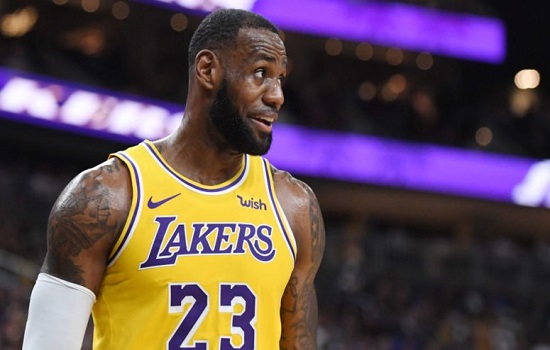 The Thunder acquired Chris Paul as part of Thursday night’s blockbuster trade with the Rockets, but the future Hall of Famer shouldn’t get too comfortable in Oklahoma City.

With Paul hoping to play for a real contender, and with the Thunder heading into a rebuild following the departures of Russell Westbrook and Paul George, OKC general manager Sam Presti has been attempting to find a landing spot for Paul. The Heat quickly emerged as a potential trade partner, but they don’t seem all that eager to add the nine-time All-Star.

There isn’t much of a market for Paul outside of Miami, though there is one team always interested in stars of any kind. Could the Lakers make a play for Paul?

A Lakers-Thunder trade isn’t happening, so the only route would be a buyout. Paul is owed $124 million over the next three years of his contract. Either Paul would have to give a substantial amount of money back, or Presti would have to be willing to eat the cap hit.

The Carmelo Anthony trade last year is a clear indication that Oklahoma City would rather trade draft assets to move money and not have a dead cap hit sitting on the books. Either Paul is on the roster or traded- hard to believe a buyout would even be part of the discussion.

If Paul and the Thunder somehow reached an agreement, Paul could then sign for the minimum with the Lakers and play alongside LeBron James. (Shoutout to the Banana Boat crew.) But then there are the issues that could arise with Paul’s new teammates.

Just last season, Paul traded punches with Lakers guard Rajon Rondo on the Staples Center floor, continuing a beef that has been brewing for a decade. Los Angeles also recently signed DeMarcus Cousins to a one-year deal, and he doesn’t have a great history with Paul. Sure, Paul’s relationship with James could help ease the transition, but it’s not like the Lakers need more drama right now.

Purely from Paul’s point of view, he would have to be comfortable with a reduced role. That might be tough for one of the league’s most intense competitors. On top of that, he would be taking a buyout and reduced salary, which isn’t a great look for the president of the National Basketball Players Association.

No contract is unmovable in the NBA. Presti will keep searching for a workable trade that benefits the Thunder and Paul, but he’s not going to simply do Paul a favor. He has plenty of assets from the Westbrook and George trades, so he can attach a pick to Paul if that’s necessary.

Paul-to-the-Lakers is a fun topic for a debate show. It’s less fun once you try to figure out how it would actually happen.