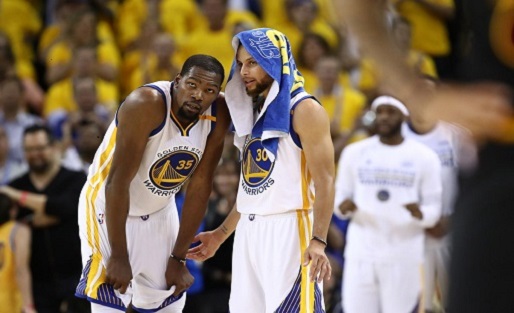 After Kevin Durant signed a contract with the Brooklyn Nets during his free agency. Different speculations surfaced about his decision including reports that Durant felt unacknowledged in the Bay Area because of the cherished Steph Curry. Durant’s reason for leaving the Golden State Warriors is starting to come to light days.

On his latest Podcast, Durant said that the Warriors, including Curry, took personally how Durant left the team.

Reports said that Curry headed back to New York from Shanghai, China to meet with Durant after he announced his decision to show His respect instead of recruiting him back.

Reports also claimed that Durant didn’t see Coach Steve Kerr personally before signing the deal with the Brooklyn Nets. Everyone has their speculations, and all are in search of the truth.

“His trip to New York was seen as a last-ditch effort to keep Durant,” wrote Thompson.

“But Curry went to have one last moment with Durant as teammates. To tell him one more time how much he appreciated him for the three years they had. They’d won two championships together. Dominated the league together. Made history together. He was there to wish Durant happiness and peace, express his support for his decision. And when Curry got to Durant’s apartment in Manhattan, Durant confirmed to Curry his decision that their time together was over. Face to face. Man to man. Friend to friend.”

Durant and Curry’s time as teammates was never smooth sailing an odd fact for a pair that won two titles together in three years and were two freak injuries away from potentially winning a third.

But due to the circumstances of Durant’s arrival in Golden State, which turned them from phenomenal, run-and-gun, perennial contenders to a superteam juggernaut, he and Curry were often pitted against each other by fans, by the media, and by critics.

As Thompson goes on to explain, the relationship between the two never took off, as both players became teammates at different stages in life Curry as the father of two daughters, and Durant a bachelor and in a new city for the first time.

Curry and Durant may no longer be teammates, but Curry’s gesture shows the two still have a ton of respect for each other. And no matter how the next years of their careers play out, they’ll always have those titles.