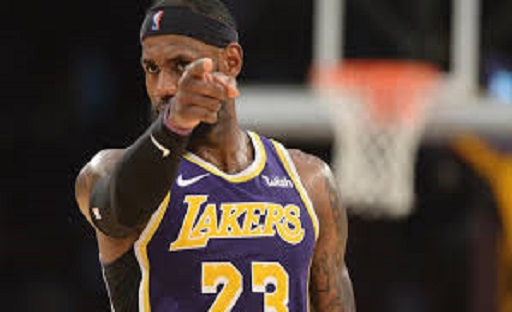 LeBron is reportedly selling Leonard, who’s shown interest in playing in Los Angeles, on being the heir apparent to this Lakers team.

Part of LeBron/Lakers pitch to Kawhi is that it will be his team in 2 years. Why? Because LeBron wants to play with Bronny regardless of where that is and would leave to go play with him when he’s eligible. https://t.co/FU90bXSkAO

In short, James is offering to hand the reigns over to Leonard in two years so he can go play with his son, LeBron James Jr., wherever that may be once he enters the league.

It’s an intriguing way to draw Leonard in to say the least. He’d have two years to play alongside James and Anthony Davis and contend for a title. Then, when LeBron leaves, he’ll be the main star on one of the NBA’s biggest stages.

UPDATE: The Lakers believe they’re in the lead to land Kawhi Leonard, via @TheSteinLine.

Of course, it could also be viewed as LeBron selfishly trying to draw in another star to bolster his chances at improving his legacy with a couple more runs to the Finals only to abandon the team when he has the opportunity to play with his son.

Leonard will have a lot to weigh when he makes his free agency decision, especially if this part of the Lakers offer ends up being true.

Related Topics:LeBron James
Up Next