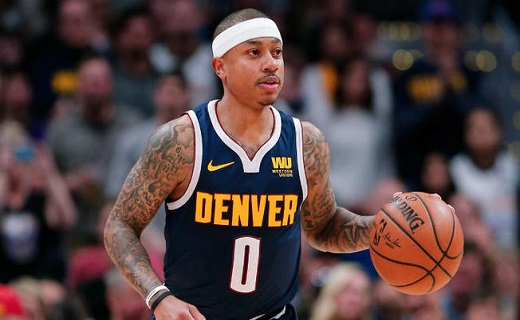 According to a report from ESPN, Isaiah Thomas has found a new team.The 30-year-old guard have agreed to a one-year deal with The Wizards. Speculations was first confirmed by The Athletic.

Isaiah Thomas has played just 44 games over the last two seasons because of injuries. But, he believes he can return to All-Star form beginning in 2019-20.

“I’m going to get back to the level that I was playing at,” Thomas told ESPN in a recent interview. “I’m excited to show what I can do again.”

Isaiah Thomas has agreed to a one-year deal with the Washington Wizards, league source tells ESPN.

The 30-year-old had hip surgery before signing a one-year, $2 million veteran’s minimum deal with the Nuggets last July. He missed the team’s first 56 games before returning in mid-February.

Thomas, however, was in and out of the rotation for the rest of the season and he did not see the floor in any of Denver’s 14 playoff games.

“Denver allowed me to take, really, as much time as I needed, to get back to 100% health,” Thomas said. “Obviously I wanted to play and I thought I could’ve contributed in the regular season and playoffs, but I understood (the team’s) decision and I think I contributed in other ways as a leader, as someone who was there to answer the questions of the younger guys. I stayed ready and prepared to play.”

Thomas made back-to-back All-Star teams and averaged 25.5 points per game over two seasons with the Celtics from 2015-17

The Wizards also agreed to a two-year, $12 million contract with Ish Smith on Monday, according to an earlier report from The Athletic. They reportedly sent Tomas Satoransky to the Bulls in a sign-and-trade Monday.