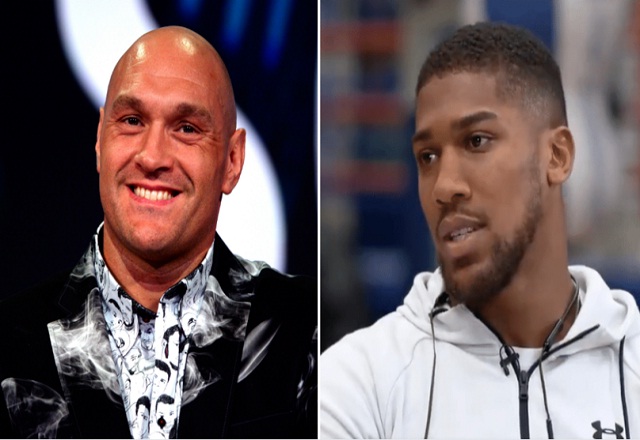 The unbeaten, Swedish 28-year-old received the call to challenge Britain’s ‘Gypsy King’ on September 14 in Las Vegas and is currently preparing diligently for his date.

However, Tyson Fury’s next opponent Otto Wallin insists he isn’t interested in criticism from Anthony Joshua ahead of the biggest fight of his life. Anthony Joshua criticized Tyson Furry Ahead Of His Next Fight

Upon hearing this fight announcement, Fury’s domestic rival was far from impressed.

“I fought Wallin as an amateur. These guys are cream of the crop, they shouldn’t be fighting them type of people…

“I can’t fight Wallin, don’t think I can ever fight lower-tier heavyweights.” Now, Wallin has responded by telling BBC Sport: “I don’t care too much. He probably means I haven’t been at that elite level.

“I haven’t been at the elite level in fights but I have sparred big names and know I am at their level – Anthony Joshua, Kubrat Pulev, Adam Kownacki, Jarrell Miller, all different guys, and I know I am on this level.

“I am not worried about that, it’s just that people haven’t seen. Anthony knows I am a good fighter.

“Yes, it helps a little with motivation. I have no pressure at all – I can only go in there and do my best.”