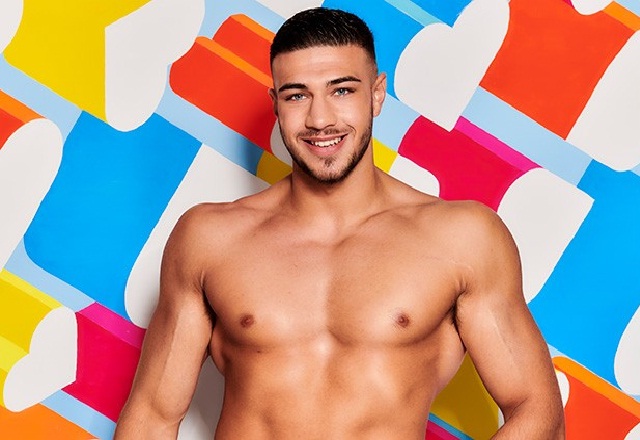 The 20-year-old came second on ITV’s monster hit reality TV show, after pairing up with his now girlfriend Molly-Mae Hague. Fury revealed last week he was ready to step away from boxing, explaining: ‘The opportunities after leaving the villa are life changing and I can’t turn those opportunities down, I’d be a fool to.’ Having made is pro debut aged just 19, Fury is 2-0 so far and was booked to fight this summer before getting the call to appear on Love Island. Tommy Fury with girlfriend on the love island

Warren, who also promoters Tommy’s older brother and elite heavyweight Tyson Fury, backed his fighter’s plans to put his boxing career on hold. ‘He’s talking about taking a year out,’ Warren told reporters. ‘I’m fine with that. When he comes back, I’m really looking forward to that. He is going to be huge.’ While being the younger brother of Tyson Fury gave Tommy a name to build on in the boxing world, the Manchester native’s mainstream profile has sky-rocketed since stepping into the Love Island villa. His Instagram following stands at 2.8million, 800,000 more than his older brother Tyson, who is a former unified heavyweight world champion. Amid the clamour to get a piece of Fury’s success, ITV announced a new four-part reality TV show Meet the Furys, which will feature Tommy and Tyson. Warren might have been forgiven for worrying Fury’s new-found fame might derail his boxing career, but the veteran promoter dismissed any such concerns. ‘The interest in him will be huge when he gets back in the ring, especially if he can keep up his profile,’ he said. ‘He’s only 20 years old. He’s been boxing his whole life, a year out won’t hurt him.