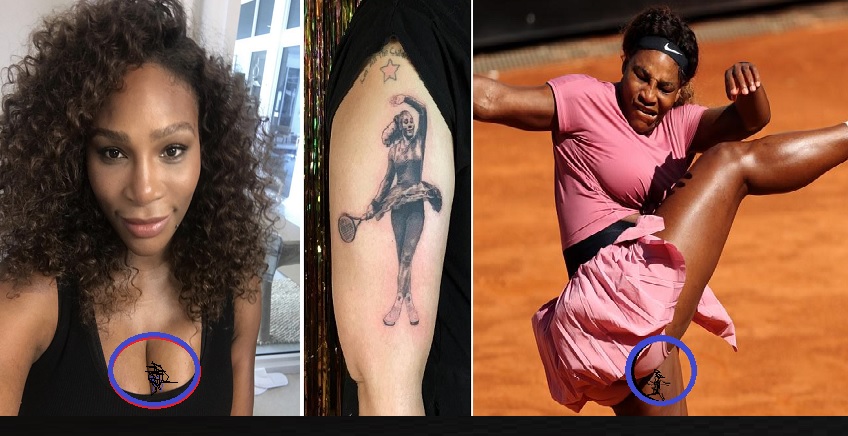 A tattoo is pictured on the neck of Serena Williams of The United States during the ladies singles second round match against Ashleigh Barty of Australia during day five of the 2018 French Open at Roland Garros.