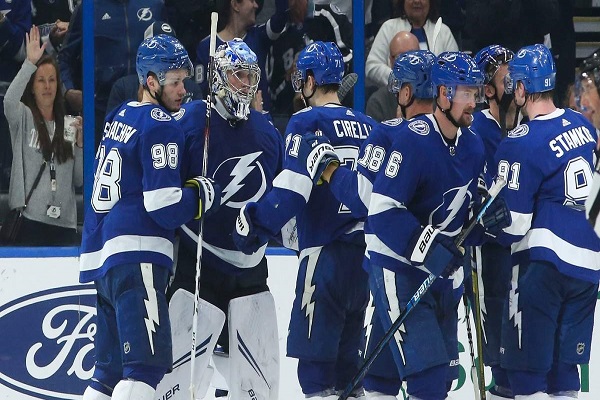 The veteran defenseman has signed a one-year, $1.75 million deal with the Lightning, the team announced Monday.

Shattenkirk managed just two goals and 26 assists in 73 games last season after missing the second half of his first season in New York following knee surgery. He ended up totaling 51 points (seven goals) in 119 games with the Rangers.

He can only hope a move to Tampa at age 30 will help him rediscover the form he had in St. Louis earlier in his career. Shattenkirk was an All-Star in 2015 and was on the U.S. team at the Sochi Olympics a year before that, but hasn’t made much of an impact since being dealt to the Capitals during the 2016-17 season.

Shattenkirk joins a long list of former Rangers who have continued their careers with the Lightning, a group that includes Ryan McDonagh, Ryan Callahan, Dan Girardi, Brian Boyle, Anton Stralman and J.T. Miller.