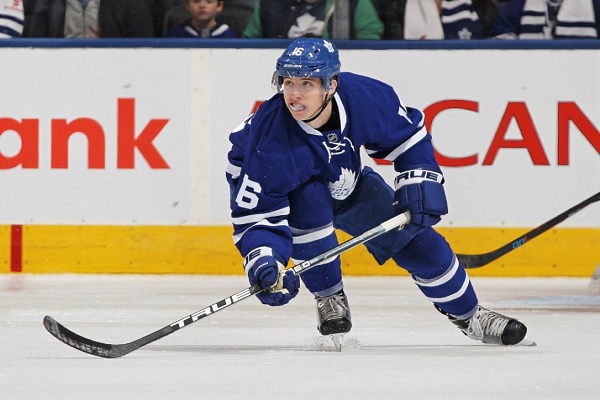 As the offseason continues on with a little more than a month left until training camp, the Toronto Maple Leafs may finally be closing in on a deal with Mitch Marner.

The Athletic’s James Mirtle reported that Toronto, which has managed to fix some of its salary cap issues in the offseason, is determined to get a deal done before the start of the season. But as has always been known, it won’t be cheap.

While the Maple Leafs supposedly wanted to ink Marner to a max-term deal that would pay over $10 million a year for eight years, the 22-year-old reportedly didn’t want to sign for that long and countered with a three-year bridge deal that carries an AAV of $10 million. That would be the most expensive bridge deal in NHL history, and in the end, it may end up happening.

Right now, Toronto is reportedly exploring different deals that would fall in the range of “just under $9 million to roughly $11 million per season, depending on the term,” per Mirtle.

With 94 points last season, Marner led the Maple Leafs in scoring and was by far their most important asset. In each of his three years in the NHL, the Thornhill, Ont. native has managed at least 60 points. He’s poised to continue improving over time.

Heading into free agency, the RFA was reportedly seeking a deal that compared to that of Auston Matthews, who inked a five-year deal with an AAV of $11.634. However, a cap crunch complicated things until Toronto dumped salary by trading Nazem Kadri and Garret Sparks.

While the term is unclear at the moment, Marner does provide a lot of depth for the Maple Leafs. Considering his role and the Leafs’ exploring deals within Marner’s expected pay raise, it seems that general manager Kyle Dubas is set to hold onto him by whatever means necessary.