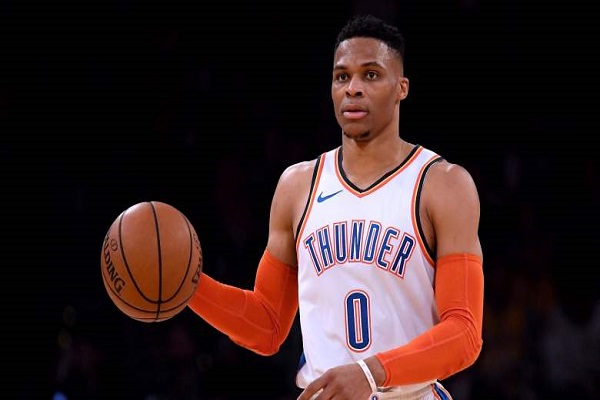 The Heat seem to be the favorite to land Russell Westbrook with the Thunder guard now on the trade block, but the Rockets aren’t giving up just yet.

Houston is looking to execute a three-team deal in order to acquire the eight-time All-Star, according to ESPN’s Brian Windhorst.

Westbrook’s enormous contract complicates trade discussions, and the challenges in constructing a three-teamer makes the Rockets a “long shot” at the moment.

Chris Paul’s salary for 2019-20 ($38.5 million) matches perfectly with Westbrook’s, but the Thunder are trying to move off money and duck the luxury tax. That doesn’t make a ton of sense. The more likely trade candidates are guys like Clint Capela and Eric Gordon. Even then, the deal would need additional work.

The Thunder likely desire young prospects as part of a Westbrook deal, and that’s what puts the Heat in the lead. Justise Winslow, Bam Adebayo and Tyler Herro are worthwhile targets for Oklahoma City, though it’s unclear if Miami is willing to part with any of those players. (CBA note: Herro can’t be traded for 30 days after signing his rookie contract with the Heat on Wednesday.)

Windhorst says if it’s up to Westbrook, he’d prefer to take his talents to South Beach. That could be an important factor in negotiations, should the Thunder want to do right by a franchise icon.

“From what I understand, he’s supplied a list to the Thunder with a few teams on it, a short list,” Windhorst said. “But the Heat are at the top of it.