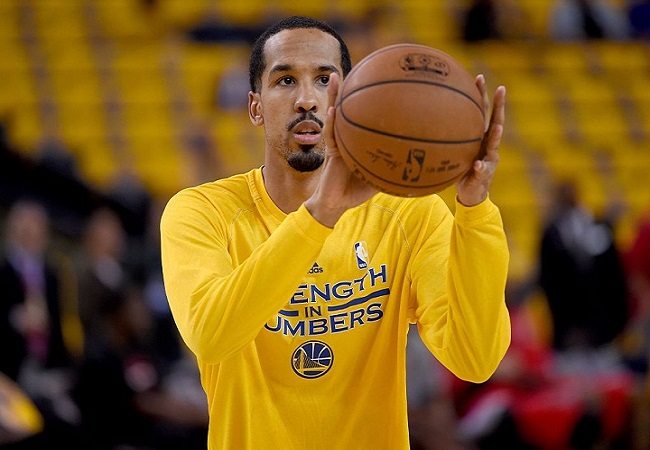 According to ESPN, Golden State has waived guard Shaun Livingston.

Livingston, who was set to make $7.7 million next season, will receive his $2 million in guarantees while the Warriors will get some added cap space.

The 33-year-old discussed the possibility of retirement earlier this year, but according to ESPN, he plans to keep playing after being waived.

He said during the season, though, he has chronic knee pain which makes it hard to keep going.

“Any time it gets swollen now, it’s more about being able to move,” he told The Athletic. “It’s stiff. I can’t move. It’s sore. I come back, it’s aching. And this is all before the game even starts. So then it becomes about building myself up so I can be functional on the court. Once I get to the arena, I got to do all this work. And it’s fine. Because it’s part of your job that you have to do. But the emotional part of it, at this stage of my career, it can be tough. Like, at 22, yeah, all right, I knew I had to grind. It was part of what came with it. But now, at this stage, it’s like … shoot.”

Livingston averaged 4.0 points, 1.8 rebounds and 1.8 assists in 15.1 minutes per game this season. All of those numbers were career lows. This was the second straight year in which he has played less than 16 minutes per game.

According to ESPN, however, there will be a market for Livingston, who still has a very good midrange game and plays good defense.

The Warriors have lost several big names from their championship rosters from 2017 and 2018. Livingston joins Andre Iguodala and Kevin Durant as key departures from those teams. Golden State also lost DeMarcus Cousins in free agency to the Lakers.

The team, though, has added D’Angelo Russell via sign-and-trade and Willie Cauley-Stein in free agency. The 2019-20 Warriors are going to look very different, especially considering Klay Thompson will miss a significant portion of the season with a knee injury.