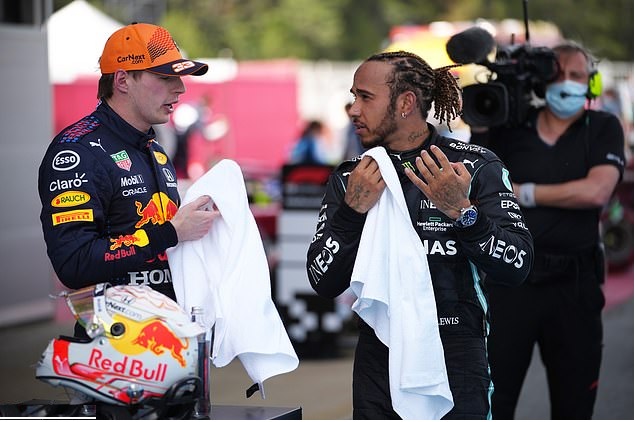 Sir Jackie Stewart believes Max Verstappen has some growing up to do after his explosive crash with Lewis Hamilton. The Formula One legend was disappointed to see Verstappen walk away without stopping to check if Hamilton was OK after his car almost clattered into the Briton’s head at Sunday’s Italian Grand Prix. But Stewart does not believe the Dutchman, 23, who was held responsible by the stewards, was entirely to blame.

The smash came two months after Verstappen was concussed following a 180mph coming together at Silverstone. Hamilton was handed a 10-second penalty for that incident, but Verstappen, who leads his rival by five points in the table, will serve a three-place grid penalty in Sochi a week on Sunday. 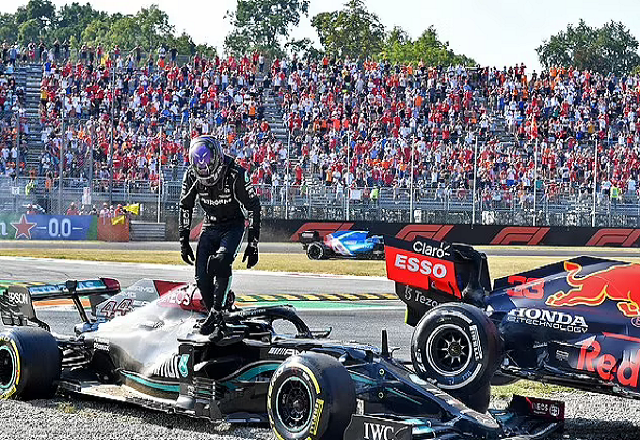 Stewart told Sportsmail: ‘Verstappen is taking longer than expected to mature. Not even to go to see Hamilton after a serious accident when you have just driven over the top of the guy is something I don’t really understand. Especially when he is still in his car and remained there for a long time before getting out.

‘Max has quite a lot to learn. But who will he listen to? ‘He’s very, very good. He’s probably the fastest driver on the grid now, but to be a proper champion you cannot be entangling yourself in crashes all the time. ‘If I were their team principals, I’d tell them, “For Christ’s sake, don’t do it again”. Just because you are leading the world championship, it doesn’t mean you are bulletproof.’ Stewart, who did more than any other driver to revolutionise safety in motor racing, thinks both men took unnecessary risks at a dangerous spot. 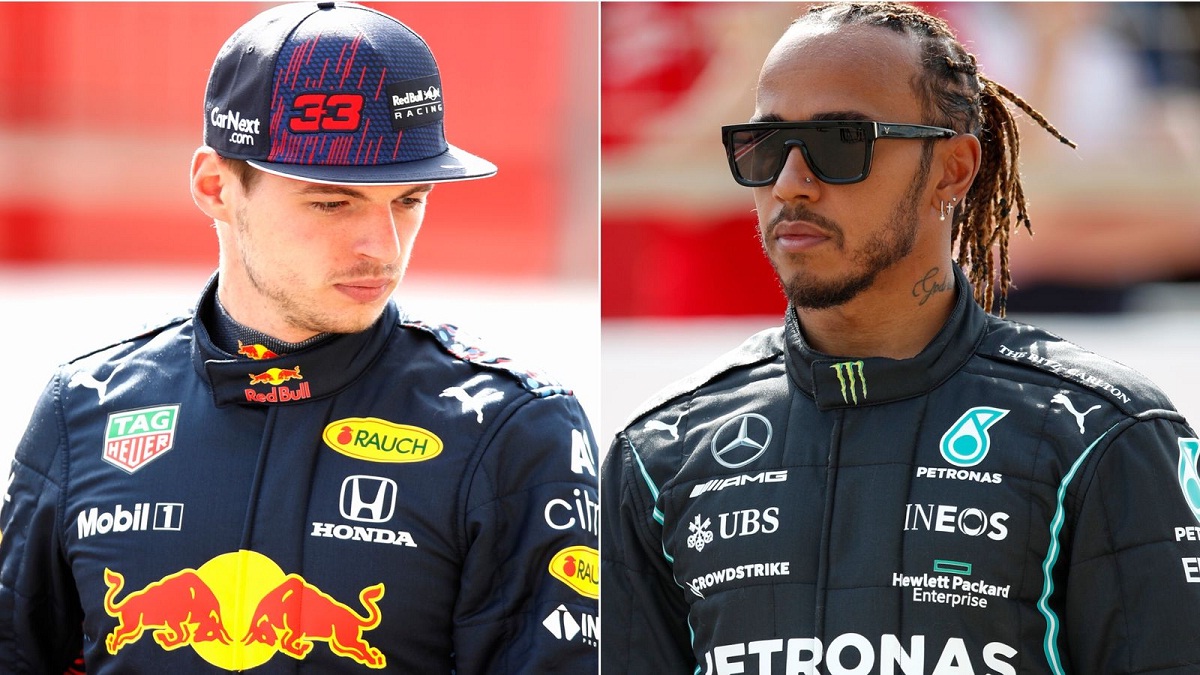 ‘The stewards have more information, but if they were so certain Verstappen was entirely to blame then why does he only get a three-place penalty? ‘If it weren’t for the halo, Lewis could have died, and the supposed culprit only gets a slap on the wrist!’

Hamilton accused his arch rival of causing the horror crash that saw the Red Bull car land on his head as he claimed ‘he knew what was going to happen, but he still did it’. The pair also collided at Silverstone at the British Grand Prix in July. ‘I’m a little bit stiff and sore on my neck because it landed on my head, but I’ll be ok,’ Hamilton told Sky Sports. 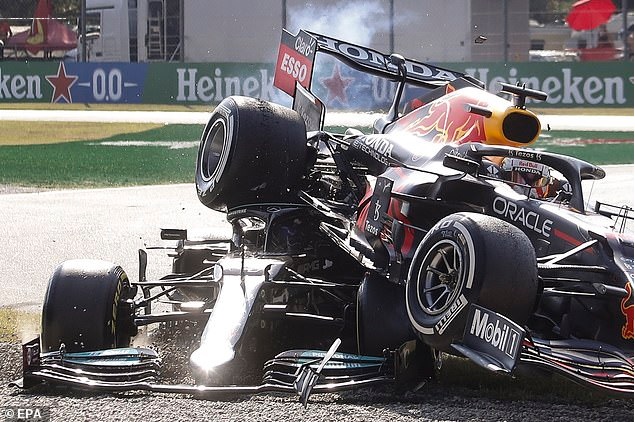 ‘Just from what I remember, I was racing as fast as I could, I was in the lead time wise, they fitted me, the pitstop was slow and I lost a couple of seconds. ‘I came out, I saw Max was coming, I left a car’s width, was ahead going into turn one, ahead in turn two, then he’s on top of me.’He just didn’t want to give way today. He knew going into turn two what was going to happen, going over the kerb, but he still did it. ‘We will talk to the stewards but I don’t know what to say. I’m sure we will talk when we get to the stewards.’

Verstappen stated that Hamilton ‘kept on squeezing’ him and said that there was little he could do when the British driver was ‘not willing to to work’ to make the corner. Verstappen said: ‘We realise it was going to be close into turn one, we cut across and I had to go onto the green part. He realised I was going for it, he kept on squeezing me, I wanted to race. ‘You automatically talk about Silverstone these things happen and we are all professional to get on with it.

‘I didn’t expect him to keep on squeezing, if he’d given me a car width we would have raced out of turn two. Then there was nowhere to go, he pushed me onto the sausage kerb, we touched. He kept on squeezing as I was alongside him. ‘You need two people to work together to make the corner, we were fighting for position and unfortunately we touched.

‘If one guy is not willing to work, what can you do? It’s not going to happen. ‘It is very unfortunate what happened today, nobody likes to see that but we are professional enough to step over and keep going.’

Sir Jackie Stewart: Max Verstappen must GROW UP after crash with Lewis Hammilton