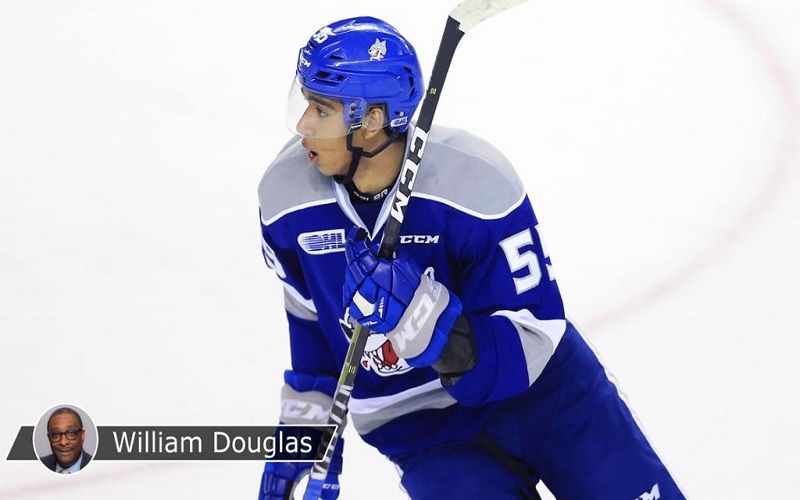 17-year-old center could make history by becoming first black player taken in top three.
William Douglas has been writing The Color of Hockey blog for the past eight years. Douglas joined NHL.com in March 2019 and writes about people of color in the game. Today, he profiles players of color eligible for the 2020 NHL Draft, scheduled to be held June 26-27 at Bell Centre in Montreal.

NHL Central Scouting’s midterm rankings of players eligible for the 2020 NHL Draft are out, and players of color are on the lists from top to bottom.

Quinton Byfield of Sudbury (Ontario Hockey League), No. 2 in NHL Central Scouting’s ranking of North American players, would make history if he’s selected higher than fourth when the draft is held June 26-27 at Bell Centre in Montreal.

He would become the highest-selected black player if he goes in the top three. Columbus Blue Jackets defenseman Seth Jones was chosen with the No. 4 pick by the Nashville Predators in 2013, and San Jose Sharks left wing Evander Kane was selected No. 4 by the Atlanta Thrashers in 2009.

Here’s a look at Byfield and six other players of color eligible for the draft:

Byfield is the complete package, with size (6-foot-4, 215 pounds), speed and skill. The 17-year-old center is tied for fourth in scoring in the OHL with 67 points (26 goals, 41 assists) in 35 games for Sudbury. He helped Canada win the 2020 IIHF World Junior Championship, finishing with one assist and averaging 8:41 of ice time in seven games.

“It’s a tough tournament for a Canadian boy, for a 17-year-old,” Sudbury coach Cory Stillman said. “It is an 18, 19-year-old tournament. I know he wanted more. But in our league, he’s the best player night in, night out. [At the World Juniors] he was playing on the wing; I use him as a centerman. I think, moving forward, when you see Quinton at this level and at the NHL level, you’re going to see a big, 6-foot-4 centerman — and they’re hard to come by.” 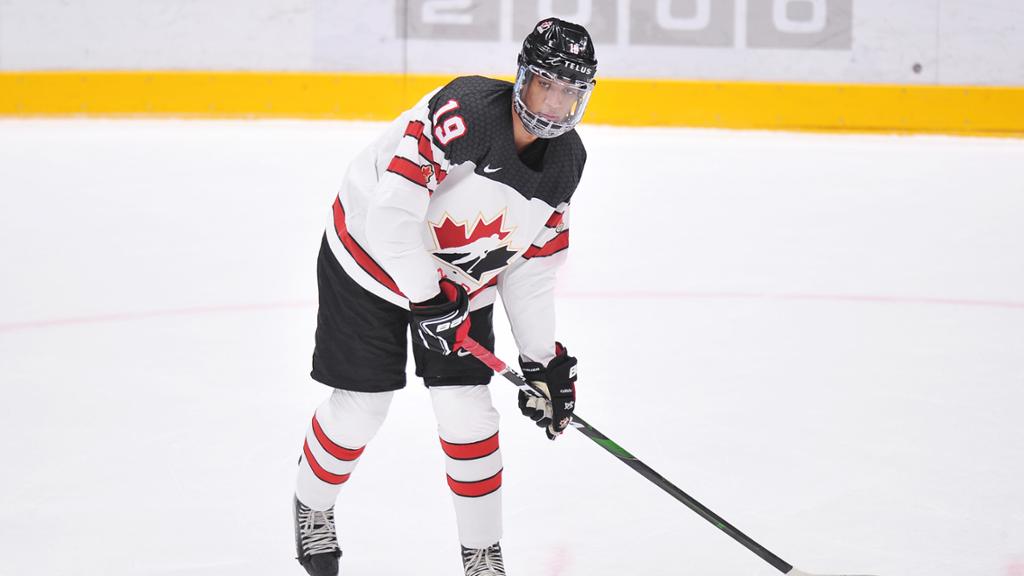 NHL Central Scouting said the 17-year-old from Richmond, British Columbia, is a “deceptively quick skater that wins a lot of races. Smart on both sides of the puck and is an effective penalty-killer. Comes back hard on the backcheck, reads the play well to break up scoring chances.” 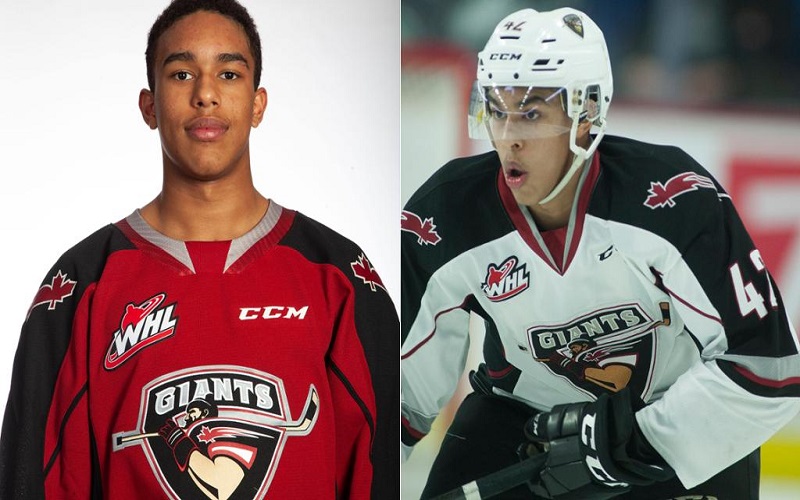 The 19-year-old Finnish forward, who was born in Washington State, had a breakout performance at the 2020 World Juniors. He was Finland’s third-leading scorer with six points (three goals, three assists) in seven games. One of those goals gave Finland a 1-0 win against the United States in the quarterfinals. 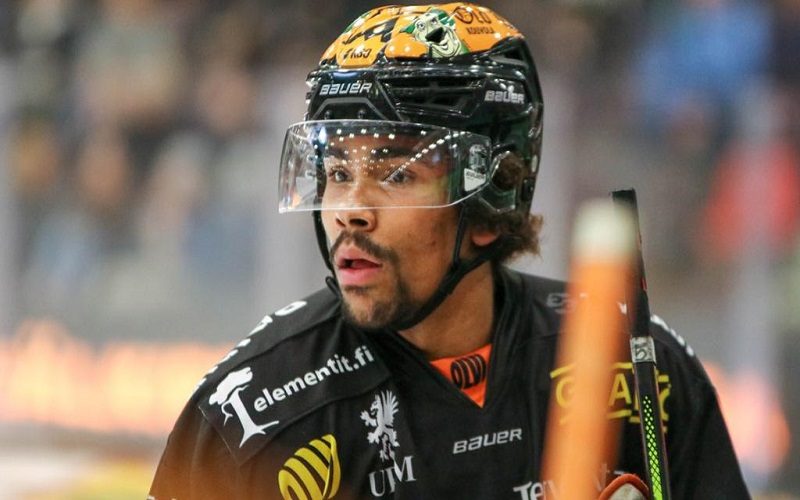 “He’s starting to grow into his body and he’s starting to use it,” Stillman said. “He’s a great skater. He skates himself out of trouble — and when he does that, he skates at an NHL level.”

“A lot of people have been impressed most likely with his trajectory this year,” Kingston coach Kurtis Foster said. “Last year, he was a kid who came in as a fourth-round (OHL) pick and had a good season but [scored] just three goals. This year, he’s just taken off offensively. He’s a kid who plays with a lot of passion. He’s relentless on the puck. You always leave the game remembering him the game.” 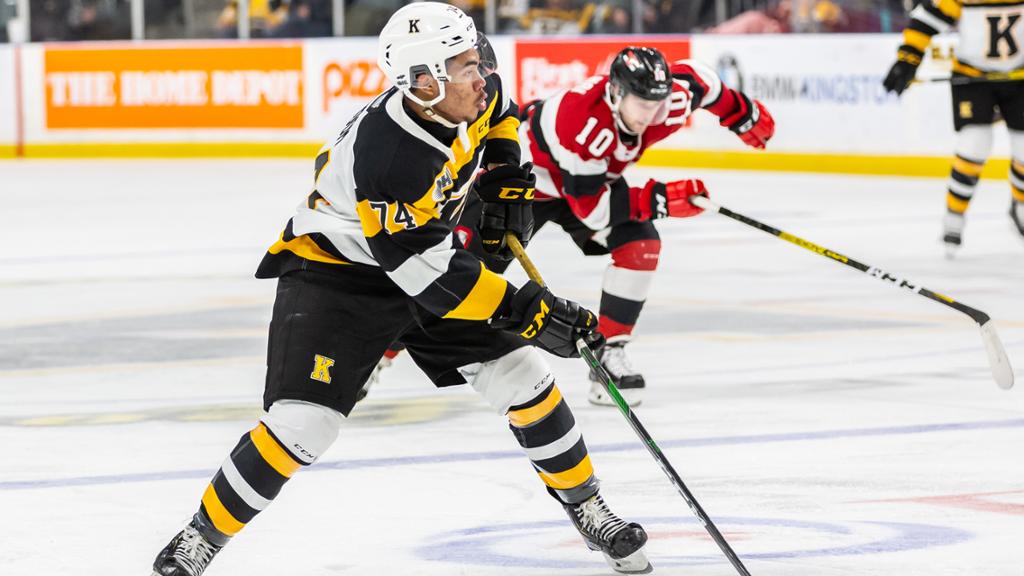 “David is an elite talent,” said Pat Ferschweiler, an associate head coach at Western Michigan University who coached the U.S. team at the Hlinka Gretzky tournament in August. “Despite his size, he’s extremely competitive; an elite skater with a high, high hockey IQ. He’s not going to blow up a lot of guys with huge body checks, but he’s a good angler, he’s competitive and he can win puck battles using his brains and his feet.” 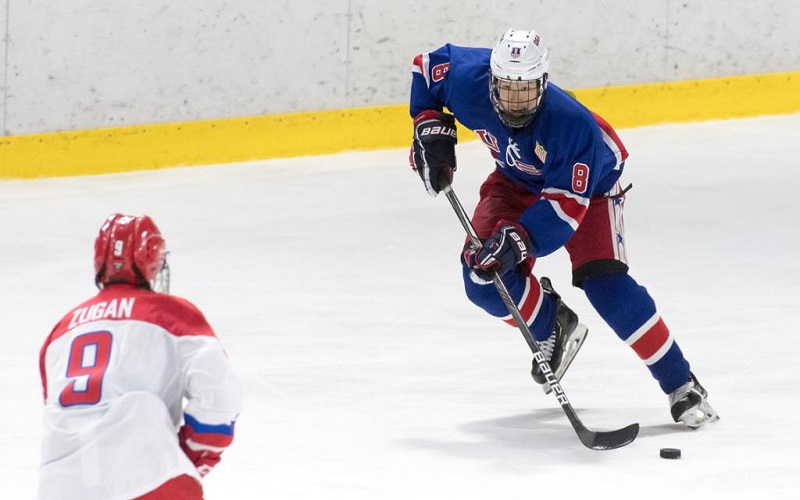 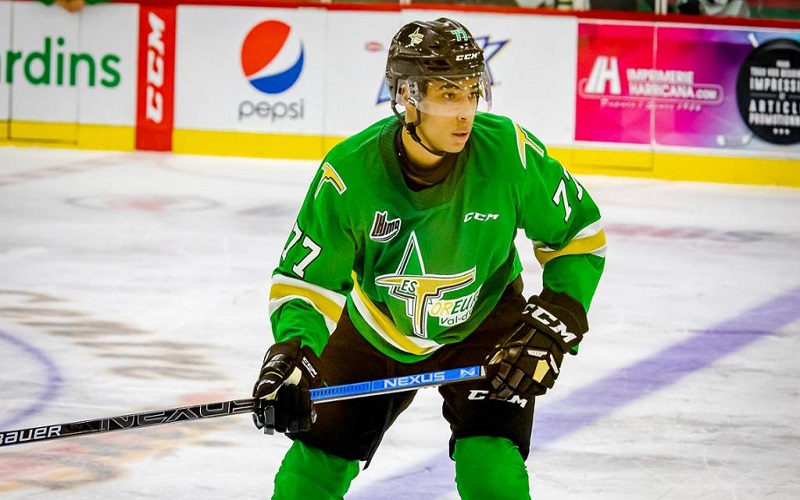