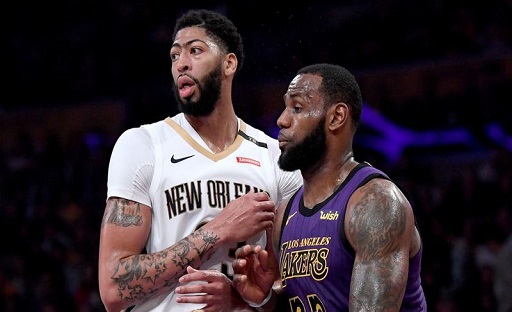 As Davis embarks on a new era with the Lakers, Davis says he is looking to establish his “legacy,” and isn’t worried as much about making a ton of money during his NBA career. One example of this is how Davis agreed to waive his $4 million trade bonus so that the Lakers would have salary cap space for another maximum contract in free agency this summer.

Speaking to the LA times, Davis Noted that:

“Money comes and goes; your legacy is forever,” Davis said. “I think how you establish yourself in the NBA and what you do on and off the court is something that people will remember forever. Obviously, our money is public and people know what we make, but at the end of the day no one cares about how much money you make.

further more, he explained what he meant by establishing a legacy:

“Anthony Davis is not going to be a great basketball player because of the amount of money he makes, it’s going to be about what he achieved on the court and also off the court. That’s all part of my legacy, and I think that’s way more valuable than any monetary value.”

Davis has certainly already established himself as a superstar during his seven NBA seasons. The former Kentucky standout has been the face of the Pelicans franchise and even helped take the team to the postseason on two different occasions, including leading New Orleans to a sweep of the Portland Trail Blazers in the opening round in the 2018 playoffs. Entering the next chapter of his career, he shared his thoughts about his new superstar teammate in L.A.

“I always looked up to him,” Davis said. “As a kid, [James] and Michael Jordan were the two guys I [admired]. I didn’t get a chance to watch Michael Jordan live, but I watched LeBron a lot after he entered the league and he was the guy that I looked up to.”

During his time in the league, Davis has put together averages of 23.7 points, 10.5 rebounds, 2.1 assists and 2.4 blocks while shooting 51.7 percent from the floor. Playing alongside LeBron James figures to really benefit Davis’ already-impressive numbers and could result in the Lakers being one of the top teams that the NBA has to offer.

The Lakers are still in the conversation to sign Kawhi Leonard, who is contemplating his decision and a resolution could happen at any time. Needless to say, if the trio of Davis, James, and Leonard comes together, a championship run is extremely likely for Los Angeles.
CBS Sports HQ Daily Newsletter
Get the best highlights and stories – yeah, just the good stuff handpicked by our team to start your day.

I agree that CBS Sports can send me the “CBS Sports HQ Daily Newsletter” newsletter.
See All Newsletters