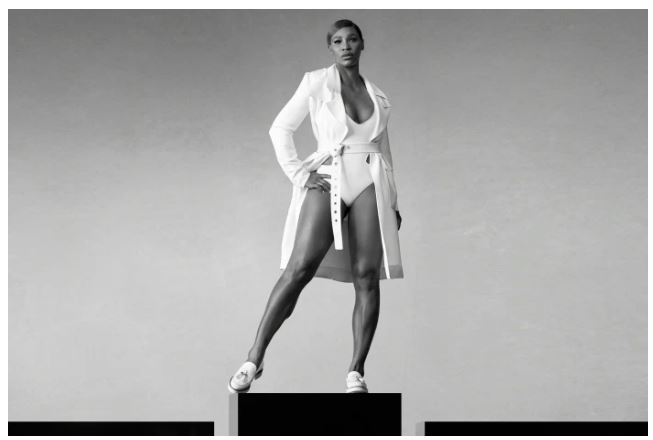 Serena Williams was nothing but inspiring in a new video shared to social media where the mom-of-one gave fans a glimpse into her workout lifestyle.

Tennis champion Serena Williams was in the mood for some show-offs as she shared a Tik Tok video on her Instagram page. Williams was busy with her workout routine, while fans could not help being enthralled.

In the video, Serena was filmed in a gym room going through her workout process and flaunting her toned body. The mom-of-one donned a two-piece, which included a lilac Nike vest and a striped sports skirt.

For Williams, she is usually able to combine her busy schedule and motherhood by thinking of “women [that] are just really amazing.”

I’ve been staying at home and practicing social distancing. I want to make sure I’m doing my part during these uncertain times. Your actions matter and to #stayhome is one thing we can do to flatten the curve. Thank you @voguemagazine and Anna for raising awareness to make sure we take care of one another, even if it’s from your couch. And thank you to all who are out there taking care of us outside of your own home.

Serena completed her gear with a pair of black footies. Through the video, Williams showed her expertise while doing through each rigorous exercise. She captioned her post:

“Did someone say Tennis? Via Tik Tok.”

Followers were awestruck in the comments, and they held nothing back while showing admiration. One psyched fan dubbed Serena the “Greatest of all time,” while another gushed over her workout plan. Many others had lovely words for the grand slam champion.

Did someone say tennis? Via TikTok

The Blast shares that Serena, a fashion icon, had her supporters drooling after sharing a sultry post on Instagram. Amid the quarantine, the table tennis star remained in shape and in fashion! The Instagram post had her rocking a tight-fisted knee-length dress that accentuated her curves.

The tennis icon crossed her legs as she posed for the camera with a Victorian-styled gold plated phone. Her A-list look was complemented with a pair of dark sunglasses.

It seems that Williams is becoming a Tik Tok champion! Bet Shares that she had fans reeling with laughter after sharing a video of her playing table tennis against herself.

With some editing, Serena “cloned” herself and played back and forth in two different outfits. At the end of the hilarious video, both versions of Serena praised each other’s efforts.

Today reports that Serena Williams doubles an active tennis star and a mom. She, however, once admitted that it could become a lot of work. In times like this, Williams draws inspiration from the “average working moms.” She told the publication:

For Williams, she is usually able to combine her busy schedule and motherhood by thinking of “women [that] are just really amazing.” According to Hollywood Life, Serena’s family was in the news after her husband, Alexis Ohanian, decided to step down from his position in Reddit.

Ohanian, a co-founder of Reddit, took the exemplary step in the hope that his successor would be a black person. Serena could not hold back on her praises as she gushed over Ohanian and let him know she was proud of his decision.

Why Serena & Venus Williams’ father may suffer another break down