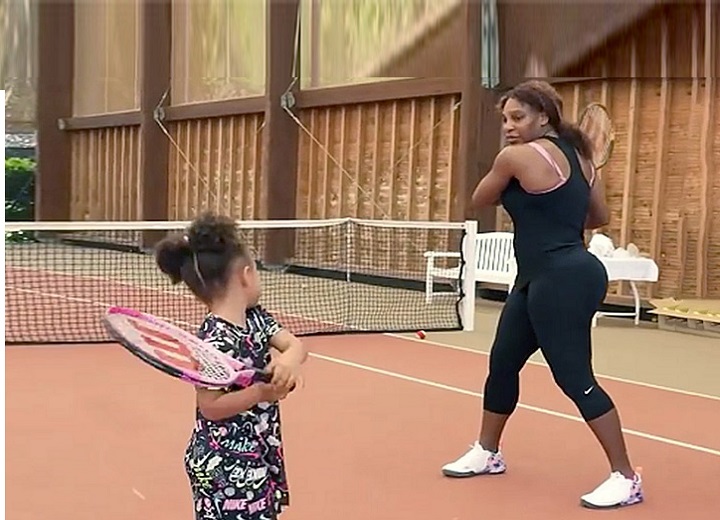 First, the pair began with some stretches. “Part 1: Into the thick of it! Warmup with @olympiaohanian,” Williams wrote alongside one video on her Instagram. 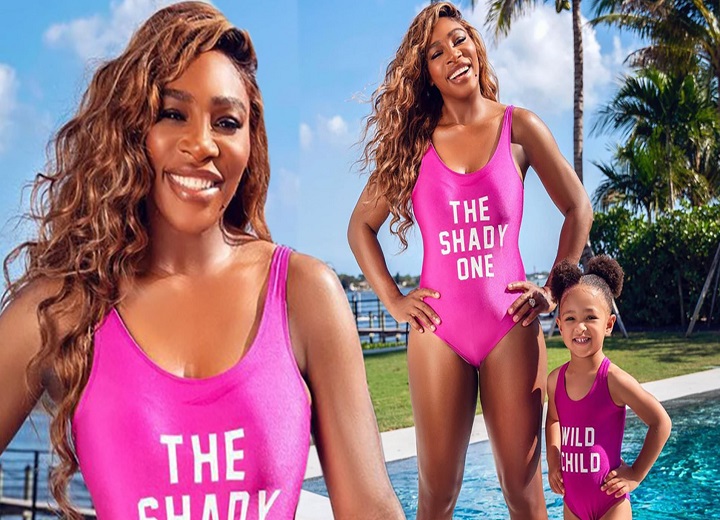 Set to “Into the Thick of It” by The Backyardigans, the sweet clip showed Williams and Olympia limbering up with some stretches and jumping exercises.

Next, Williams helped Olympia with her forehand swing. To the delight of the toddler, the tennis pro told her daughter to imagine that balls are cupcakes to help her hit them with the racket.

After Olympia managed to hit all four balls, Williams and her daughter celebrated with a victory dance.

“Baby champion, baby champion,” Williams raved as Olympia boogied down. A third video showed the mother of one sweetly passing down the advice her own father gave her about the perfect forehand swing. As Williams demonstrated the stance, Olympia adorably copied her mom’s pose.

“That’s very complicated for a three-year-old, but you might get it,” Williams quipped.

Alexis Ohanian, with whom Williams shares Olympia, was clearly impressed by their daughter’s budding talents. In the comments section of one video, the Reddit co-founder, 38, wrote, “I am ready. Tennis Dad Mode Activated.”

“Historic,” he commented in another post. Little Olympia has been picking up some of her mom’s tennis skills amid the pandemic. In April, Williams told PEOPLE that the main reason she enrolled her daughter in lessons was to keep her occupied while in a socially-distanced environment.

“Honestly, we started because it’s a socially safe sport, and when COVID happened, it was like, we’re just in the house with a 3-year-old, what do we do?” Williams said. “There was only one answer, to my dismay.”

Williams did go into “tennis mom” mode before Olympia’s her first lesson in October, she posted on Instagram at the time, and joked that the instructor “has no idea that it’s my daughter, so we’ll see how that goes.”

“I’m not a pushy mom, but I know how I like techniques, I want to make sure she’s good at teaching Olympia some techniques,” she added.

Recently, Olympia followed in her mother’s fashion footsteps by wearing a miniature version of the iconic catsuit Williams wore at the 2021 Australian Open to practice.

“Awwwww mannnnnn I asked you to save this post until I was next to her side my side in my same outfit 🙄🙄,” Williams commented on Instagram after her husband shared photos of Olympia in her tennis gear.

“Oophhh I guess I’ll have to pull the plug from your phone tonight,” she added. “And you wake up wondering why you have no battery 🤷🏿‍♀️🤷🏿‍♀️ LOL.”