The first ensemble consisted of a sports bra and yoga pant set. The bra was a classic shape, with a chic high neckline and elastic hem that ended just below the bust. The color of the top was a bold black, but small gold stars decorated the garment to give it both a pop of color and a fun pattern. 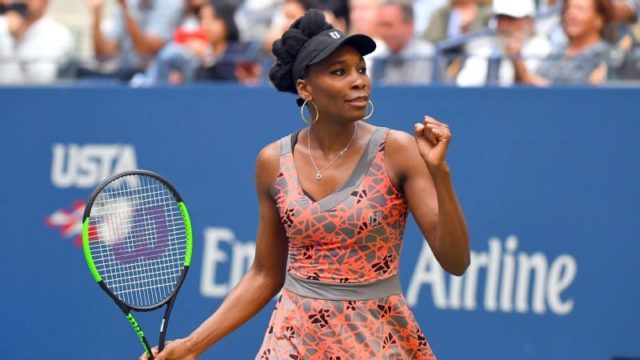 Adding to the metallic accents was a bright gold trim along the hem of the top, which expanded into striped details across the back that crisscrossed to form yet another ornamental detail for the garment.

Williams coupled the bra with a pair of matching bottoms. They were a yoga pant style, with a high-waisted silhouette that emphasized her hourglass figure. To keep with the Wonder Woman motif, the leggings were also decorated with gold stars.

Keeping focus solely on the enviable outfit, Williams kept the rest of her look casual and simple. She looked fresh-faced and opted for a trendy center part of sleek straight hair. 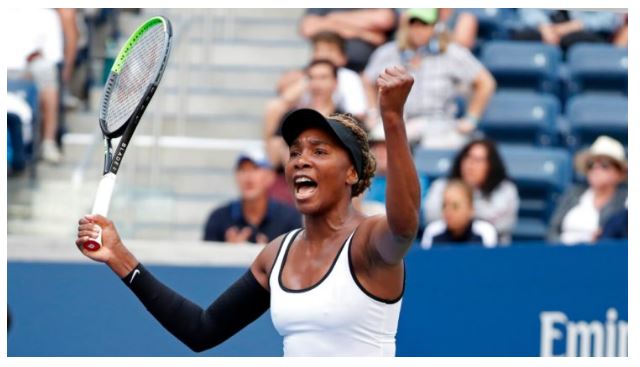 Williams struck a number of poses to model the ensemble, often placing at least one hand on her hip to accentuate her curves and concluding the clip with a hair flip before raising her arm high into the air.

It was not the only outfit that Williams included in her update. Another was an athleisure dress that featured a dark collarbone accent, white body at the torso, and a black ruffled skirt. Ruching throughout the body of the dress flattered the tennis star’s trim figure, and Williams once again showed off her modeling skills as she posed while wearing the chic new look.

Fans awarded the two clips over 5,000 likes and more than 120 comments.