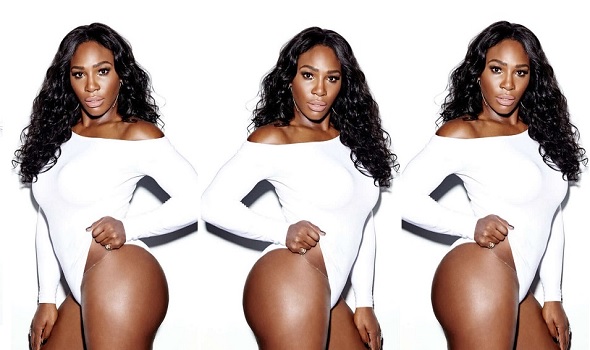 For quite some time, Serena Williams has been a sex symbol. Obviously, the hip hop world was up on the appeal of the Williams sisters, long before the mainstream. Definitely, Serena is a high-profile woman. 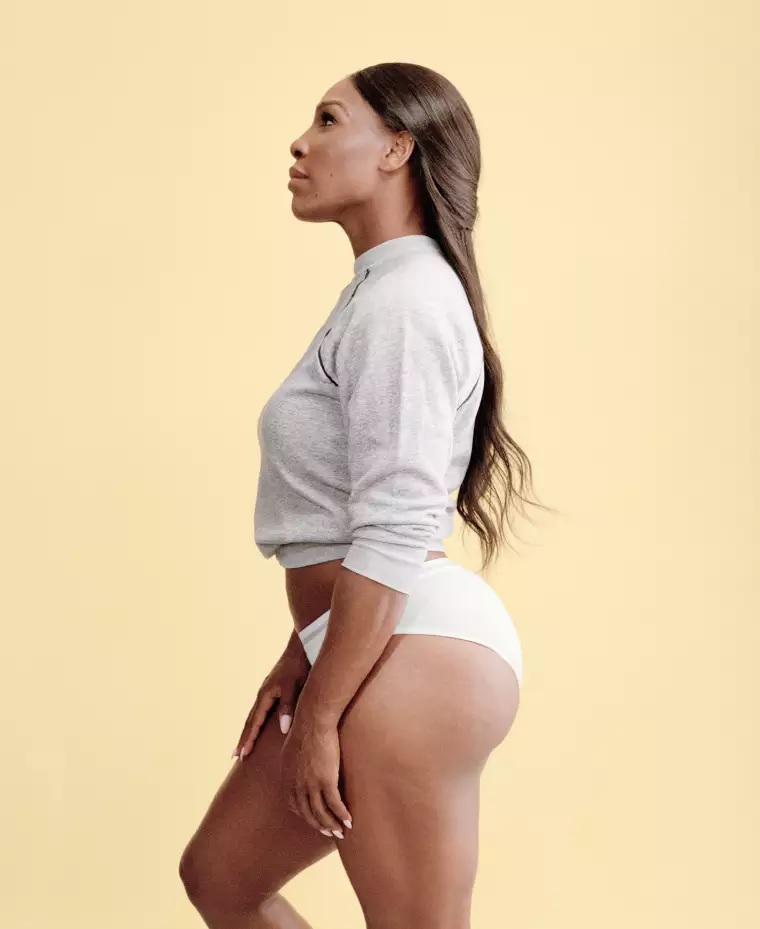 Now a married woman, with a child, Serena Williams was previously tied to high-profile men. Among those names, close to a decade ago, were Drake and Common. Word around town was their “Stay Schemin’” beef was over her. 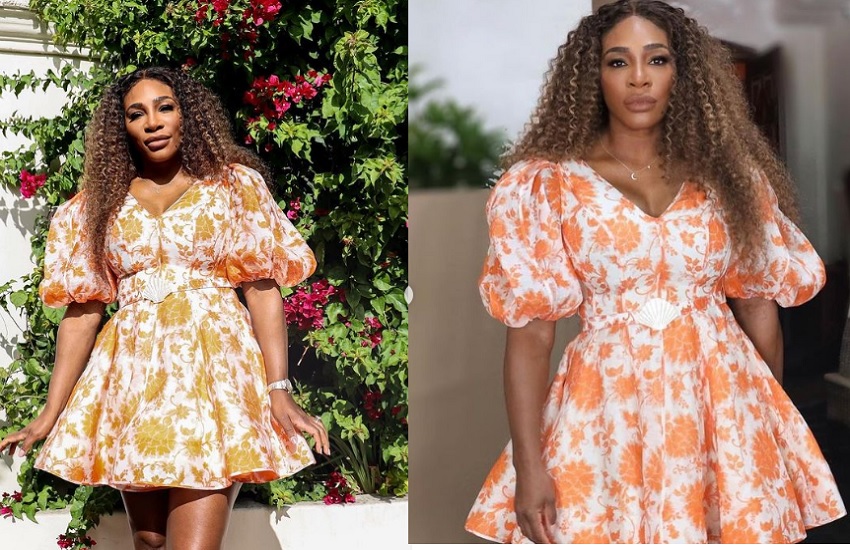 Serena Williams is all about the positive vibes and she brought those to Instagram, this morning. For no reason, she showed up in this catsuit, and fans say she is showing out. They are giving her props for just giving life, as fans and celebrities, alike, stan for her. 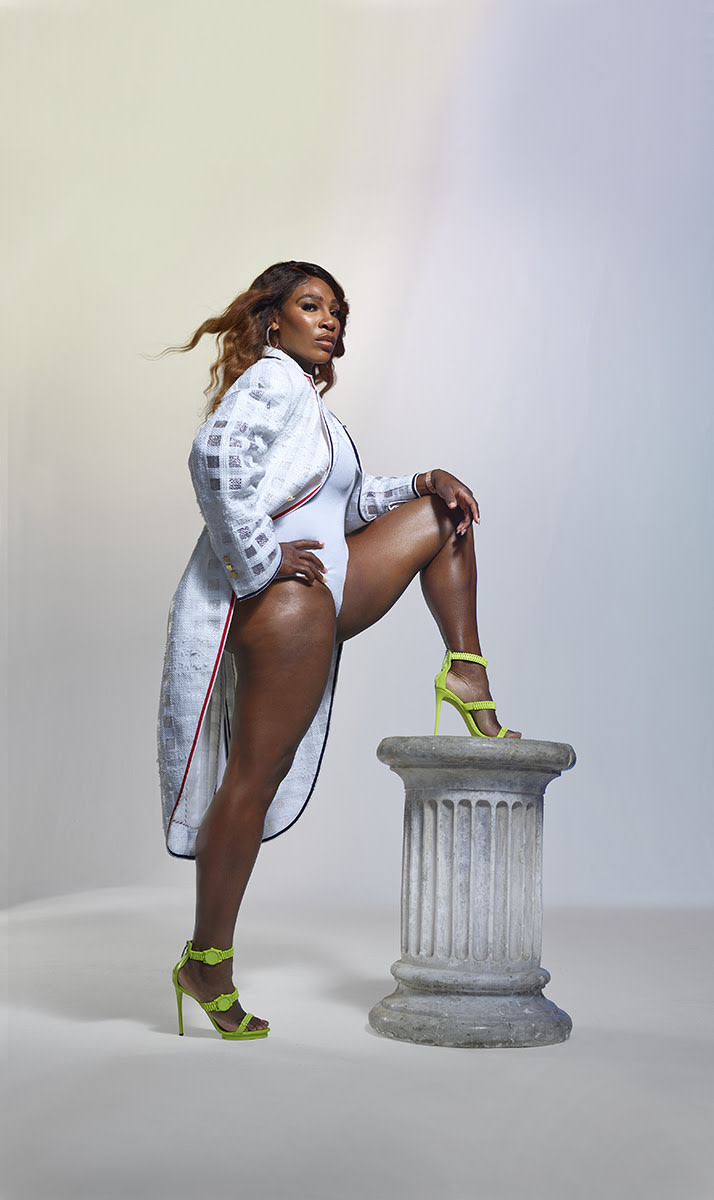 Serena Williams Says She Battled Body Image Issues: ‘It Has Been a Struggle to Love My Body’

The tennis star says she wasn’t always happy with her curves. Serena Williams may have the confidence to pose nude these days, but it took the curvaceous tennis champion years to get there. 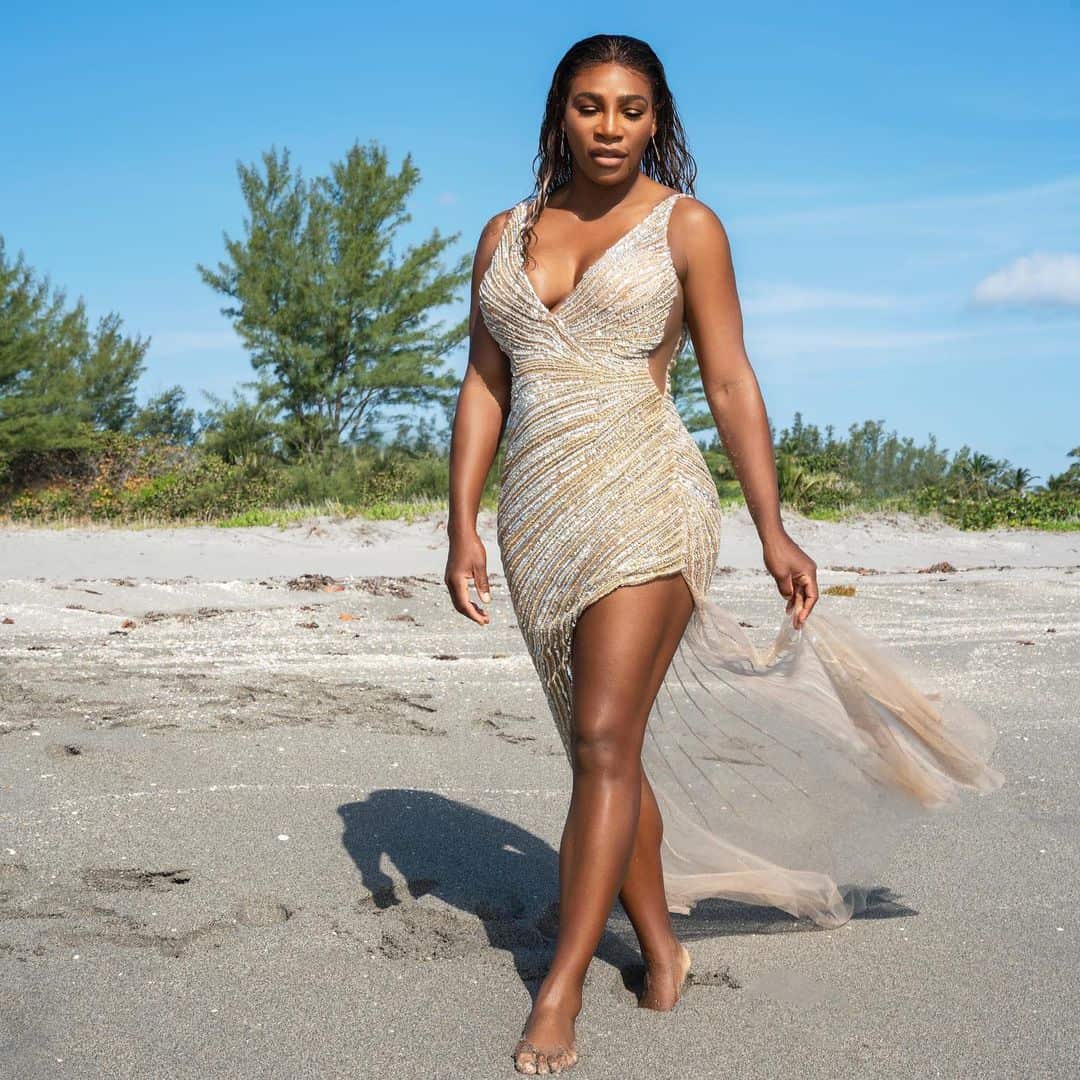 Williams says she used to battle body image doubts. “I know I get flack for my physique, and it has been a struggle to love my body, but now curves are in and I’m happier in myself,” she told Britain’s The Times Magazine.

Williams, 40, the winner of 23 Grand Slams in her career, says she used to compare herself to the slimmer players. 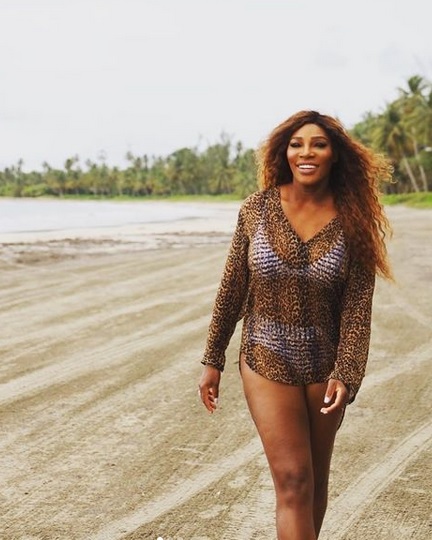 “When I was younger, it was hard seeing all these thin athletes when I had more muscular curves and was big-busted,” she says. “Just try running with DDs that are bouncing seven inches up and down! It’s distracting, not to mention dangerous, because you can tear ligaments.”

But now that she’s moved past her body image issues, she wants to help other women feel better about their individual physiques. 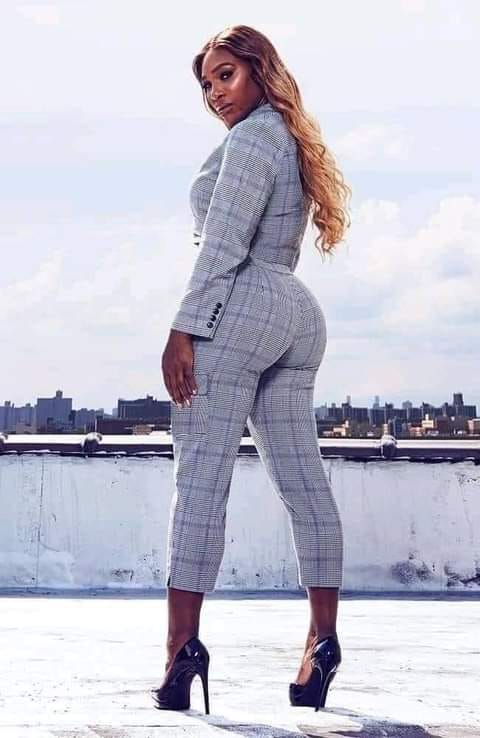 “Women face so many impossible ideals,” Williams says. “It’s important for me to get across that there’s more than one way to look amazing.”

Williams is well aware of the criticism women may face about their appearance. In July, body shamers attacked her when she posted a picture of herself in a bikini on Instagram. 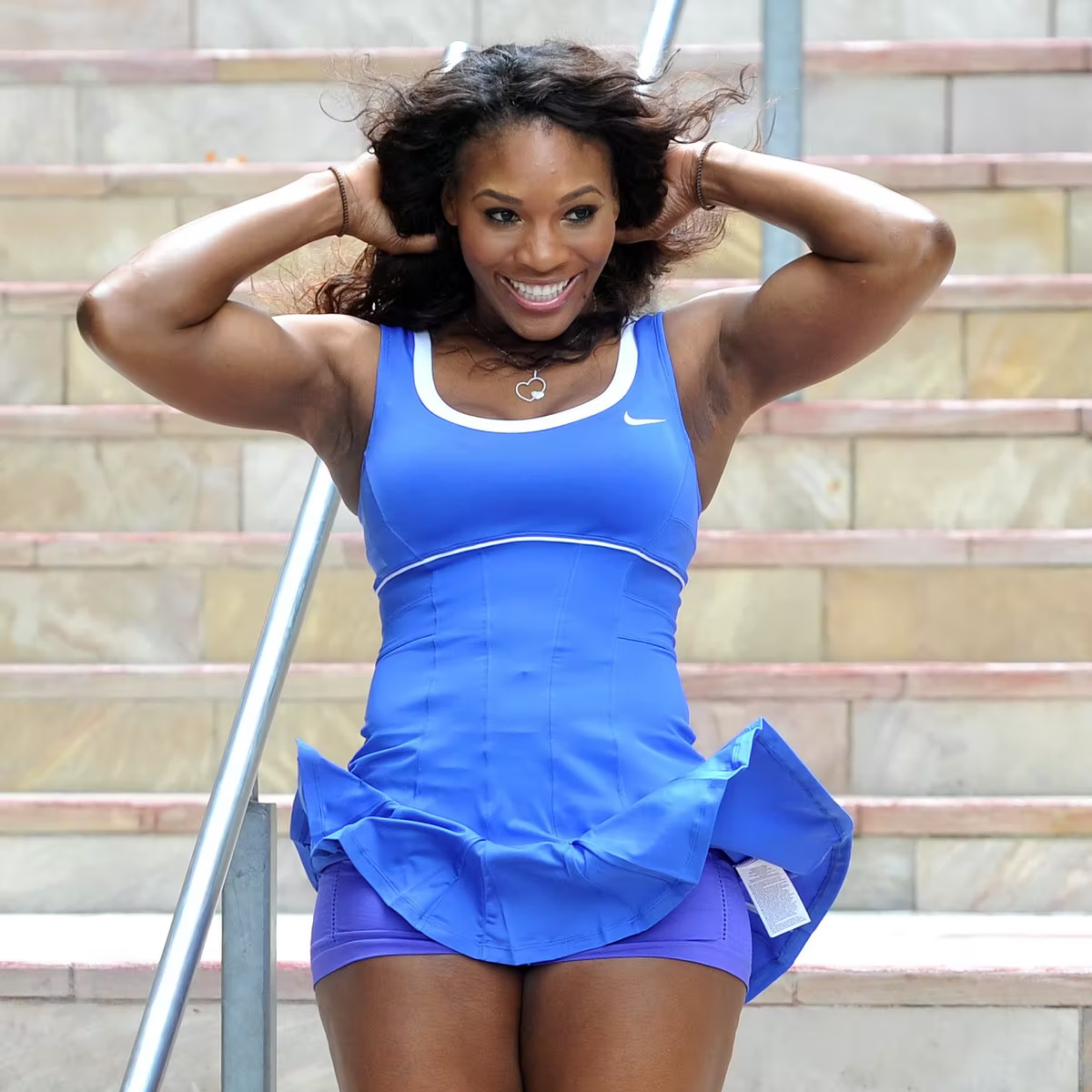 But Williams didn’t let that distract her from tennis, telling Good Morning America, “I don’t have time to be brought down, I’ve got too many things to do. I have Grand Slams to win, I have people to inspire, and that’s what I’m here for.” 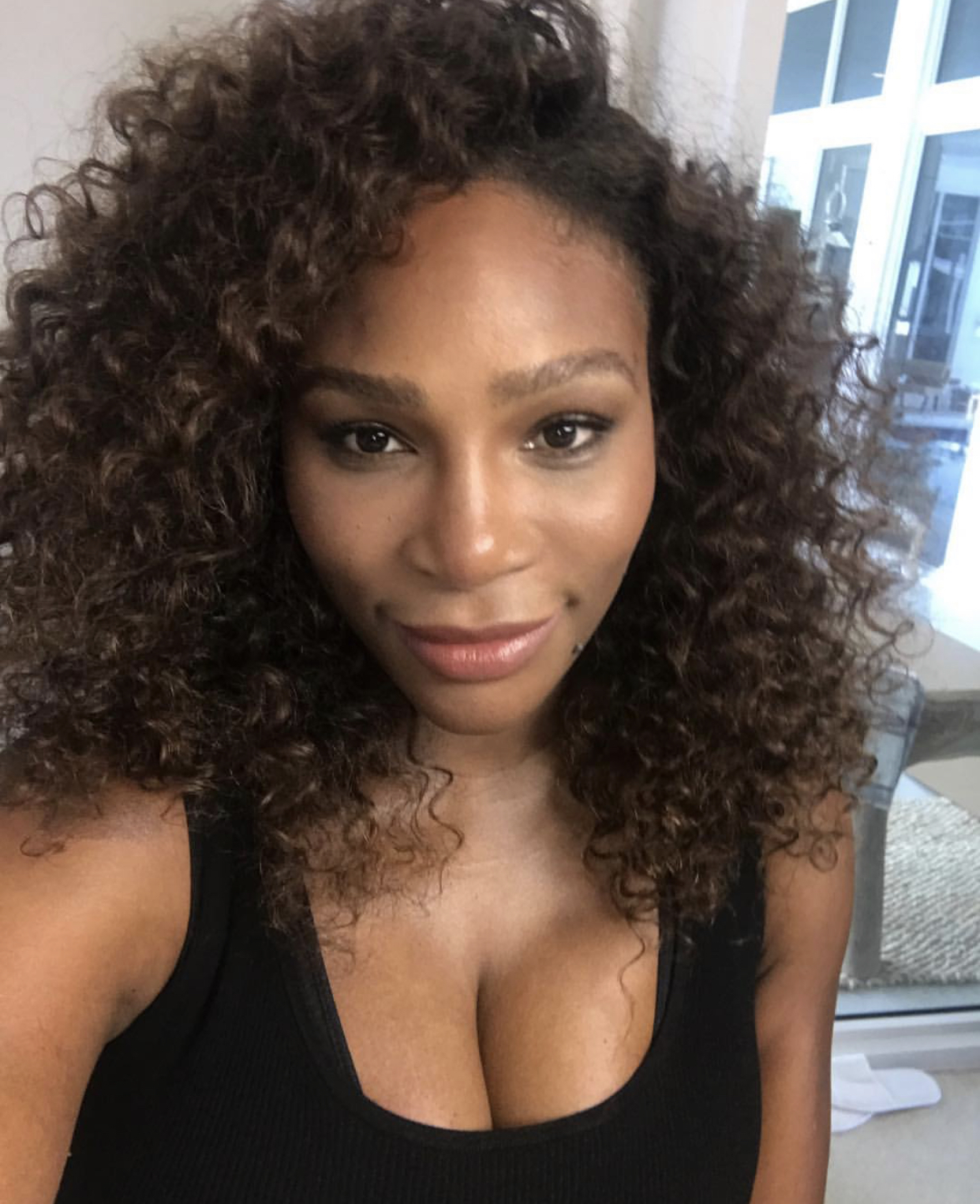 “I love that I’m a full woman and I am strong, and I’m powerful, and I’m beautiful at the same time, and there’s nothing wrong like that. It’s so important to look at the positives, if I get caught up looking at the negatives it can really bring you down.”

Video of Serena Williams dancing sexy in the bathroom