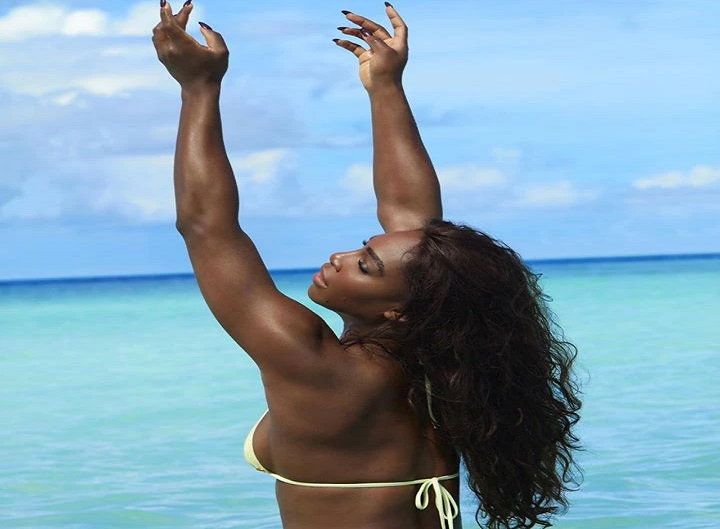 Tennis star Serena Williams was photographed having fun on the beach—Daily Mail released a few photos of her day.

She’s cheerfully sporting a pink strapless bra and she can be seen pulling up from time to time, as well as a cheetah bikini bottom that accentuates her beautiful bounteous behind. 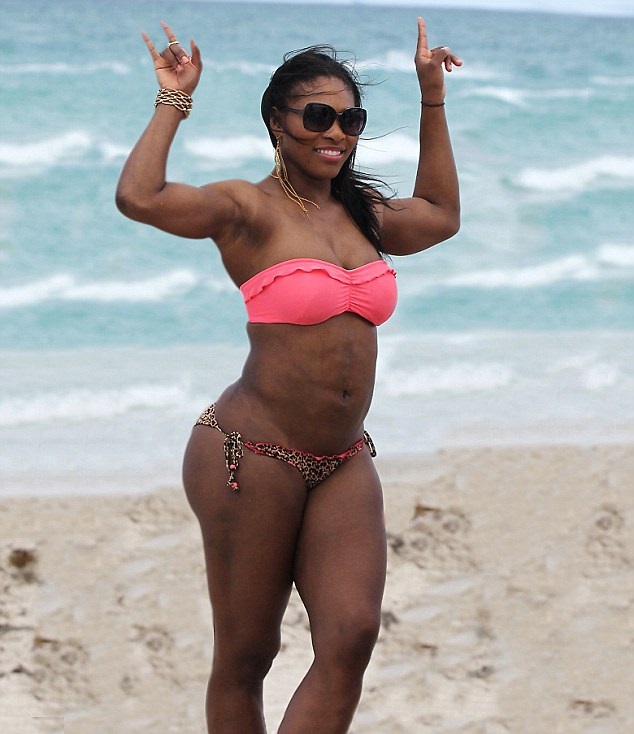 Many questioned how long would Williams’ career be placed on hold as a result of her foot injuries but Williams herself cannot be held down.

She has tweeted a photo of herself heading back to practicing on the tennis court in a sexy bodysuit. 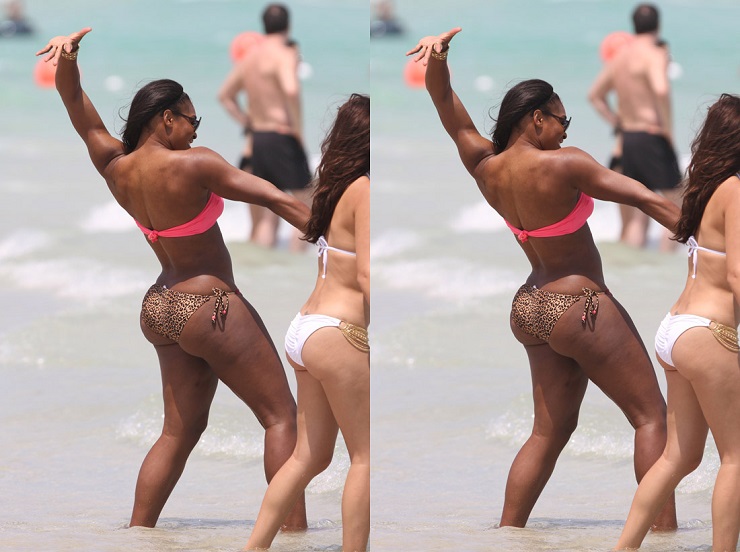 Now photos of her rocking a Cheetah and pink bikini on the Miami beach appear.

She can be seen splashing in water with friends, drinking Gatorade and overall enjoying life.

The following pages include nine other photos of the tennis superstar.

Williams Rocking out with the Waves

I mysteriously want to buy Gatorade now. Gatorade Does a Body Good 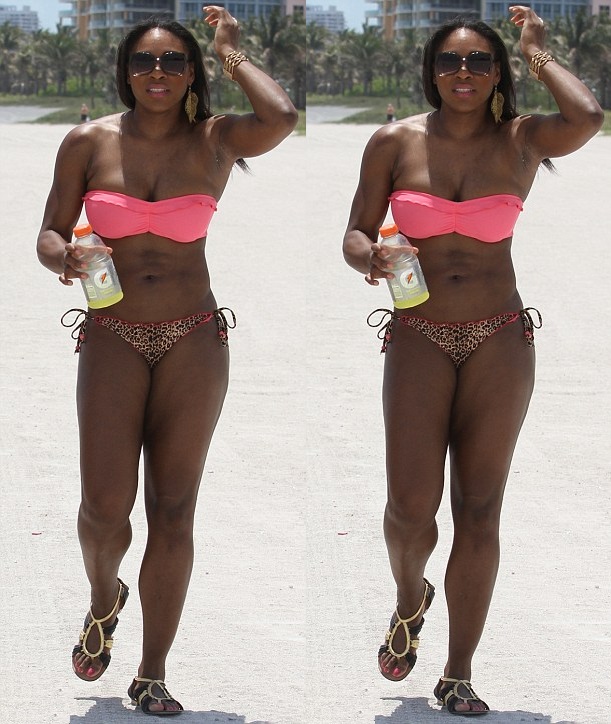 Serena Williams Rocking out with the Waves

Yes Ms. Williams, you do rock. I mysteriously want to buy Gatorade now. 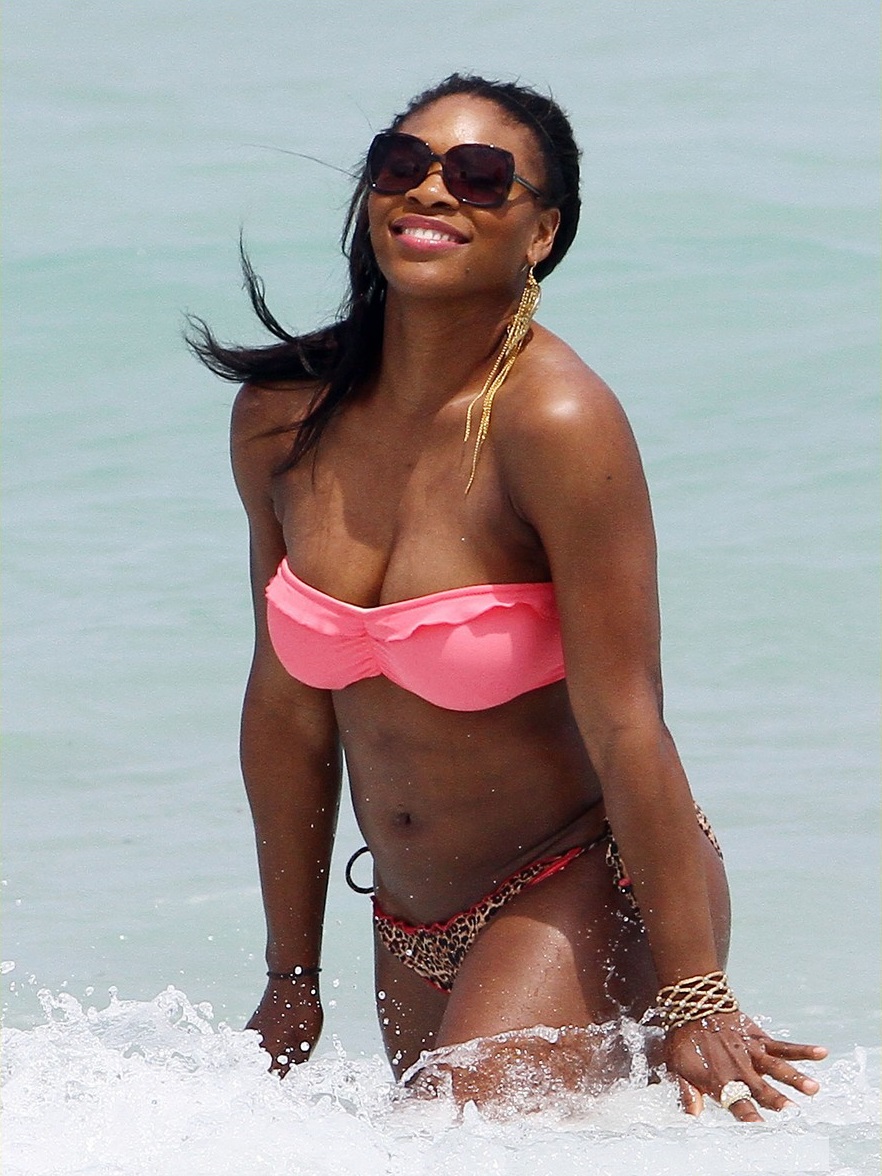 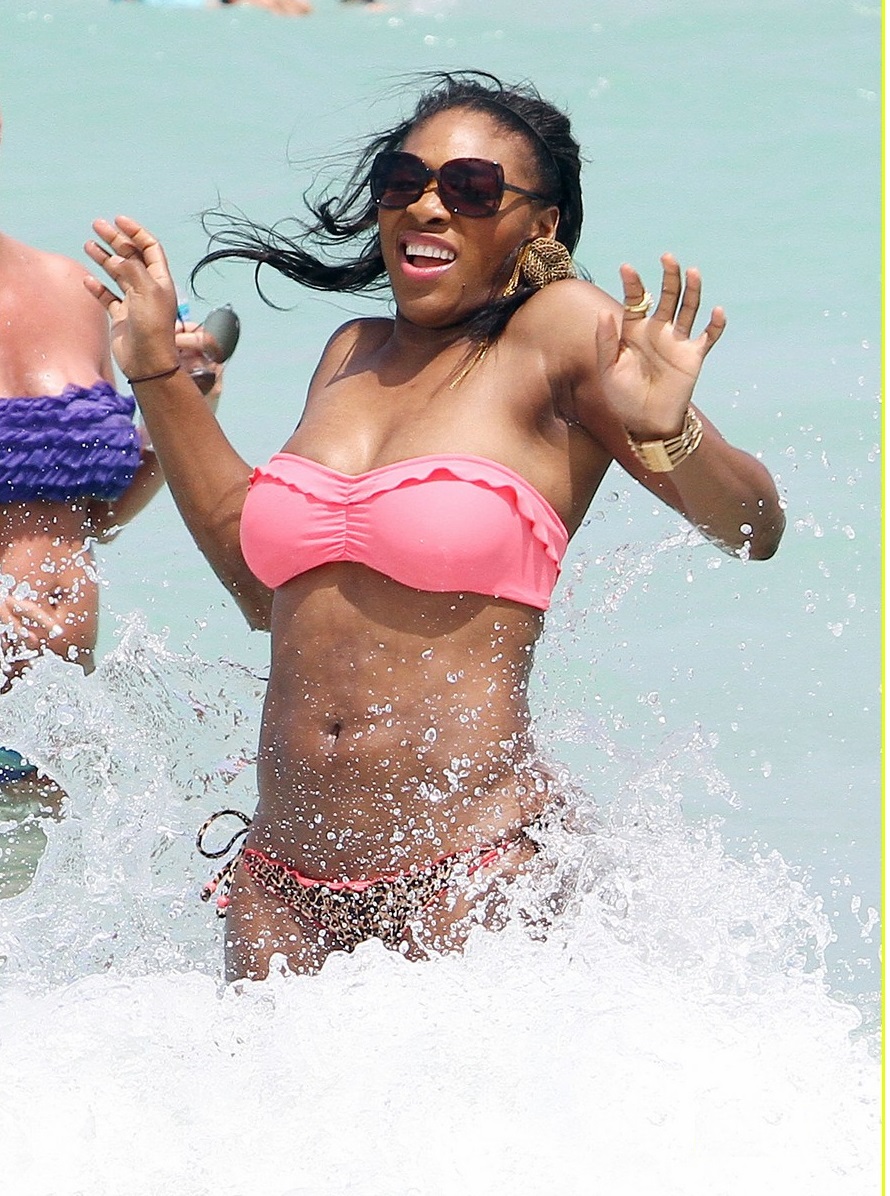 Apparently, Williams is not immune to being thoroughly and unexpectedly splashed. 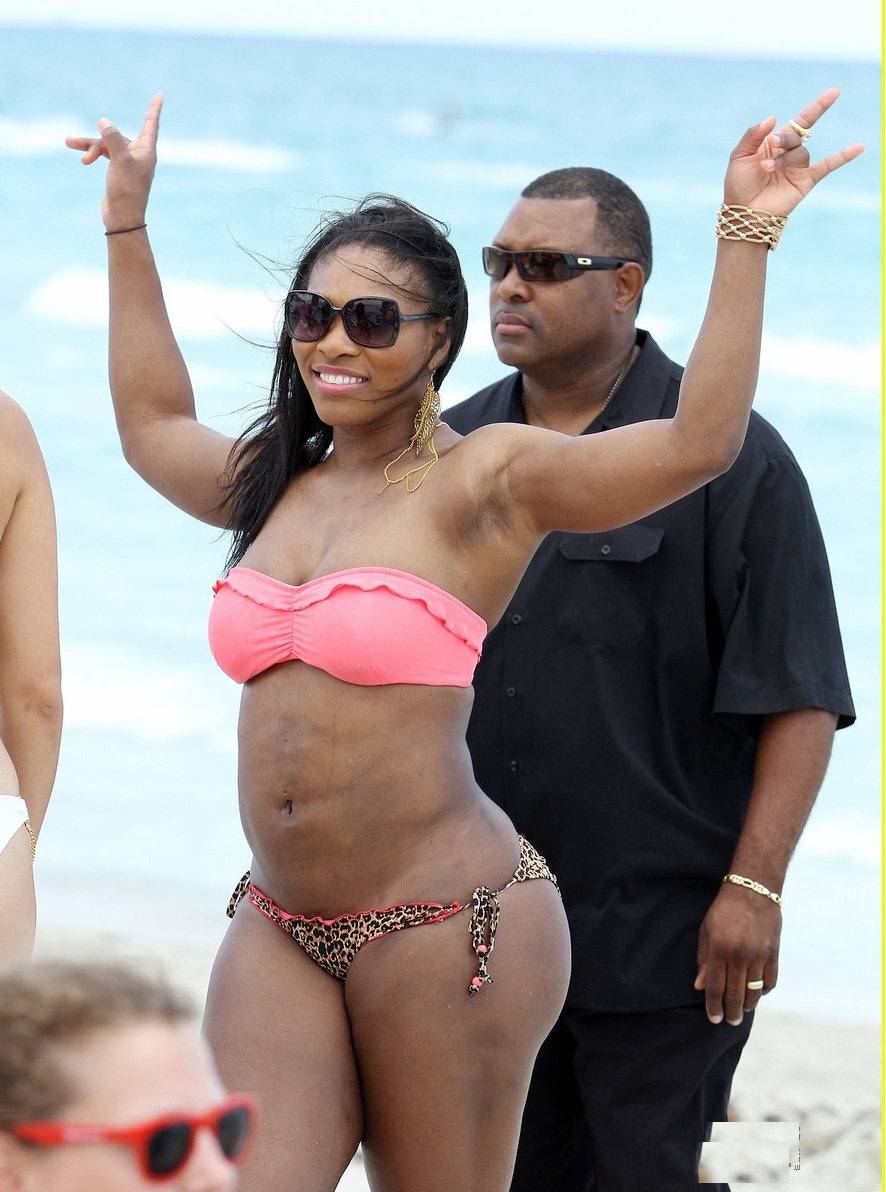 You can look boy but you better rock from afar or her security will rock you. 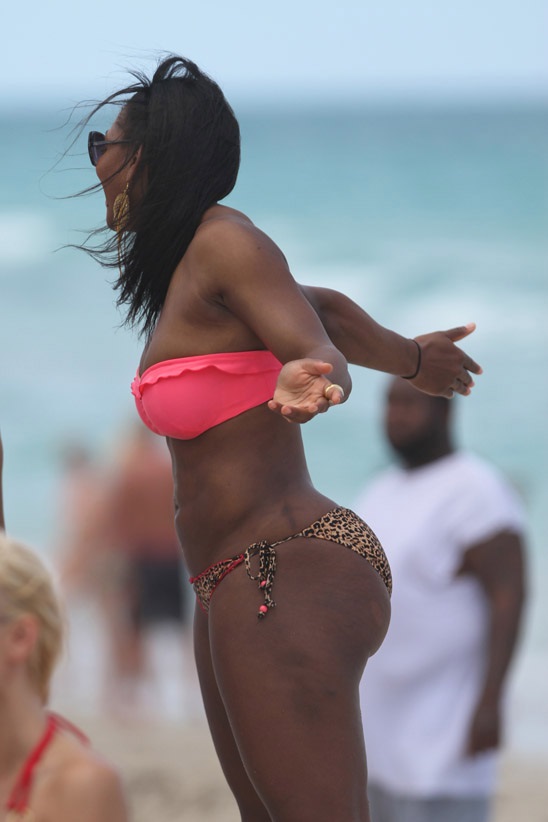 What else can you say?

Williams Has Fun in the Wind 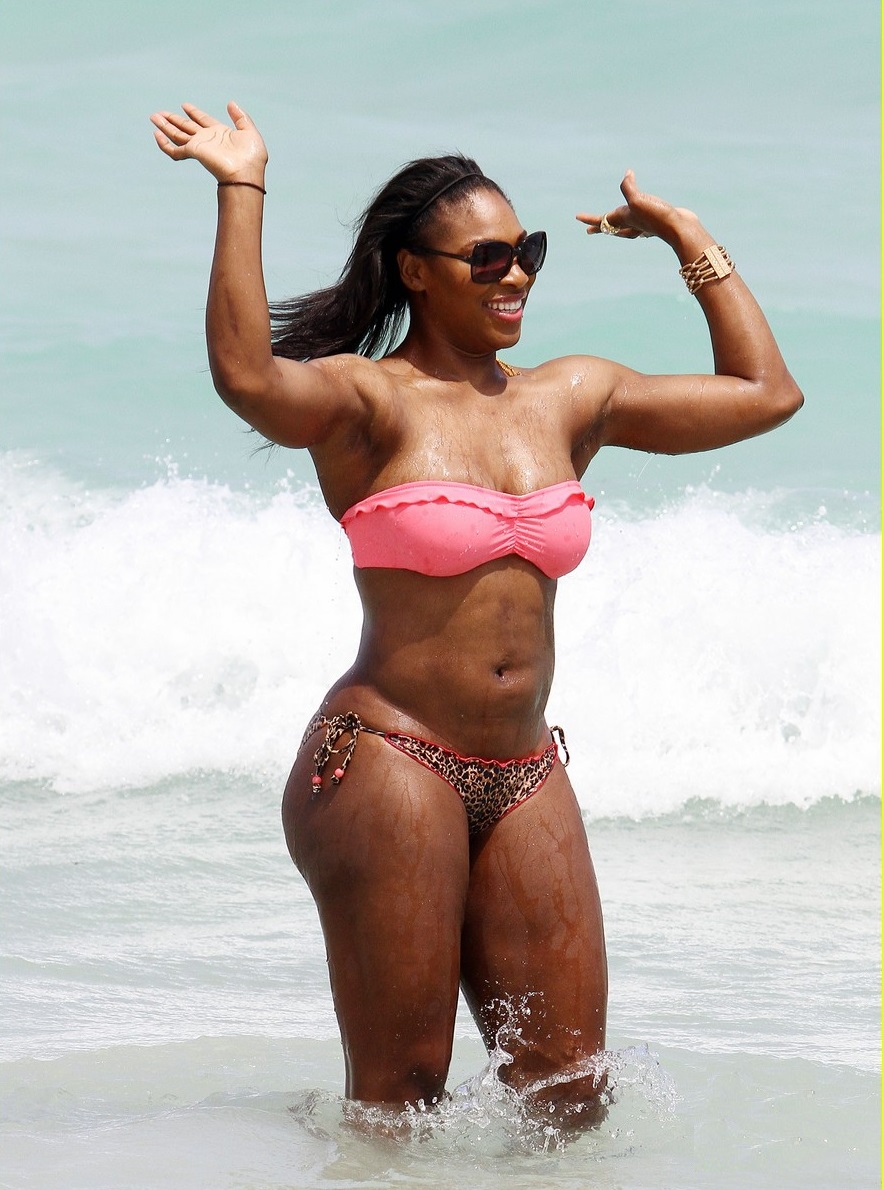 As the breeze blows her hair, her body blows us away.

Williams Walks the Beach with Friend 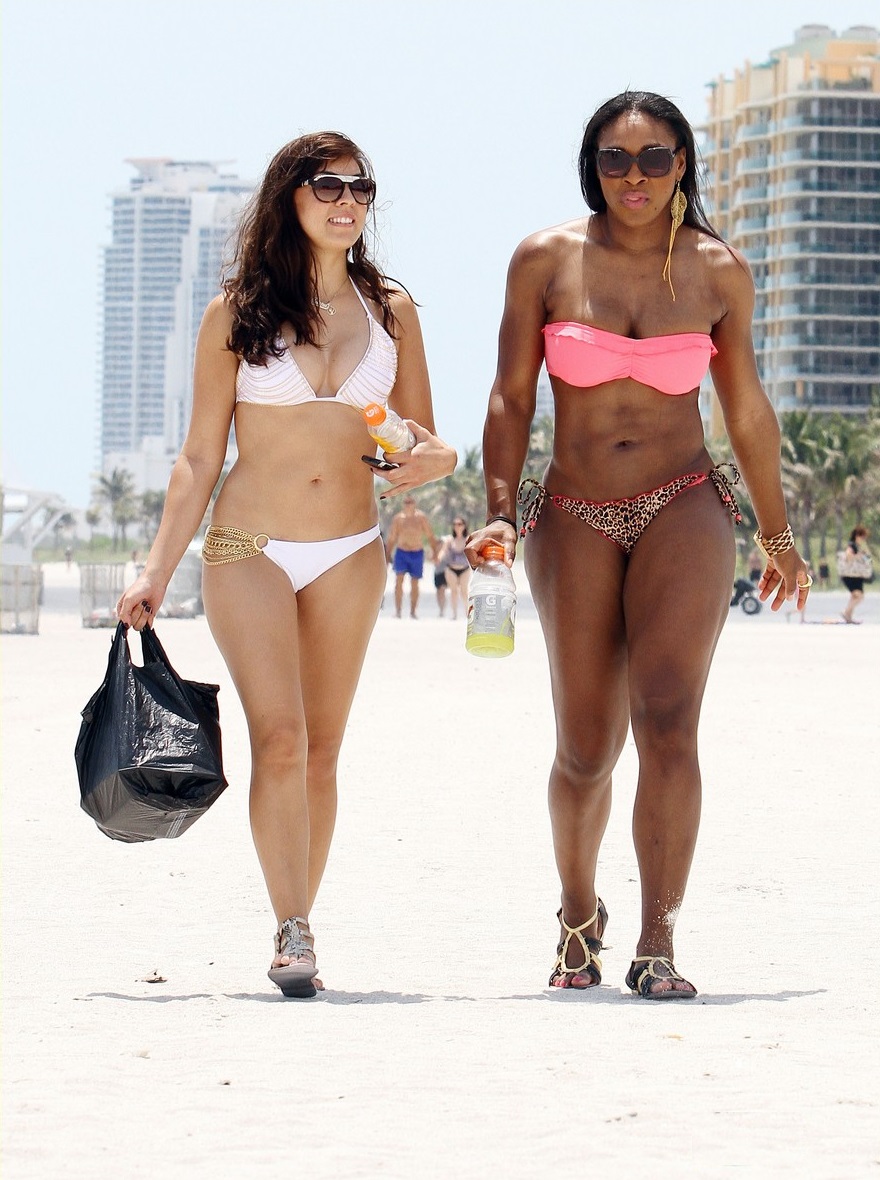 Both Williams and her friend rock nice bikinis but I think her friend’s white bikini bottom with the chain takes the cake over Williams’ cheetah bottom.