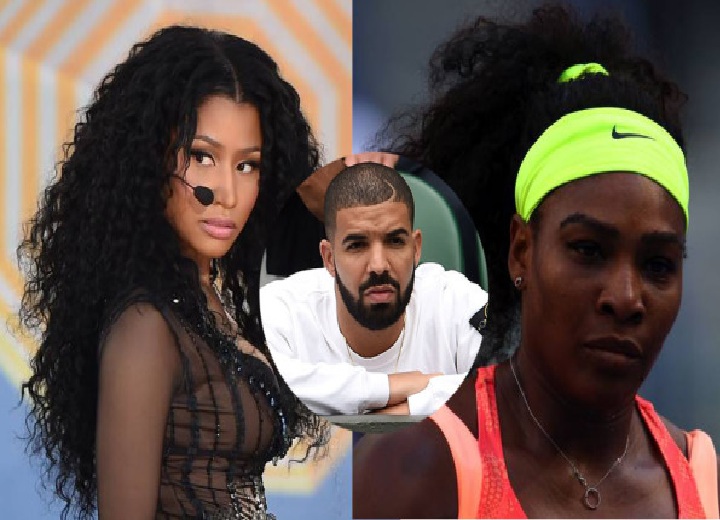 Nicki is back in the spotlight after throwing shade on Serena Williams’ relationship with rapper Drake. Nicki Minaj just popped the ballon that is Serena Williams‘ ego. “Serena should know that the only reason Drake was with her is because he can’t have Nicki,” Nicki said.

The “Anaconda” rapper knows that Drake and Serena Williams had a fling and she felt, Serena should have been wiser. Nicki Minaj got married to Kenneth Petty in 2019 after she broke he relationship with rapper Meek Mill, who once had beef with Canadian rapper Drake. 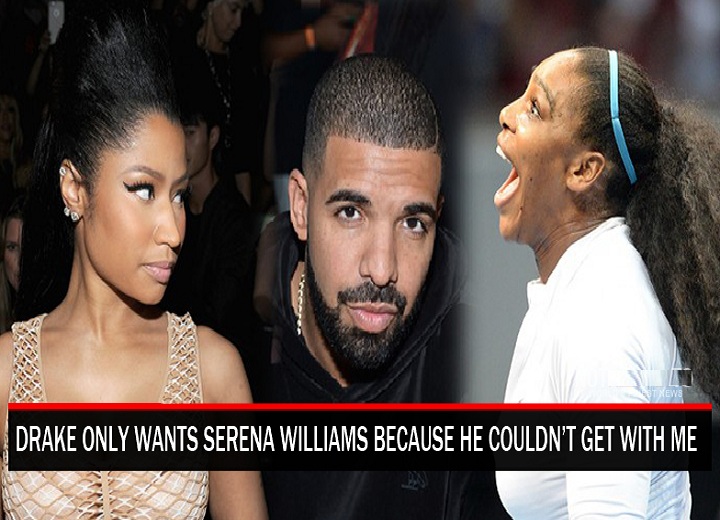 It started when Meek tweeted a few years ago saying: “Stop comparing Drake to me too… He don’t write his own raps!” Nicki claims Drake wanted to date her but she was already taken. “Even though Serena Williams and Drake seem like a happy couple at the time, the tennis pro Williams is second best because Drake couldn’t get with me”. says Nicki Minaj.

“Nicki’s not one to throw shade, but she sees Drake out there, flirting with Serena. Nicki thinks it’s cute. It’s about time a woman gave him a chance. But Serena should know that the only reason Drake was with her is because he can’t have Nicki. Nicki’s just calling it like it is. Drake likes strong, powerful and intelligent women, who are thick with a big bubble butt.

And since he can’t have the body goddess, Queen Nicki herself, he went going after the next best thing. Everybody knows Nicki’s body is the best in the business. 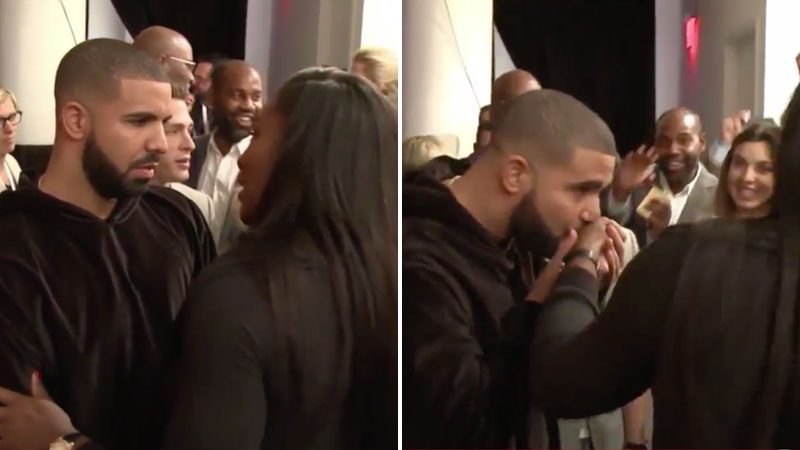 Her butt has it’s own zip code. And those curves and thighs on her have hypnotized men all over the world. No shade to Drake and his new girl though. Nicki just wants him to know she can’t be replaced,” a source tells HollywoodLife.com EXCLUSIVELY.

Of course Serena has some class and refuses to lash back (publicly) at Nicki and the the disrespectful comments she has made. But an insider told : “She’s from Compton, Calif. Her battles are won on the streets or on the court.” Actions speak louder than words for Serena! 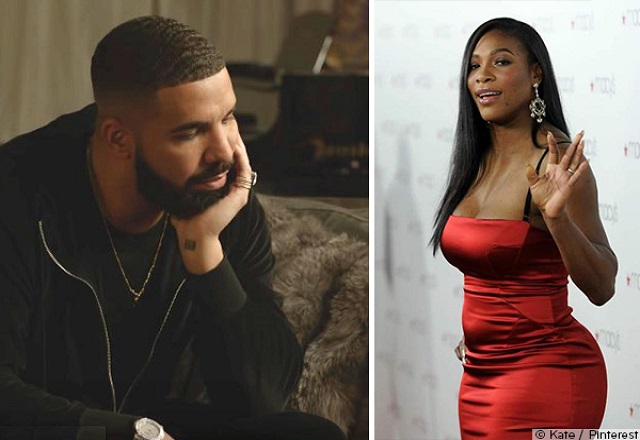 “He’s extremely nice and supportive and is a gentleman in every way. Big girls like Serena appreciate this type of man,” the insider said.

“Little girls like Nicki, well, they like timid men who can’t rap, who pick on innocent fans at their own concert and men who like to throw temper tantrums on Instagram. Grow up already, Nicki!”

Serena Williams Accidentally Flashes Her Pants and Got Everyone Talking

Venus Williams, 42, : “I’m Still A Virgin… Never Had Sex Or Slept With Any Man Before”