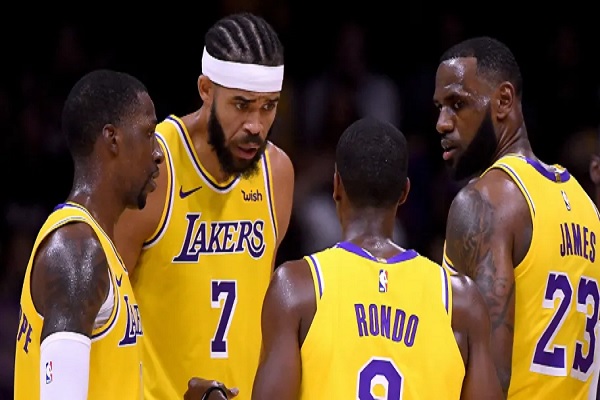 The Los Angeles Lakers lost DeMarcus Cousins to a serious knee injury last week, leaving the team with just one center, JaVale McGee, heading into the new season. Due to Cousins’ potentially season-ending injury, the Lakers are keen to bring in a new big and have engaged in conversations with Dwight Howard of the Memphis Grizzlies.

However, ESPN’s Ohm Youngmisuk is reporting that Los Angeles will look into other options, with Joakim Noah a likely alternative to Howard.

Noah was drafted 9th overall in the 2007 draft by the Chicago Bulls and spent almost a decade with the franchise. During his time with the, the New York native developed into one of the NBA’s best center’s, earning two All-Star appearances.

Noah was also named to the All-NBA First Team in 2014, while also picking up the Defensive Player of the Year award. Noah eventually left Bulls in 2016 but struggled with injuries during an underwhelming two-year spell with the Knicks.

However, the 18-19 season served as somewhat of a career resurgence for Noah as he performed well during his limited time on the court for the Memphis Grizzlies.

The Lakers are determined to add a veteran big before the start of the season, and it is likely to be either Howard or Noah. While Howard will offer more to the Lakers offensively, Noah remains an elite defender and would not bring with him the same problems that have plagued Howard in recent years.

Ultimately, Noah is the safe option, and the former All-Star should be able to provide some help from the bench.

The Lakers start their season with a road contest against the LA Clippers on October 22. Frank Vogel’s team will then play their home-opener on October 25 versus the Utah Jazz.