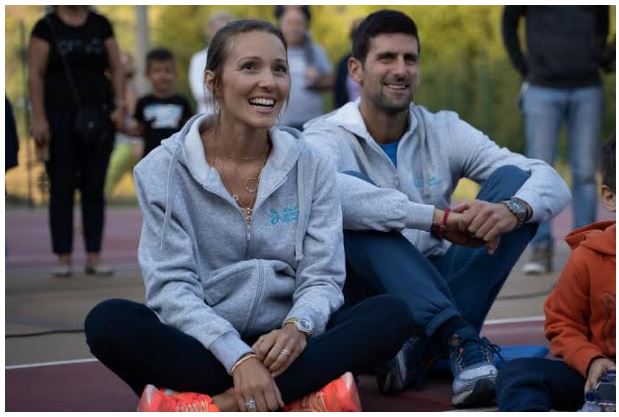 After winning 2016 Roland Garros, the Serbian and wife Jelena went through a deep soul-searching period. “It’s inevitable that she has to endure the same journey as I do, at the same time, otherwise we can’t stay together,” Djokovic told Graham Bensinger.

At the 2016 French Open, Novak Djokovic became only the second man in the Open Era to hold all four major trophies simultaneously. His four-set win over longtime foe Andy Murray was a moment the Serbian had long craved in Paris, after contending for the title for nearly a decade and never going home with the trophy. At last, in front of a crowd that spread plenty of love on a Sunday afternoon, the then-29-year-old hoisted the Coupe des Mousquetaires, and soon celebrated with his team backstage.

One would presume that on this day, Djokovic personified standing on top of the world. He was halfway to achieving a calendar Grand Slam for the first time in his career. He was far and away the most dominant player in the sport, as chief rivals Roger Federer and Rafael Nadal had taken a back seat to their colleague. On the outside, Djokovic walked and talked like a winner full of self-assurance and satisfaction. 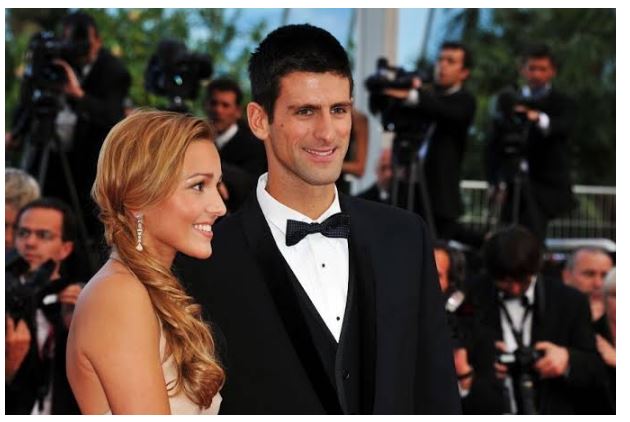 Yet, that was not the case. An innocent, sensitive piece of his soul that had been disregarded for years refused to be suppressed any longer, and the world No. 1 could no longer put up a formidable façade.

“I achieved something I wanted to achieve for some many years, but I was not fulfilled fully,” Djokovic told In Depth with Graham Bensinger during a sit-down interview in Serbia. “Something was lacking.

“It was some dark place with a little child hidden in the corner, crying and asking for attention but not in a way through achievements, but in a way through emotions, other ways of communication. Because of my devotion to tennis and the way it got me to achieve those things up to that point, I left that inner child aside and he didn’t grow with me. In other words, I did not dedicate enough time and proper way of treating myself on an emotional level, so I didn’t grow up emotionally as much as I did tennis-wise.” 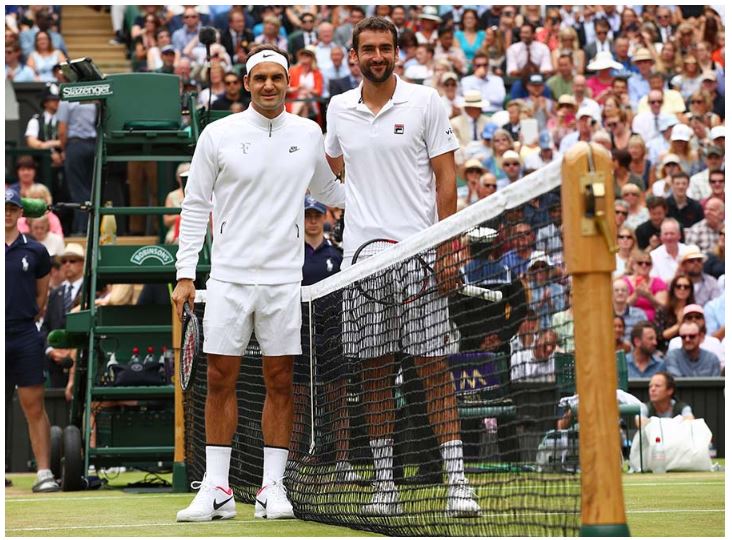 What followed was a soul-searching period for Novak, and wife Jelena. For the world-class athlete, there was a realization that many of his relationships were “superficial,” and he needed to understand how to navigate every emotion he was feeling. For the young mother, she struggled with how to temper expectations for the child of a sporting hero, ultimately leading to her departing Wimbledon mid-tournament to take a spontaneous, spiritual trip alone to Ecuador.

“That was a beautiful thing for me and very important,” reflected Jelena. “I felt like, ‘Whoa, how do I raise a kid that is going to exceed his father that is constantly improving and constantly growing in his results? He’s a historical figure already, at the age of 30 and I have this kid and I have to do something special.’ That’s how I started thinking. And that made me really anxious as a mom. I feel like it destroyed me and the vision of who I am.”

As Novak went on his path of self-discovery, the trophy cabinet stopped filling up at its usual rate. An injury he put off addressing surgically for years reached its breaking point. His world, only 18 months after that crowning moment at Roland Garros, had been completely turned on its head. And for Djokovic, the crossroads extended far beyond the court.

“It’s inevitable that she has to endure the same journey as I do, at the same time, otherwise we can’t stay together,” Djokovic explained to Bensinger. “I learned that when you expect the least, it’s when life will give you something to work at internally.”

Jelena would join him on this quest, one that was put to the ultimate test when Djokovic rushed his return from the right-elbow procedure he desperately wanted to avoid having. After a disappointing loss at 2018 Miami, her once unbreakable partner declared he was “done,” and to inform sponsors that he wasn’t sure if he was done playing for a period of time, or forever. 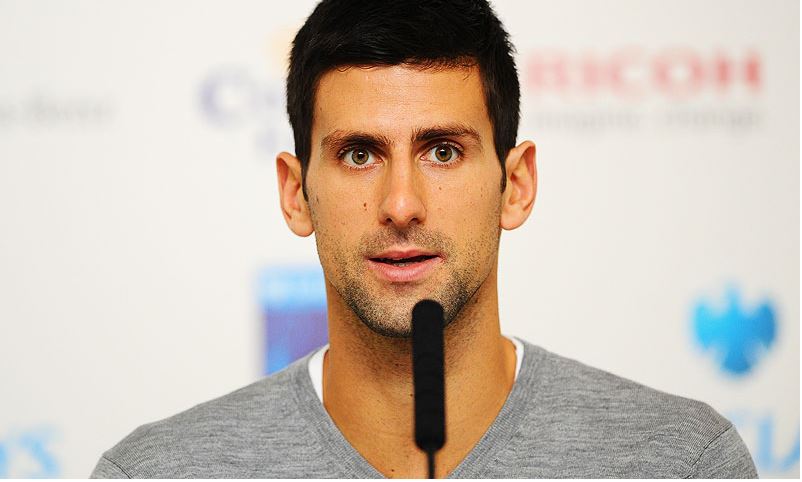 On a vacation that directly followed, Jelena—knowing her husband all too well—took three-year-old Stefan and infant daughter Tara to a nearby tennis court, alone, each day. A few days passed before a casual Djokovic, wearing a pair of shorts and no shoes, showed up. As his wife and eldest child played against a ball machine and restocked it for more rounds of easygoing entertainment, he too, wanted to join in the fun by asking for a racquet.

“I’m like, ‘No. You’re not playing anymore. You quit tennis, so just leave us the court. Now it’s our time’,” Jelena said.

Family court time became a daily activity for the rest of the trip. After hitting his version of rock bottom, Djokovic’s two worlds began coming together with synergy. His important relationship demonstrated strength in its roots, and he processed the different sensations running through his body. On the final day, the reinvigorated warrior arrived fully dressed to play and shared news that he would call Marian Vajda with a proposal to coach him again.

“What do you mean?” a perceptive Jelena inquired.

A new chapter with a clean slate began. Seeded No. 20, his lowest major seeding since the 2006 US Open, Djokovic would lose in the quarterfinals of the French Open to Marco Cecchinato. By Wimbledon, he reverted to the Novak that resonated throughout every venue he stepped in before. 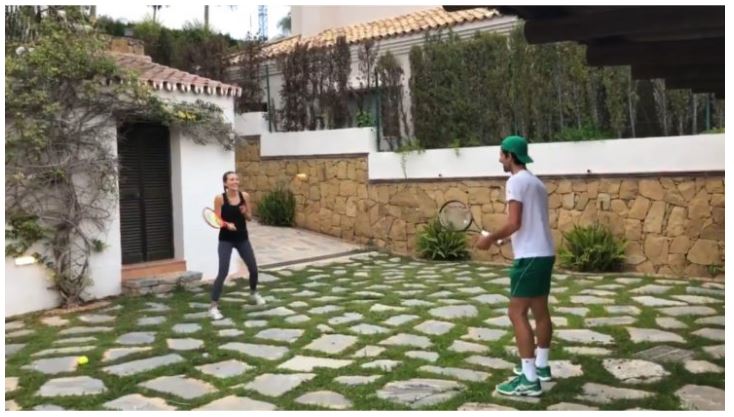 Djokovic won a gripping semifinal marathon over Nadal, 10-8 in the fifth, and saved his best for last by overpowering an equally drained Kevin Anderson in the championship clash. Four more Grand Slam titles—highlighted by another jaw-dropping Centre Court final performance a year later—would be hauled away at the next six majors, and he would also become the first in ATP history to complete a career Golden Masters in Cincinnati.

“He’s not such a good loser, but he is. He’s like this Phoenix that finds this motivation,” said Jelena. “He needs to drop completely down, lose everything, so he can start building another tower. And it’s an amazing tower.”

Djokovic will have to wait indefinitely to continue his march toward making further history, while tour tennis is put on hold during the COVID-19 pandemic. His remarkable balance has been evident through his stretching and defensive flair on the court for as long as we can remember.

And if the past few years are any indication, the soon-to-be 33-year-old will be prepared for whatever comes his way—good, bad or ugly, with the balance he has worked even harder to achieve on the inside. He stands three majors behind Federer’s benchmark of 20 and needs just 28 weeks at No. 1 to tie the Swiss for the all-time record of 310. 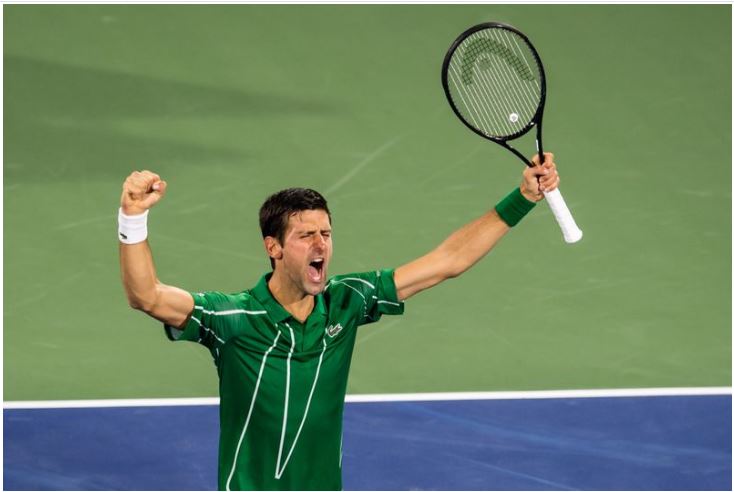 “I believe I can win most Slams and break the record for longest number one. Those are definitely my clear goals,” he said. “But at the same time they’re not the only thing that motivates me on a daily basis. It’s not sustainable. It doesn’t fuel me every day. What fuels me every day is something that is more related to my growth personally.”

REVEALED: Serena Williams explains how she defeated her detractors

Maria Sharapova: I’ve Got An MBA On The Job–All You Need To Know–