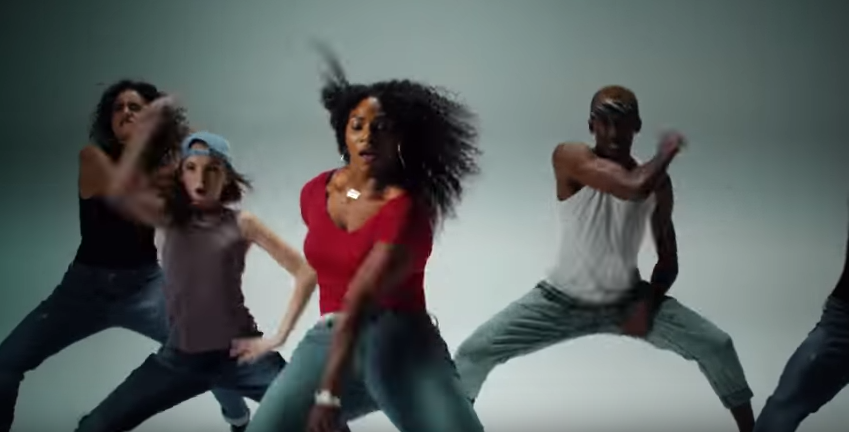 Just a few years ago, Will “Willdabeast” Adams was just another dancer with big dreams. Now, he’s directing and performing alongside one of the greatest living athletes in the world.

You’ve likely seen one of his viral videos or caught a glimpse of him dancing behind a few of your favorite recording artists at the Grammys or American Music Awards.

A native of Indianapolis, Indiana, Adams took a leap a faith in 2009, and moved to Los Angeles in attempt to carve out a niche in the ever-competitive hip-hop dance industry.

And as of this past Thursday, you saw him rocking out with none other than 22-time Grand Slam Winner Serena Williams in a Delta Airlines “Open Dance” one-minute long music video.

“When [Delta] called it was nuts. They mentioned Serena and the US Open. And we were like ‘what the hell, this is crazy,'” Adams said.

He started out as a touring dancer, and can now confidently say he’s one of the nation’s most respected choreographers. To date, Adams, 27, has 1.7 million subscribers on his YouTube channel and has garnered more than 400 million views for instructional and performance videos combined. 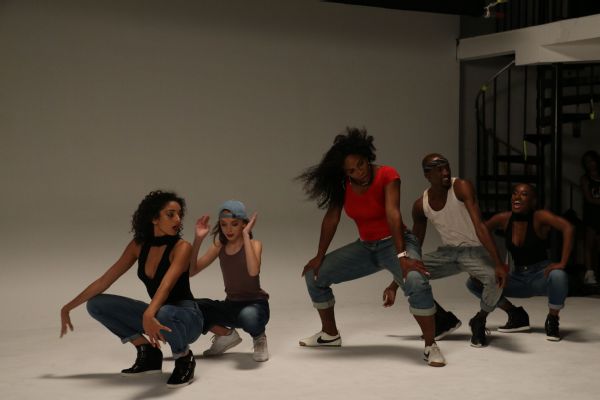 Along with partner and longtime girlfriend Janelle Ginestra, who has toured or worked with the likes of P!nk, Nicki Minaj and Jennifer Lopez, the duo has steadily built an international dance empire, which includes: a dance company (ImmaBEAST), apparel line, annual convention and soon, a digital media network called “The Beast Network” — which will launch on Netflix and Roku, with streaming services commencing on Oct. 1.

However, directing Serena? He’s still wondering if he’ll be awakened from this dream.

“It was very different because you’re teaching somebody that’s amazing at something, and we were kind of just like ‘uh, you’re a freak of nature in sports. And we’re telling YOU… what to do.'”

The commercial was filmed after a single one-on-one session with Williams, then she practiced on her own, in between training, leading up to the shoot.

“She had one rehearsal with us, then showed up and had to kill it,” said Adams, who was impressed with Williams’ ability to nail the choreography by film date. For those who think being a tennis icon automatically translates to a clean performance on the dance floor, Adams said think again.

“I would tell them, ‘Imagine trying to go play tennis at the US Open against Serena hitting tennis balls at you at 120 miles per hour,'” Adams said chuckling.

He also noted that he plans on doing more with Williams in the future through social media, and added that fellow tennis star and her sister — Venus Williams also had interest in future collaborations.

Adams’ career didn’t always include directing major sports figures and appearing on stage at high-profile awards shows. When he first moved to LA, he found himself standing in line at 6 a.m. every morning in hopes of being selected as an extra for daytime television shows like “Judge Judy” and “Dr. Phil.” 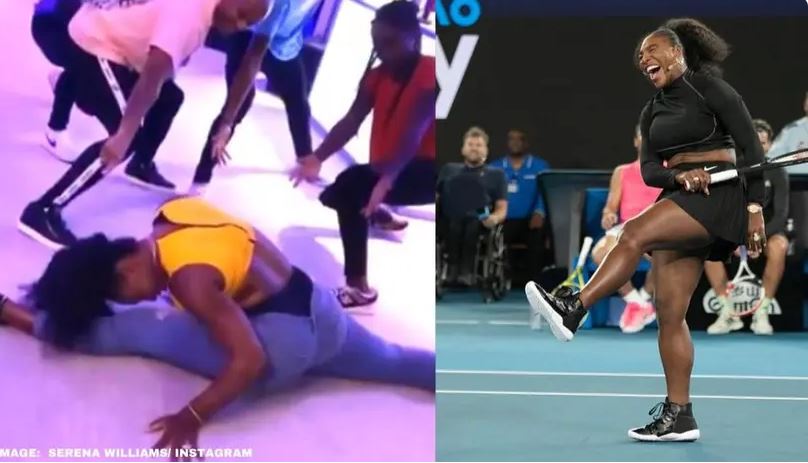 Adams earned $50 per day for his work as an extra, and would stand in line for consecutive days until he earned enough to pay his rent. With enough money saved during a single month, he would then attend a dance class in the city.

Adams’ first big professional break came in 2010 when he won a contest to become a dancer on recording artist T-Pain’s world tour.

“It was cool to see what it was like to be in that life every day,” said Adams, who toured with the R&B artist from 2010 to 2013. “That [experience] changed me. I went from wanting to be a dancer, to knowing that I wanted to become a choreographer. I looked at myself and I said, ‘I can do this. I could be one of the people who puts the dance together and be one of the people that comes up with the vision behind the set.'”

While Adams enjoyed performing as a dancer for notable acts like Demi Lovato and Madonna, and on TV shows like “The Voice,” his focus is still on choreography.

He also noted that the key to success in the competitive world of dance is finding balance between connecting with a mainstream audience — which, performing on big stages like the Grammys allows him to do — while also projecting a personal vision.

“It’s ridiculously hard,” Adams said of staying relevant in such a fast-paced industry. “You have to stay connected to what’s ‘next’ but you also have to be true to yourself and that’s the hardest balance. Doing what you love to do, but also remaining in the game.

“I think we deserve to be on red carpets and on award shows — just as dancers and choreographers,” Adams said. “I think it’s great we are getting this attention via social media. And now we have the power to change things. We have the power in our own hands.” 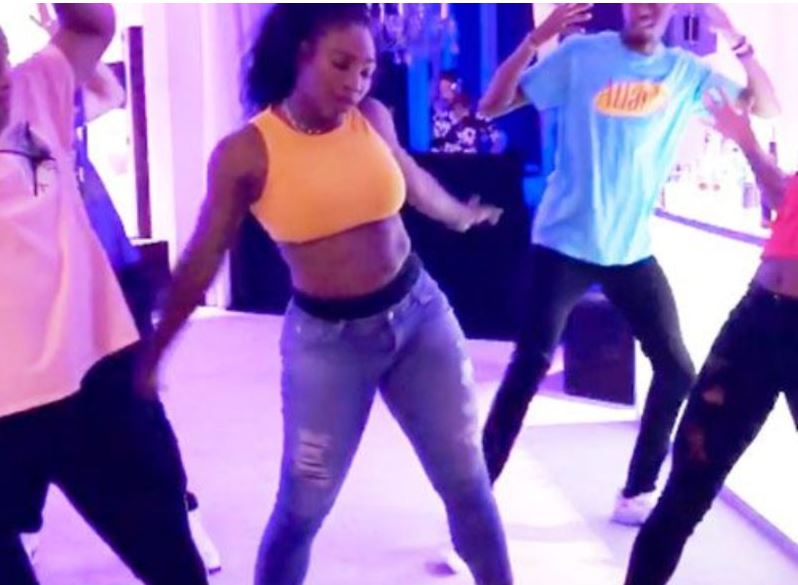 American tennis ace Serena Williams was engaged in unusual recreational activities during the off-season of the 2019 year. The multi-talented tennis typhoon Williams was taking boxing lessons from Mike Tyson in December. She was hitting the punching bag in a similar fashion she slams the tennis ball on the court.

“I don’t want to get in the ring with this GOAT [greatest of all time] Serena Williams, much love and respect. Hitting the bag with Serena Williams. She has some power,” Tyson posted on Instagram. 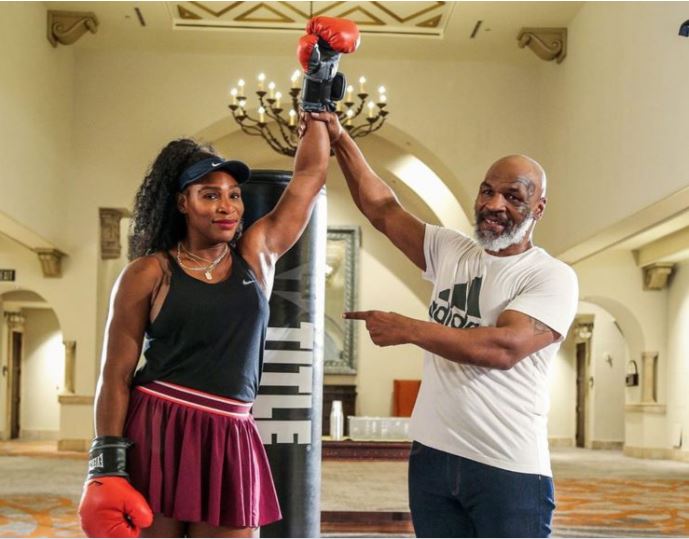 A video of Serena and her mates got viral on Instagram. The troupe was spotted dancing, and the flexible Williams concluded the show with a split. Also, the tennis phenom Coco Gauff was also part of the dance.

The dance on Blackbear’s ‘Hot Girl Bummer’ was one of their training regimes at the Patrick Mouratoglou’s academy.

“I don’t generally box. Sometimes I do. It depends on when. Some seasons I do, some seasons I don’t. It’s not great for my nails (smiling), literally,” Serena reflected.

“I always dance. I’m not the best dancer, but I love to dance. It’s nice and fun to do. It’s different and better than just going to the gym every day. At some point, you do have to go to the gym. I just try to do different things,” she added.

When @patrickmouratoglou asked me to join he, Serena and other amazing tennis players for their preseason training, I just said YES! Never imagining that choreographing a fun dance routine would be featured during my favorite tennis grand slam! 🎾 Thank you, Patrick, for casually mentioning the idea at the lunch table that day. 😅 If you love tennis, @mouratoglou_tennis_academy is the best place to visit to up your game! @australianopen

The same dance was mentioned during the Australian Open 2020. Jim Courier screened it on the Rod Laver Arena after Serena’s second-round victory.

“We wanted to bring fun to it! So we had a dance, we had tennis, we had boxing. We had all kinds of stuff and it was really a blast,” Williams said on the court.

On the WTA Tour, World Number nine Serena Williams doesn’t have any tournaments scheduled on the calendar in the month of February. She is expected to be present at the American Double Sunshine in California and Florida.

WATCH: When Roger Federer Hit The Greatest Winner of All Time

Why Serena Williams and Venus Williams are endorsed as ‘heroes’