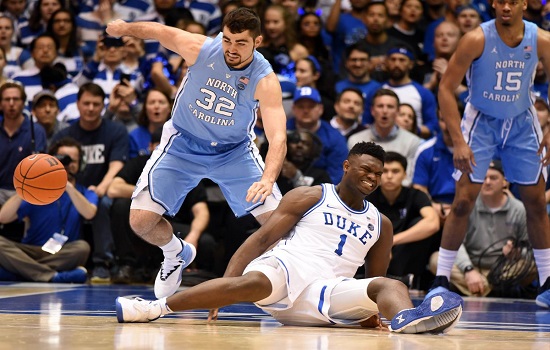 Zion Williamson sustained a knee-to-knee hit with an opponent during Friday night’s game against the Knicks and did not return after the first half.

“Zion will move forward from this incident without issue,” executive vice president David Griffin said in a statement. “However, in an abundance of caution, we have made the determination that he will not appear in game action for the remainder of the NBA Summer League. He will continue to take part in training and conditioning with our performance team.”

Although people only got a glimpse of Williamson in his debut, he showed some promise while he was on the court.

Zion Williamson, who left last night’s game against the Knicks with a bruised left knee, will not participate in the remainder of the NBA Summer League, David Griffin announced today.

The 19-year-old forward recorded 11 points on 4-of-9 shooting while logging nine minutes and threw down some powerful dunks along the way.

Williamson showcased his ability to make the same highlight-reel worthy plays he made at Duke against pros and other top prospects during his limited playing time. But nobody else in the contest made it to the final buzzer either.

The matchup between New York and New Orleans was postponed with just under eight minutes remaining in the fourth quarter after a nearby earthquake caused a disturbance.

The Pelicans were leading 80-74 at the time and were ultimately declared the winners.