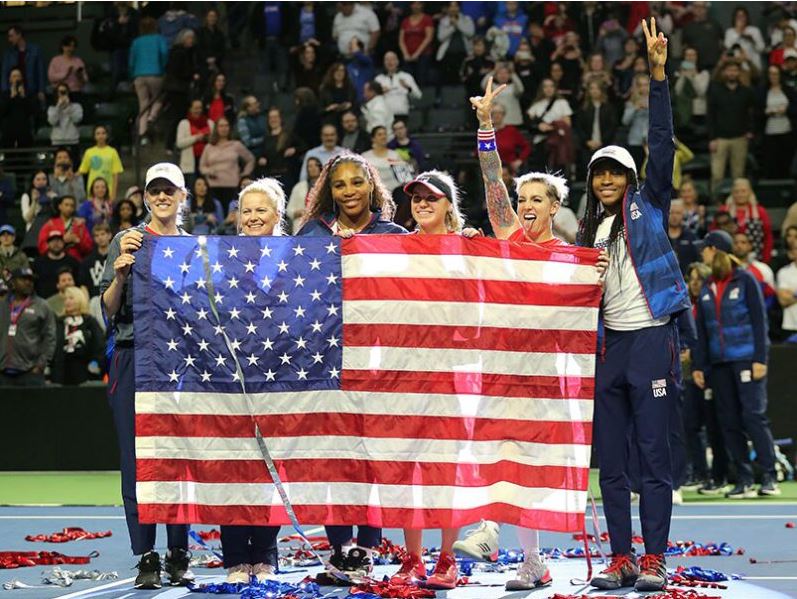 The qualifying round of the Fed Cup between the USA and Latvia went down to the wire. Ultimately, it was the Americans who won the deciding doubles rubber to win the round. In the post-match press conference, Sofia Kenin talked about cheering Williams on. 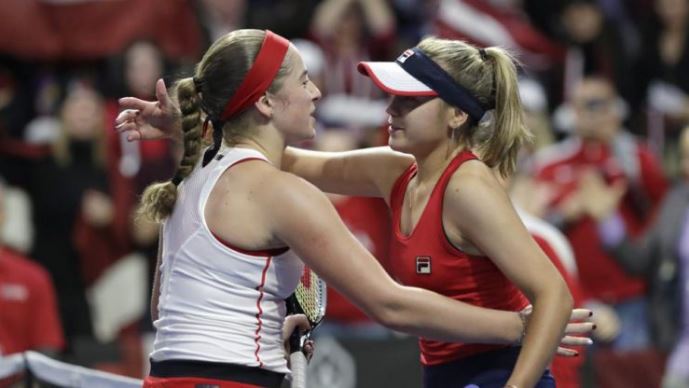 Team USA looked very comfortable with a 2-0 lead against Latvia on the first day. All they needed was another victory and the round was wrapped up. But Latvia showed tremendous fight to keep themselves in the tie.

After taking a 2-0 lead, the Americans lost the following two matches to enable Lativa to go level at 2-2.

Kenin and Serena Williams both won their opening singles matches against Anastasija Sevastova and Jelena Ostapenko respectively, to give the USA a 2-0 lead. In the following two singles rubbers, it was the other way round. Ostapenko and Sevastova beat Kenin and Williams to level the contest at 2-2.

Now it all came down to Serena’s singles match against Sevastova. The 23-time Major winner was the heavy favourite, as she almost always is. But Sevastova was up to the enormous challenge of inflicting a maiden loss on Williams in 15 Fed Cup matches.

The Latvian took the first set in a tie-break (7-5) after a very tight contest and Williams hit back by winning the second set 6-3. It all came down to the third and final set. Sofia Kenin, on the bench, knew she would have to sub in and play the deciding doubles match if Serena lost the final set.

Understandably, she was a bit nervous watching Serena.

“I was cheering Serena on very loud. I was going all out. I have never been nervous watching anyone, so I was really nervous for you.”

Williams did lose the final set in another tie-break (7-4) to take the Play-0ffs to the final rubber. Kenin was more than happy to go out on the court and fight for her country.

Matthek-Sands and Kenin take USA through
“Well, I was obviously looking forward for the doubles. I knew this was a great opportunity to represent my country, especially with Bethanie. We have great times together, so I knew it was going to be a tough match. But I was ready to fight out there and leave everything out.” 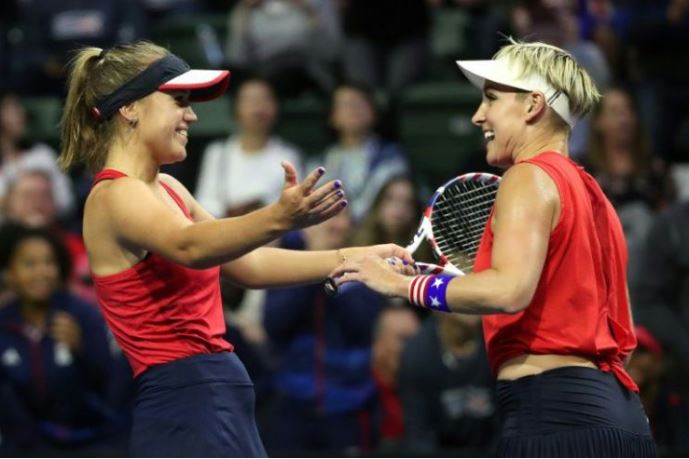 So it all came down to the last rubber. A doubles match between the two countries. Kenin paired up with Bethanie Mattek-Sands, to play the Latvian pair of Ostapenko and Sevastova. The Americans won 6-4, 6-0 to win the qualifying round.

“Yeah, I was just super happy, super excited. This is why we play. And moments like these and these moments you’re going to remember forever.”

With this victory over Latvia, USA has booked their place in the Fed Cup finals, which will take place in Hungary in April. 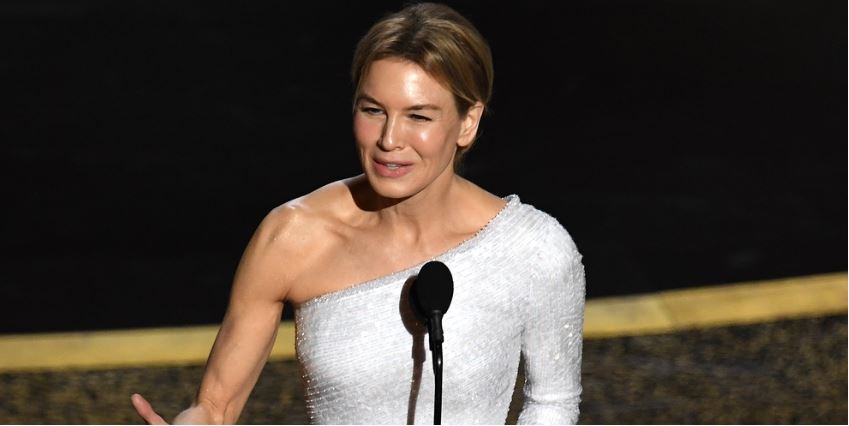 It was a star-studded night out in Los Angeles as the best in film came together to celebrate standout performances on and off the camera. Although the hair, makeup and fashion caught our eyes it was what was said that captivated people’s hearts around the world.

Renee Zellweger won Best Actress in a Leading Role for her performance as Judy Garland in the film Judy. She spoke about heroes and what it meant for her to play Garland, and among the names she called out in her acceptance speech was tennis’ very own Serena and Venus Williams.

A performance that deserves to be celebrated. Congratulations to Renée Zellweger for winning the Academy Award for Actress in a Leading Role in #JudyTheFilm. #Oscars

“When we look to our heroes, we agree, and that matters. Neil Armstrong, Sally Ride, Dolores Huerta, Venus and Serena and Selena, Bob Dylan, Scorsese, Fred Rogers, Harriet Tubman,” Zellweger said. “We agree on our teachers, and we agree on our courageous men and women in uniform who serve. We agree on our first responders and firefighters. When we celebrate our heroes, we’re reminded of who we are as one people united.”

Holding 30 Grand Slam singles titles between the two, and 14 together, Serena and Venus have had an immense impact on the sport. Along their journeys, they have been role models for women.

We love daily dance parties in our house and we’ve got a new song on repeat – the Pampers Wild Child Wiggle! Now I want to see YOU wiggle! Post a video of your baby dancing in their #Cruisers360 diaper using #WildChildWiggle and #Sweepstakes for a chance to be entered to win a free year supply of diapers and be featured on @PampersUS. #PampersPartner @ShaunT I know you’ve got some moves – let’s see those babies wiggle! Video credit: @tiffanydarlyn, @asekyb, and @lauraiz For official rules visit: http://bit.ly/2sTUqHV

The sisters have been a symbol of hope and have instilled belief in many hoping to walk in their footsteps.

“The best among us, who inspire us to find the best in ourselves, when they unite us, when we look to our heroes, we agree, you know?” Zellweger said. “And that matters.”

Best times with my bestie @carowozniacki

Tennis was both seen and heard on Sunday night, as Maria Sharapova walked the red carpet once again for the Vanity Fair party.

Her boyfriend Alexander Gilkes had an even more visible role.

A pleasure to hold your well deserved Oscar tonight @eltonjohn and @davidfurnish and raise new records for @ejaf. We raised $6.4 million to help fight AIDS #rocketman

The Best Actress winner took a six-year break from acting due to fatigue and was last recognized 16 years ago for her role in Cold Mountain.

Novak Djokovic Foundation – The Philanthropic Side Of The Serbian Star

Rafael Nadal Reveals the Most Important Moments of His Career