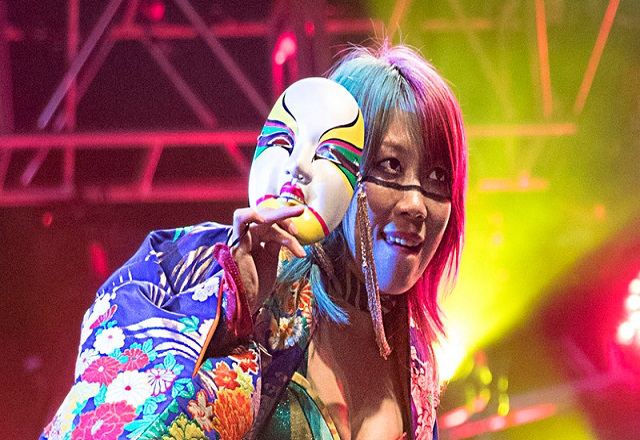 Two of the most decorated and exciting superstars in the WWE’s women’s division both hail from Japan: Asuka and Io Shirai.

Fans have noticed during meet and greets and in their interactions on WWE programming that the two seem very familiar with one another, which has led a lot of people to ask whether or not they are related.
In short, no. 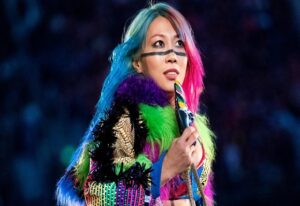 They’re not sisters or cousins or have any type of familial lineage bonding them together. However, the two are linked together not just through their work in the WWE or the Japanese independent pro-wrestling circuit.
Asuka was actually a part of a female wrasslin’ trio in Japan with Io and her sister Mio Shirai. In those days, Asuka was known as Kana, and she joined forces with the Shirai sisters on the independent circuit forming the Triple Tails. 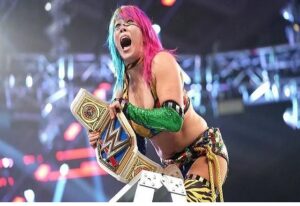 While Asuka was able to make her transition to the WWE before Io, pro-wrestling fans have been eagerly awaiting Io’s arrival in Vince McMahon’s organization for her trademark, high-flying style of pro-wrestling.

Some are even calling her the most talented female wrestler in the world, and her gravity-defying stunts earned her a NXT championship.

During the epic match between Io and Sasha during “The Great American Bash” on NXT, Bayley was working the exterior of the ring, distracting the referee from what was going on between the two pugilists.

The back-and-forth action was an amazing spectacle of sports entertainment, but in typically dramatic pro-wrestling fashion, there was a surprise waiting for one of them. 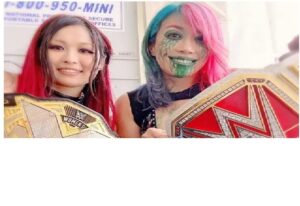 You know that whenever the ref is being distracted, someone in the ring is going to get screwed, and in this instance, it was Sasha Banks. Well, technically she was getting her just desserts, as she reached for one of the women’s tag team titles to smash Io in the face with, but saw that there was someone on the other end grabbing it. And that someone was Asuka, who had a mouth full of green “mist.”

She sprayed the face of Sasha, who then proceeded to get beat down by Io. Asuka made her departure as quickly as she entered and Io had one of the greatest wrestling matches of 2020 thus far.

Could this potentially set up a migration from NXT to RAW for Io? She has stated previously that she hopes to reunite with Asuka as a tag team, instead this time they’d be called the “Twin Tails” as Mio isn’t signed to the WWE.

Io’s older sister, Mio was a top prospect as well, but unfortunately retired from the sport in 2015 after signing a 4-promotion contract with Ice Ribbon, Pro Wrestling Wave, Oz Academy, and Union Pro Wrestling. 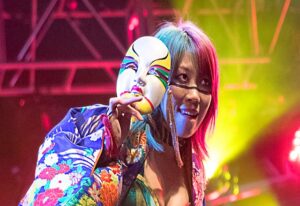 Neck injuries forced her out of wrestling in the squared circle at only 27 years old, however, she still works as a referee for Ribbon but is also in charge of helping develop new talent along with implementing training protocols for up and coming stars.

I do have some serious health issues” – Serena williams reveals