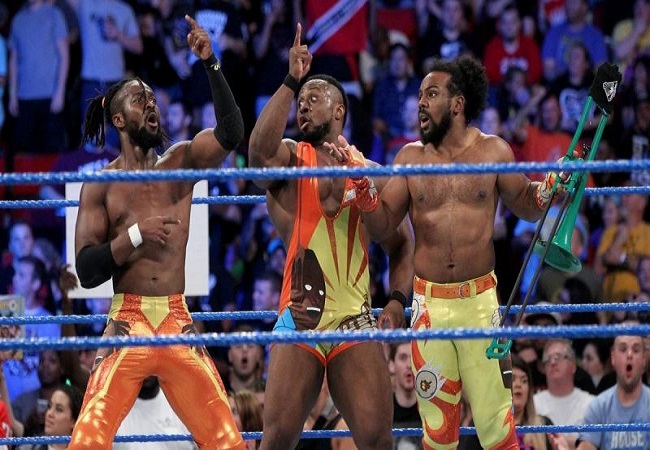 WWE could be setting the stage for a massive heel turn and the end of one of the most popular stables in company history.

According to Joe Peisich of Barnburner Radio Network, rumors are swirling that Big E may turn heel in route to splitting up The New Day:

A potential split of The New Day has been a hot topic of debate over the past few years. On one hand, there are those who argue that ending The New Day will be detrimental to all three of its members—Big E, Kofi Kingston and Xavier Woods—because WWE may be unwilling to push them as singles wrestlers on their own, a myth that’s been quashed by Kingston’s WWE title reign. On the other hand, there is the argument ending the trio once and for all by having one of the three stars betray the group, much like Seth Rollins did to The Shield in 2014, could catapult one or more of those stars to super-stardom.

Seemingly the most plausible scenario would see Big E, long viewed as someone with main event caliber potential because of his tremendous blend of size, athleticism and charisma, turn on Kingston and Woods. Whether or not WWE would risk ruining a sure thing like The New Day for something that may not work, like a Big E heel turn and a singles push, is a different story, though.

In fact, the members of the groups themselves have argued that they shouldn’t break up. Not anytime soon, if ever. Here’s what Xavier Woods told Post and Courier (h/t Comic Book) about the potential split of The New Day earlier this year: