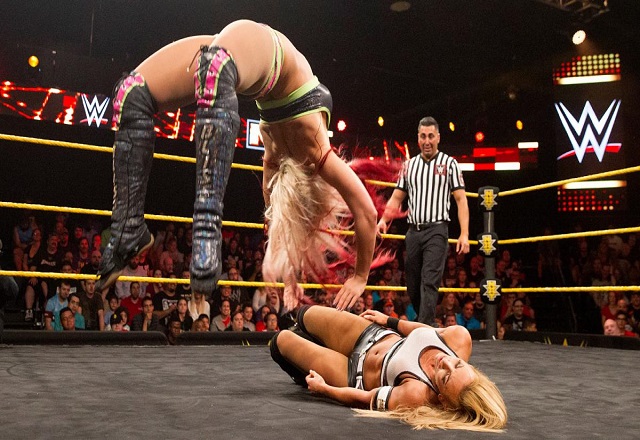 Just before the 2019 Elimination Chamber, Corey Graves’ wife Amy Polinsky accused her husband of having an affair with fellow WWE star Carmella.

It later emerged that the pair had been separated for some time and their divorce was nearly finalised.

The Raw and Smackdown commentator recently sat down to speak with Lillian Garcia on her Chasing Glory podcast about the process of getting his divorce. Graves said he and his wife stayed for a while purely for the sake of their children, but revealed that he now spends more quality time with his kids than ever before: “My wife and I had both agreed that because of having the kids it became the reason why we had stuck around longer than we should have. Just because of the kids, you don’t want to throw that upside-down. My kids, especially my oldest, had told me, ‘Dad, the amount of time we get to spend with you now is more quality time.’

They see me roughly the same amount with my WWE schedule, which luckily they have grown up being used to my road life, so it is not that unfamiliar to them. But now I feel like when I have my kids, it has to be the best possible quality time, whether we are going to a carnival, or to a movie, whereas when I was living at that house it was kind of like, ‘oh, hey, you can watch TV with me,’ but I wasn’t being as good of a dad as I should have been because I was dealing with my own stuff. But now I feel like my life is in a much different place, so I think it allows me to a much better father and dad than before.” Graves also outright denied the accusations made by Polinsky that he cheated on her with the former Smackdown Women’s Champion Carmella:

“The story that was making the rounds was not accurate. It was made out of anger and emotion and it wasn’t what it looked like. I had been out of the house and living on my own for quite some time before that whole situation. It was a sexy story that people went, ‘oh my God, let’s talk about what a piece of crap this guy is.’ It was angry and emotional, and [we] apologized on both ends.”

Graves was asked why we didn’t hear about his divorce sooner, and he replied by saying he felt it wasn’t anyone’s business: “It has moved forward. I really didn’t think that the divorce was any other’s business but my own, and those closest to me knew. My small group of friends and even a few beyond knew what I was going through for a long time even before the process started, but that is what I get [for] playing my cards close to the vest once the internet grabbed a hold of the story and ran with it. But it is what it is. It blew by. The storm is over. And everyone has moved on and it has been for the best.”

End Of Relationship: 3 WWE Couples Who Probably Won’t Make It To 2020