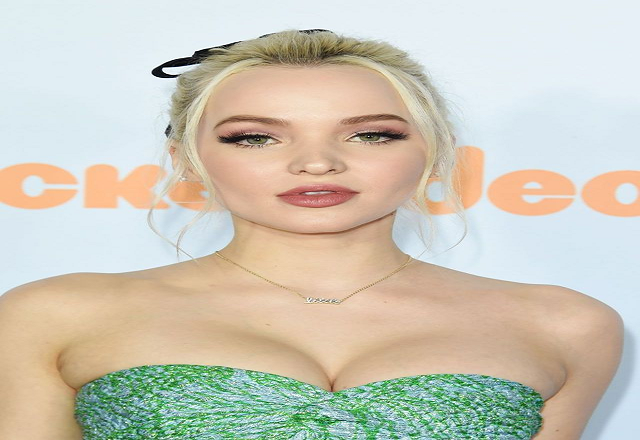 Whether you’ve been following the actress/singer over the last couple of years or you’ve only just heard of her, Dove Cameron is stepping out into the spotlight to shine after finally moving forward from her Disney origins.

For the last couple of years, fans of the actress have seen her break onto the scene through Disney, portraying the roles of Liv and Maddie in the titular show, Liv and Maddie, a popular sitcom that ran from 2013-2017 – a role which won her a Daytime Emmy.

You might also have heard of Descendants, all three of those movies, in which she plays Mal, the daughter of Maleficent.

Both of these shot her up to stardom, and now since Descendants 3 has recently come to a close, it’s time for her to spread her wings and fly a bit more into mainstream success.

These are the top projects for the up-and-coming starlet to look out for.

One of Dove Cameron’s upcoming projects is a movie titled Issac, which focuses on a young mortician that inherited his stepfather’s mortuary, and he meets Cameron’s character, Cassie.

The classic story ensues – boy meets girl, boy has an attraction to girl, boy and girl do a… revenge murder together? Yeah, sounds a bit different, doesn’t it? It’s most certainly one of the more

mature/psychological roles that Cameron could ever take on, considering she’s literally on a killing spree in this, but it’s interesting to see the former Disney star take on such a different role.

Issac is directed by Josh Webber, a Canadian filmmaker who has produced and directed multiple movies like There Is Many Like Us and Secrets of Deception. The movie co-stars R.J. Mitte, known for his role as Walter Jr.

on the hit-show Breaking Bad, which is considered to be one of the best TV shows of the century. There’s no denying that Issac has the star-studded cast that could take it to new heights, but there’s no telling when it will finally release.

While it was originally supposed to come out in 2020, it was delayed to 2021, with no official release date set in mind.

Vengeance is one of those films loaded with talent, and Dove Cameron is among one of the many stars that are going to be in this film.

Vengeance, directed by B.J. Novak of The Office fame, is about a radio host who is from New York City, and he is attempting to solve the murder of his girlfriend. This, in turn, leads to him traveling down south, away from the city, to investigate the circumstances surrounding it and discover what truly happened to her.

It sounds interesting and certainly full of mystery, and with Cameron taking on roles such as Issac, something like Vengeance sounds like it would be right up her alley.

Not only is B.J. Novak directing and the main screenwriter, he will also have a role in the film, alongside Issa Rae, Boyd Holbrook, Analeigh Tipton, and more.

Considering B.J. Novak has always done so well with his comedic takes on The Office, creating some of the funniest TV gags of all time, it wouldn’t be a surprise if he transferred that talent over from TV to movies.

Dove Cameron does have a certain charm that can’t be beaten, so in a murder-mystery, she could most certainly bring that to the big screen
Schmigadoon – TBA (TV Series, Filming/Post-Production)

Just the name Schmigadoon is most certainly something special, isn’t it? We didn’t say that Dove Cameron would only be just up for movie roles.

This new Apple TV+ show combines the two things that Cameron has loved to do in the last ten years – act and sing, all in one genre.

Schmigadoon follows the tale of a couple who discover a small town called ‘Schmigadoon’ while on a backpacking trip, however, everyone acts as if they are in a

Related Topics:Dove Cameron
Up Next