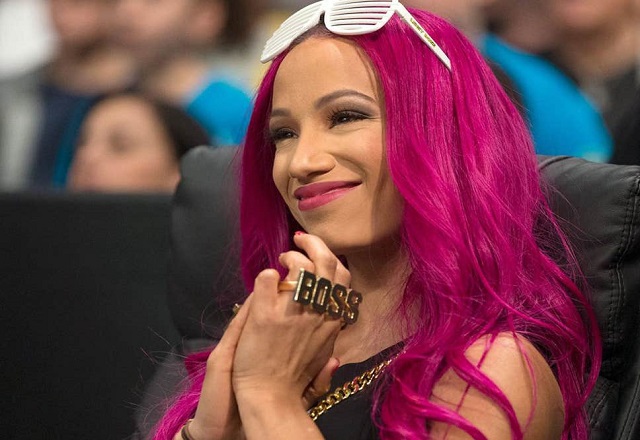 Carmella just put Sasha Banks on notice with a vicious ambush. On the latest episode of Friday Night SmackDown, ‘The Boss’ was in the middle of her segment, calling out Carmella. Right then, music went off and out came Bayley.

While Banks was trying to figure out what was going on and cursing her former best friend, Carmella attacked her from behind. This was followed by Carmella dropping Banks on the floor, face-first. While she was recovering, Carmella walked off with a sly smile on her face.

Why is Carmella attacking Sasha Banks?
Carmella has her eyes on the WWE SmackDown Women’s Championship title. She will not stop at anything until she has the belt over her shoulder. Considering this, the blue brand will witness a strong rivalry between Sasha Banks and Carmella.

However, it is Bayley’s presence which is confusing the WWE fans.

The storyline between Banks and Bayley was supposed to have ended after Hell in a Cell. Currently, it looks like Bayley is working with Carmella to bring down Sasha Banks.

It’s possible that she will use Carmella to take down Banks just the way she used Banks to rise to the top. However, this is just a speculation. The truth should soon be out in the open. 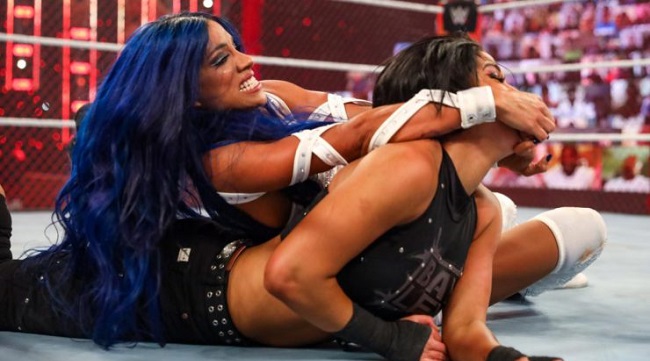 If Bayley and Carmella unite, then Sasha Banks will need to watch over her shoulder at all times. Both of them have a tendency to launch stealthy and sneaky attacks on their opponents.

This union could also be the beginning of another friendship which can possibly turn into a rivalry later.

For a change, WWE is smoothly converting the Sasha Banks and Bayley storyline into another angle.

Sasha Banks is going to lead the WWE Women’s SmackDown team at the upcoming Survivor Series 2020. She will face WWE Raw Women’s Champion, Asuka. This will be her chance to shine in all glory since it was Asuka she lost the Raw Women’s Championship to.

The other Superstars of SmackDown Women’s Survivor Series Team are Liv Morgan, Bianca Belair, and Ruby Riott. There are two more spots open on the team.

Do you think Sasha Banks will allow Bayley and Carmella to take up the remaining spots? Let us know in the comments below.

Seth Rollins to Take Break From Wrestling After Survivor Series