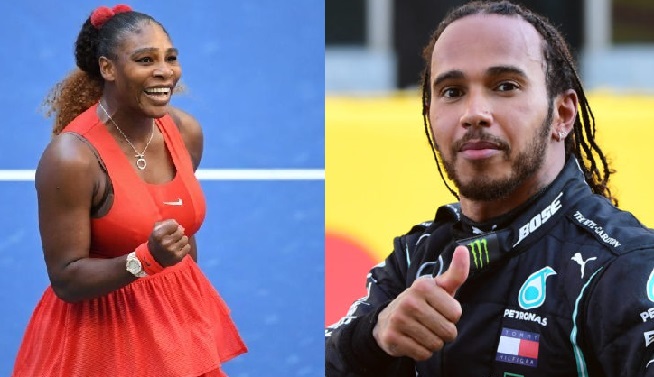 An Instagram post by British Formula One superstar Lewis Hamilton has drawn a flood of funny takes from his tennis friends, including Serena Williams.In the video, the super racer is seen playing tennis with his father, Anthony.

When father got his own back on Lewis Hamilton
Hamilton also posted a cheeky comment saying he used to beat his father with a slice, but his old man finally got his own back.

“So my dad and I aren’t great at tennis but we are trying to get better. I always use a slice to beat him and he always falls for it. He’s now learnt it and finally got me today,” the F1 champion said.

Reigning US Open women’s champion Naomi Osaka took a light-hearted dig at Hamilton, asking him to get better at the game.

“You gotta start training, you can’t let your dad kill you like that,” the Japanese tennis star said.

Formula One champ @LewisHamilton took a pit stop at The Project to talk about his need for speed and why he’s become a driving force in the battle to show racism the chequered flag. #TheProjectTV pic.twitter.com/DedjOy0Fh4

“When people ask me how will you celebrate? We’ve got life to celebrate and spending time with family is how I’m celebrating,” the F1 champion said.

The Mercedes racer has racked up a staggering 94 podium finishes over the course of his illustrious F1 career. The celebrated race car driver is known to play tennis with his father while relaxing away from the grid during the off-season.

His hot streak of world championship titles with Mercedes has continued from 2017.