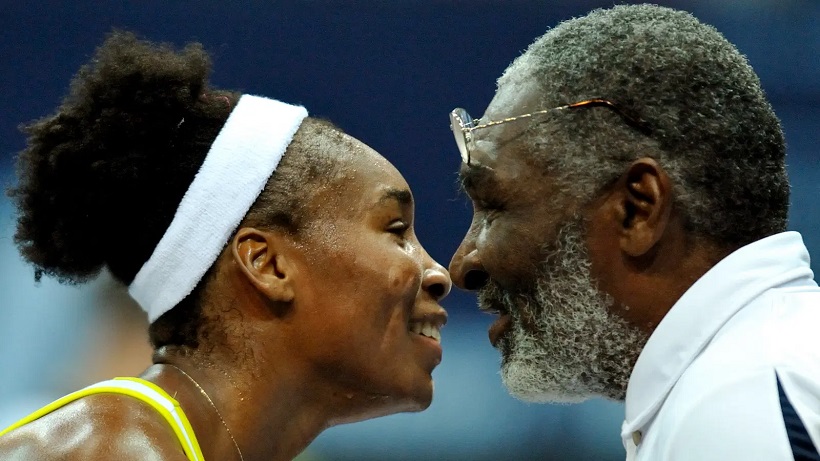 Although Venus Williams may be approaching the twilight of her career, this hasn’t stopped the 41-year old from getting an early start in preparation for this summer’s hard-court series, that culminates with the Australian Open.

The seven-time Grand Slam champion reached the second round of last year’s Australian Open, but fell in the first round at Miami, Madrid, Parma and Roland Garros. However, the two-time US Open champ was seen ramping up her preparations for Australian Open, alongside her father, Richard Williams.

The elder Williams was the first coach of both Venus and Serena Williams, and has been a driving force behind their success. Now 79-years of age, Richard Williams was seen assisting Venus with her training, acting as an instructor and motivating her as she completes the exercise.

Fans are quite aware that Richard Williams was the first coach of both Venus and Serena Williams. It is surely because of his efforts that the fans are able to witness two incredible champions on the court today.

In the comment section of the post, a fan wrote, “Mr. Williams is still at it… 30+ years later.” Venus was surely happy to read it and replied, “Every Practice.”

Interesting that @Venuseswilliams seems to be suggesting Papa Williams is a regular in practice. Amazing! I can relate with the culture that you’re never too old to tap from some parental wisdom. Bless them. pic.twitter.com/SkXhhqnzJM — Purview

The American legend got off to a great start at the Wimbledon Championships 2021 as she won her first match. However, Ons Jabeur bageled her in the second set of the second round and thrashed her in straight sets there. She also partnered up with Nick Kyrgios in the mixed doubles category at the Grand Slam but the Australian injured himself and as a result, she also had to withdraw without playing the second round.

Venus Williams is 41 now and in such a situation, it is tough for her to perform well consistently. However, fans still have huge expectations from her and believe that her dad, Richard Williams, might be able to bring her back on the winning track. Will she be able to succeed at the US Open 2021?

Lilibet christening: Royals have ‘no appetite’ to organise it for Meghan and Harry