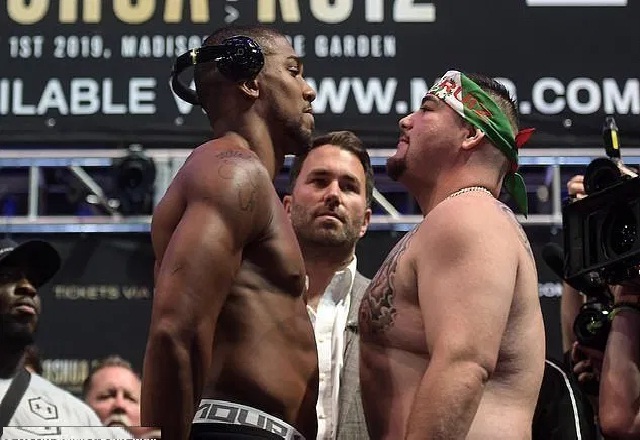 AJ prepares to come face to face with Andy Ruiz Jr in Saudi Arabia today in the first of three press conferences in the next three days.

The fighters will then appear at press conferences in New York on Thursday and finish in London on Friday.

Promoter Eddie Hearn has said “He’s looking into the eyes of a man who has beaten him, and it will be interesting how he reacts,” Hearn told Sky Sports.

“I don’t think AJ likes him, he doesn’t like the comments that have been made. It’s going to be lively. There will be respect because they had a great fight, but there will be an edge.

“AJ has got that spite back. I’ve seen it in the build-up. I like seeing that – it has to be controlled aggression and controlled spite. You’re going in to knock somebody out and that’s what AJ wants to do.”

This comes following Ruiz’s statement that he plans to “end the career” of Joshua.

Nate Diaz: “Conor McGregor And I Are NOT Friends – not at all.” I’ll whoop his ass… SEE FULL DETAILS