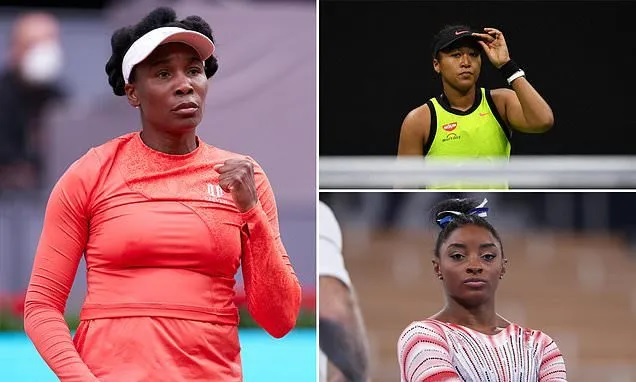 Tennis superstar Venus Williams candidly shared her own mental health struggles as she praised athletes Naomi Osaka and Simone Biles for speaking out about their own battles. Williams, who was diagnosed with an autoimmune disease in 2019, wrote in an op-ed for the New York Times that it was ‘wonderful to see so many athletes, such as Naomi Osaka, Simone Biles and Michael Phelps, talk about the need to tend to the inevitable psychological issues that bubble up for all of us.’

She added it’s ‘frustrating’ to learn that only an estimated half of those suffering with mental illness get the treatment they need. ‘As we confront the devastating impact of the pandemic, support for our mental health is more urgent than ever. I would imagine that if you’re reading this column, you know someone who has or is struggling emotionally. I know I do.’ 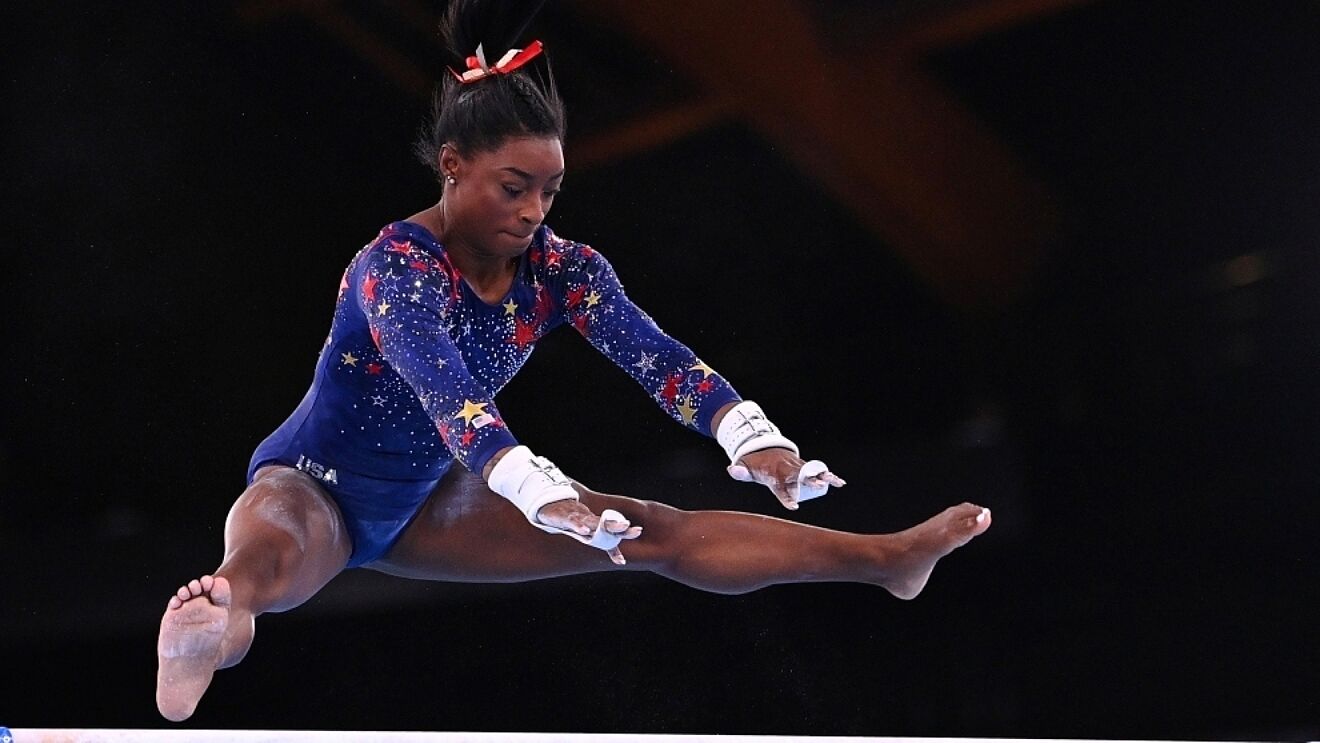 The Compton native said when she was diagnosed with Sjogren syndrome – an autoimmune disease where the body’s immune system attacks its own healthy cells that produce saliva and tears – she had little knowledge on how to manage and overcome the illness.

Williams said she worked with doctors to treat the physical elements of her disease, and sought out mental health professionals to help her understand the emotional elements of it. ‘I may be a professional tennis player, but I actually don’t think I’m that different from everyone else. All of us face mental health challenges resulting from the inevitable setbacks and uncertainties of life.’ 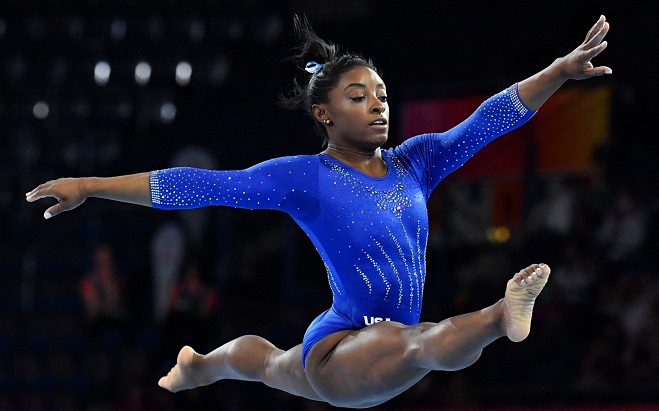 The tennis pro said she partnered with the therapy service BetterHelp and the Women’s Tennis Association, providing $2 million toward free therapy to anyone who signs up and and supports efforts to ‘remove associations of shame attached to mental illness.’

‘I am excited to lend my voice to destigmatizing mental illness, and it starts here: Let’s show up for ourselves and for each other and recognize what it takes to be truly strong,’ Williams wrote. Williams was also forced to pull out of this year’s U.S. Open due to a leg injury. Back in May, 24-year-old Osaka pulled out of Roland Garros after being punished for refusing to do media conferences, saying her mental health was adversely impacted by certain questions. 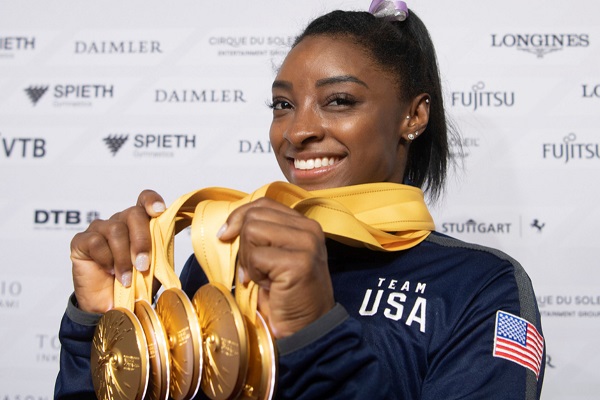 In June, Osaka made headlines once more when she announced she was withdrawing from Wimbeldon – her second major tournament in a month. The four-time Grand Slam champion’s first press conference since withdrawing from the French Open ended in tears after a reporter questioned her about how she has benefited greatly from media attention, while avoiding speaking to the press.

She told the reporter, who was identified as Paul Daugherty, a sports columnist for the Cincinnati Enquirer, that she was proud of her decision to refuse the media briefings. 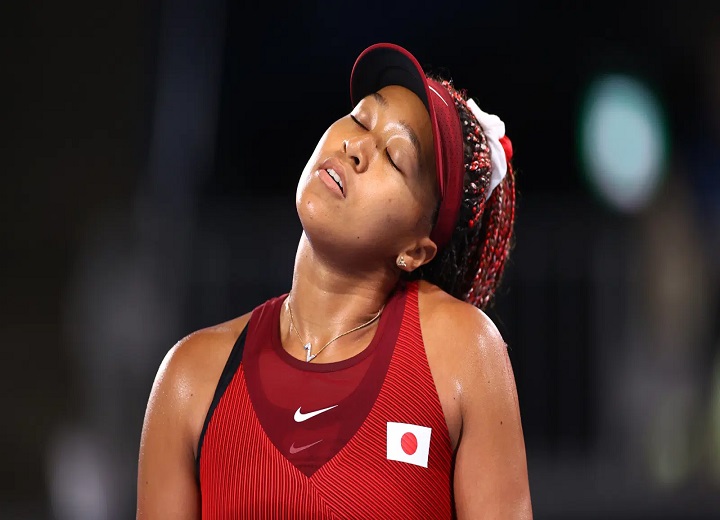 In August, she wrote a candid Instagram post, saying: ‘I’ve been reflecting over this past year. So grateful for the people around me because the support I feel is completely unparalleled,’ she wrote. ‘Recently I’ve asked myself why do I feel the way I do, and I realize one of the reasons is because internally I think I’m never good enough.’

Heading into the Tokyo Olympics, Biles was widely viewed as the greatest female gymnast of all time, having earned 19 World titles and five Olympic medals – while also performing a number of skills that are so tricky, no other woman has ever attempted them in competition.

But she stunned the world when she withdrew from the women’s team competition at the Olympics, citing mental health concerns as the culprit. ‘This Olympic Games I wanted it to be for myself but I came in and I felt like I was still doing it for other people. It hurts my heart that doing what I love has been kind of taken away from me to please other people,’ Biles commented on her decision to withdraw. 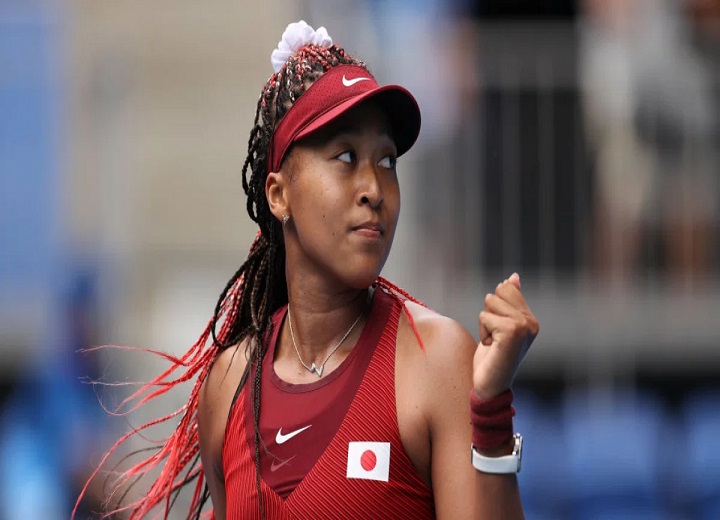 Biles ultimately went on to win the bronze medal on the balance beam. In an August interview, she said that she hopes that her decision to speak out about her own mental health issues will increase awareness about the stress of dealing with the high-pressure situations that elite athletes have to face in their day-to-day lives.

‘Nobody understands the platform that we’re on,’ she said, adding: ‘Not a lot of people can relate to winning and to being an elite athlete and to doing the things and breaking the barriers that we’re doing.

Venus Williams: “Olympia Will ‘Be Chair’ of Next Year’s Met Gala”