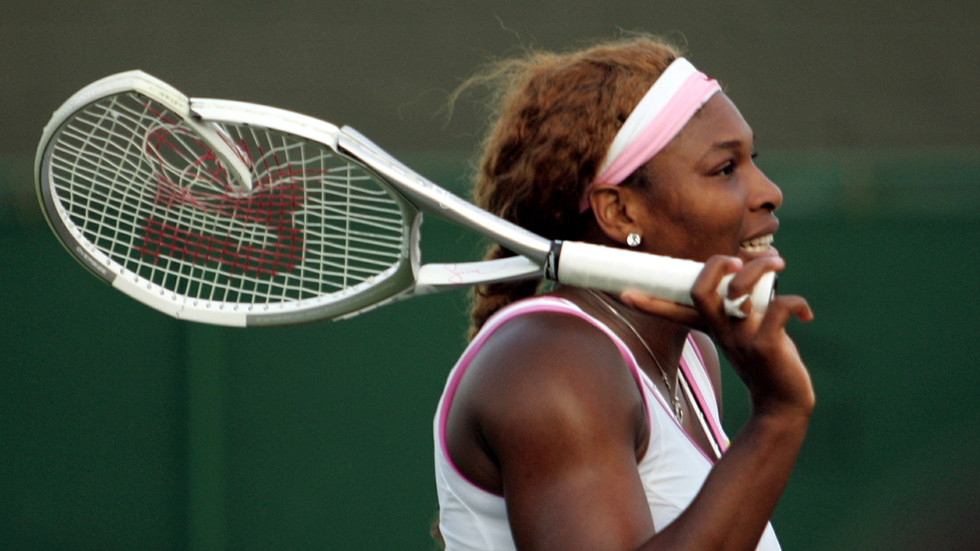 A tennis racket that US tennis star Serena Williams smashed in fury on the grass of the All England Club in 2005 did not sell at auction at Los Angeles auction on Thursday after buyers were put off by the $8,000 starting price.

No one at the auction bid on the racket that the American tennis icon used in the first round of the 2005 Wimbledon against her compatriot Angela Haynes.

Williams lost her temper after dropping the first set 6-7 and mercilessly smashed her Wilson racket on the grass.

She later signed it and presented to a fan in the stands.Williams eventually went on to win the match, claiming the following two sets 6-4 and 6-2.

She reached the third round of the prestigious grass tournament before being eliminated by Jill Craybas of the USA.

“The tennis racket used by Serena Williams at Wimbledon in 2005, famously smashed by Serena after losing the first set in the first round against her childhood friend Angela Haynes, before ultimately winning the match,” said Nate D. Sanders Auctions, where the racket was put up for sale on October 31.

According to the website, no bids were registered at the auction and the exclusive tennis item remained unsold.

The 2005 women’s singles title was won by her sister Venus Williams, who defeated fellow American Lindsay Davenport in the final

Players Of The Decade: Roger Federer