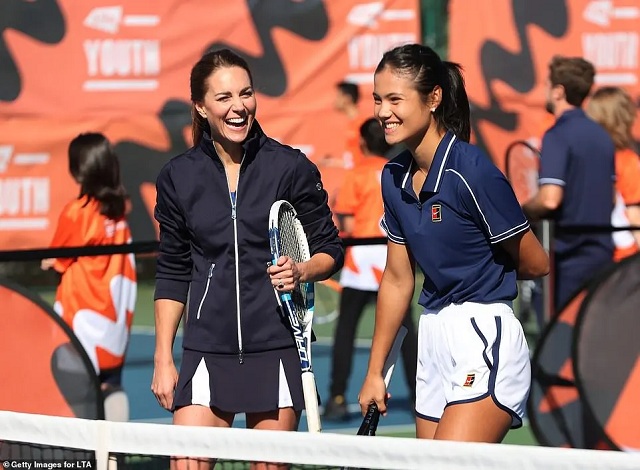 The Duchess of Cambridge appeared in great spirits today as she enjoyed a game of doubles with US Open winner Emma Raducanu, after gushing that the teenage tennis sensation’s recent victory was ‘seriously impressive’.

Kate, 39, who has returned to work following her annual summer break, looked appropriately sporty in a blue tennis skirt, matching zip-up £90 tracksuit jacket from French sportswear brand Poivre Blanc and On tennis shoes, developed with Roger Federer, for the visit at the National Tennis Centre in London. 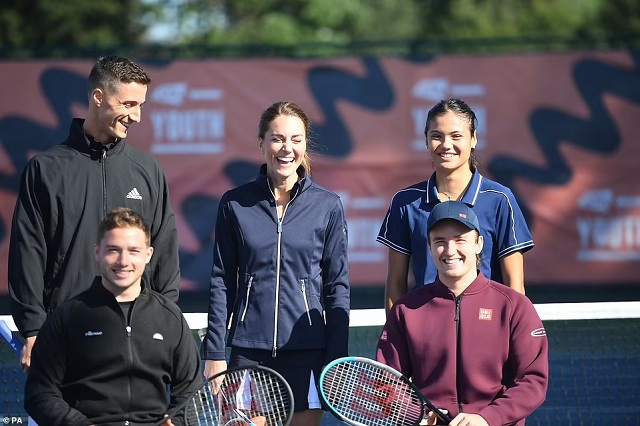 Appearing as equally ready for their match, teammate Emma, 18, who became the first British woman to win a grand slam title for 44 years when she won the US Open earlier this month, just weeks after collecting her A-level results, donned a blue T-shirt and white shorts for the outing.

Kate and Emma were teamed up for their first shots before swapping to opposite sides of the court to play with other British US Open winners, Alfie Hewett and Gordon Reid, who won the men’s wheelchair doubles, and men’s doubles champion Joe Salisbury. 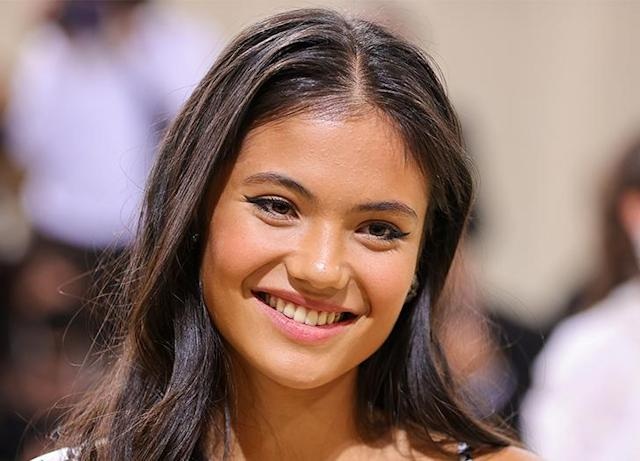 The royal is patron of the Lawn Tennis Association’s (LTA), which organised the homecoming event today to celebrate the success of the UK’s stars at the recent grand slam, with a thirty-minute show of the action aired on BBC iPlayer and BBC Sport online.